Humaima Malick is a Pakistani actress who appears in Urdu and Hindi films and serials. She made her film debut in the social-drama film Bol for which she receives critical acclaim and Lux Style Award for Best Actress.

Humaima Malick also tagged the show’s lead actor Emraan in the post, with whom she has earlier worked with in a Bollywood film ‘Raja Natwalal’ back in 2014.

When the show’s trailer was released, a number of Pakistani celebrities such as Mehwish Hayat, Mansha Pasha and others raised their voices and demanded action to be taken against the makers of the series. DG ISPR Asif Ghafoor also took notice of the anti-Pakistani series and criticized SRK for producing an ‘unrealistic’ film. 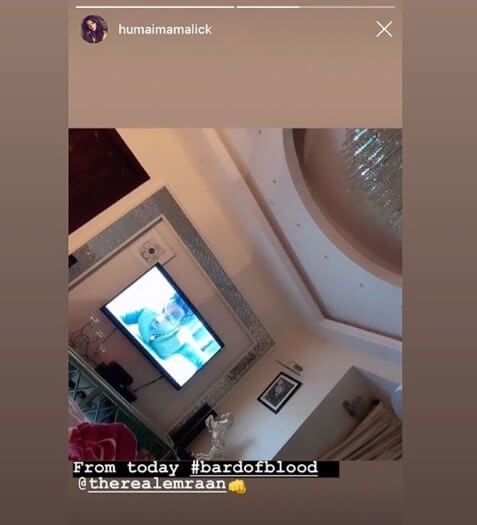 ‘Bard of Blood’ focuses on former spy-turned-professor Kabir Anand played by Emraan. When a handful of Indian intelligence officers are captured in Pakistan’s province Balochistan, regional expert Anand is deemed the only one who can save them.

‘Bard of Blood’ has begun streaming on September 27.