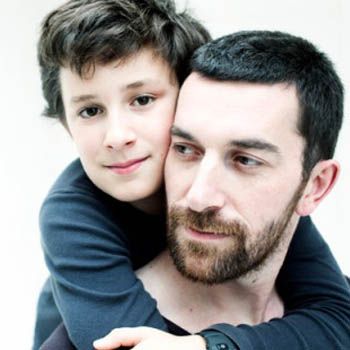 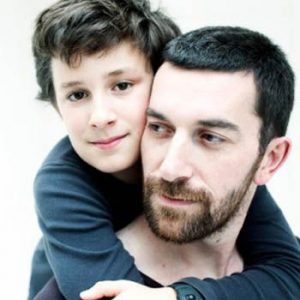 Puberty usually hits boys at the age of eleven. Like girls, boys are also hitting puberty in early age. But the question arises that how and when should a father talk with his son about puberty. Fathers usually hesitate to talk on such issues with their s

Puberty is a natural phenomenon that occurs in both girls and boys. Basically, puberty refers to physical and emotional development of kids into young men and women and usually occurs during adolescence. A number of physical and emotional changes can be seen in boys and girls when they reach at the age of puberty. But now signs of puberty are shown before the right age. Girls and boys are hitting puberty earlier than ever.

Early puberty can be difficult for kids emotionally and socially and can be sign of many health problems. Boys become more aggressive and undergo many physical transformations. Obviously, puberty is different for boys and girls. There is a strong need for father to guide their sons about early puberty so that they can be safe from difficulties.

Researchers announced in the journal pediatrics that boys are maturing two years earlier than ever. They are hitting puberty at the age of nine. Fathers should talk to their sons at the age of nine about puberty to keep them safe from confusion and other problems. Being a father, it is your duty to guide your son about puberty.

Mothers usually talk about puberty with their daughters as they observe any physical changes in their daughters and also give them suggestions and advices regarding early puberty. Earlier puberty in girls is now widely accepted and considered as normal. But now like girls, boys are also maturing at younger ages. Mom often feels awkward to talk to their sons about puberty so it is the responsibility of a father to talk to his son but the problem is fathers are not explaining puberty to their sons.

They hesitate to speak about puberty with their kids and therefore their son is facing different kind of complexes and difficulties. There is need to socialize fathers about how and when should dads start talking with their sons about early puberty.

The normal age of a boy of hitting puberty is eleven years. But researchers found in the journal of pediatrics that boys are maturing sexually up to two years earlier before ever. They are maturing at the age of nine that is two years earlier than boys did a few decades ago. For parents, it is necessary to do conversation with their sons about it. When hormonal changes occur in the early ages, the outcomes can be really confusing and angry, if kids are not ever talked about their early maturity. As adolescence takes root and kids experience these changes earlier in their life thenit is very difficult for kids to understand these changes.

When your kid enters to the age of nine, you must have detailed discussion with your son about how body will change over the next few years. As a father it is your responsibility to guide your son. Let him know that there is nothing to be embarrassed about and allow him to ask questions. Although the changes in a mature boy are mostly physical but there is a huge emotional component too.

You should patiently answer all the questions of your son because he needs your guidance now more than ever.  Explain that these changes are normal. Don’t be embarrass, talk to your kid in a friendly way about puberty.