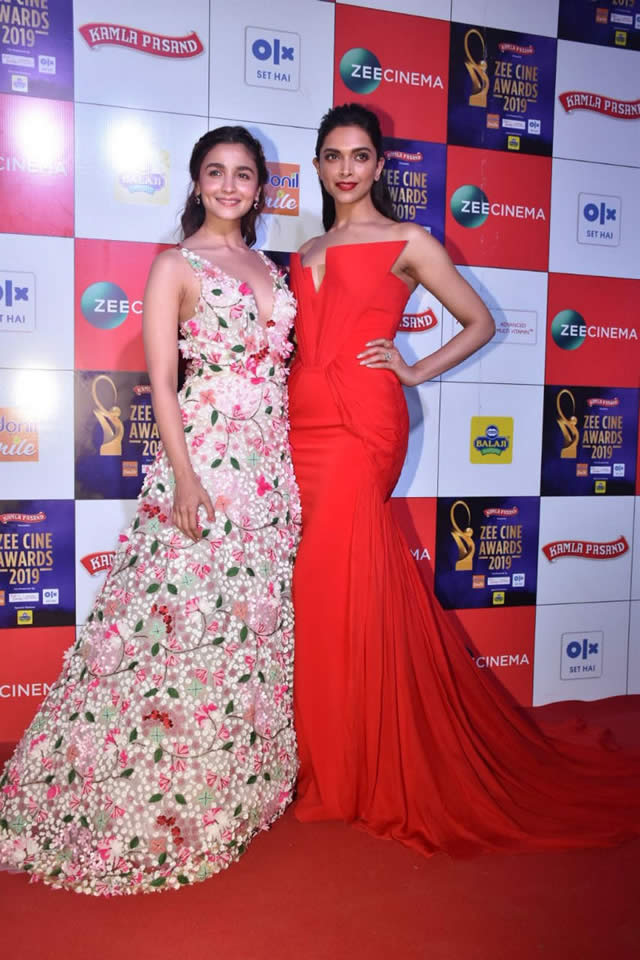 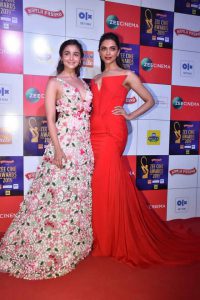 A host of Bollywood celebrities came under one roof as they attended the Zee Cine Awards in Mumbai on Tuesday. Malaika Arora walked the red carpet in a dramatic silk gown with a thigh-high slit. With her hair on one side, the reality show judge posed for the cameras with confidence. She was also spotted bonding with Saheb Biwi Aur Gangster actor Chitrangada Singh who attended the event in a floral gown.

Malaika’s ex-husband Arbaaz Khan, who is now hosting a new online show Pinch, arrived at the event with girlfriend Giorgia Andriani. The two complemented each other in black and white.

Actor Ranveer Singh also attended the event and was a dapper in a black suit. Sunny Leone too, walked the red carpet with husband Daniel Weber.

Luka Chuppi actor Kartik Aaryan and Uri: The Surgical Strike actor Vicky Kaushal were the hosts of the evening and were among the first ones to arrive on the red carpet. Both of them looked dapper in tailored suits. Vicky was also accompanied by his father and stunt director Sham Kaushal and mother Veena.

Ankita Lokhande, who made her Bollywood debut with Kangana Ranaut’s Manikarnika: The Queen of Jhansi, turned up in a pink gown for the awards night. MS Dhoni: The Untold Story actor Kiara Advani sizzled at the event in a yellow gown with a long trail.

Among others were Sacred Games actor Kubbra Sait and Pataakha actor Radhika Madan. Aparshakti Khurana, who played a pivotal role in Luka Chuppi, also walked the red carpet in an indo-western outfit. His brother Ayushmann Khurrana was one of the first performers at the event.