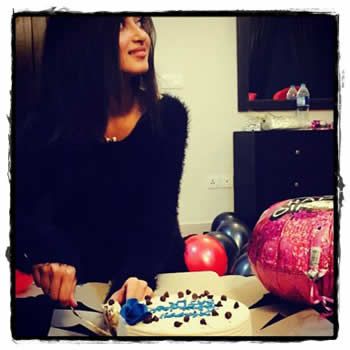 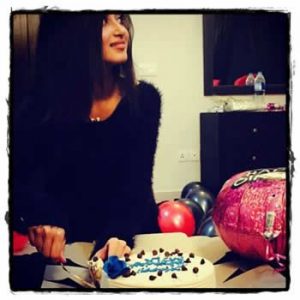 Sajal Ali celebrated her 21 birthday party on 17th January, 2015 on set with her friends.

Sajal Ali turned 21 years old on 17th January, 2015 and celebrated her brithday with friends and family. The actress Sajal made her TV debut at the age of 17 with drama serial  "Mehmoodabad ki Malkain" and also starred in dramas like Sannata, Nanhi and Aasmanon Pe Likha.

She is also being appreciated in India with "Mere Qatil Mere Dildaar" which is aired on Zee Zindagi and also her performance in Gauhar-e-Nayab aka Gauhar.

She celebrated her birthday on set with her co-actor Ahsan Khan and with her friends. Sajal also got a birthday surprise from her "Chup Raho" co-actor and her fiance Feroze Khan.

Take a look at Sajal Ali's 21st Birthday Party below