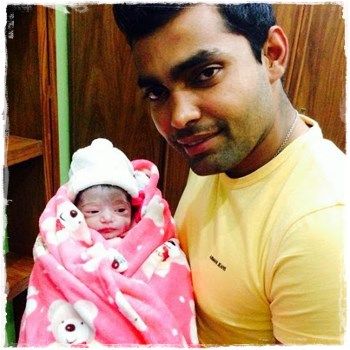 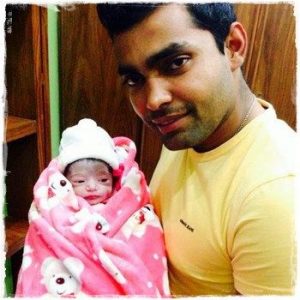 Well known Pakistani star cricketer Umar Akmal celebrating one of the biggest happiness of his life after becoming father of a baby girl.

Umer Akmal is in full swing not because of the arrival of world cup but there is one more reason to it. The famous middle order batsman Umar Akmal is going to have a master blaster Cricket World Cup 2015 as a blessing has arrived at his doorstep.

Umar Akmal’s wife Noor Amna is blessed with a baby girl. The team player shared the big news on the micro-blogging site twitter with a picture of his newly born baby girl born on Thursday.

Umar Akmal is a part of final squad of world cup 2015, will be leaving for the world cup destination Australia and New Zealand next month.

Umar’s excitement for this beautiful addition in his family will definitely boost his performance in coming Cricket World 2015.