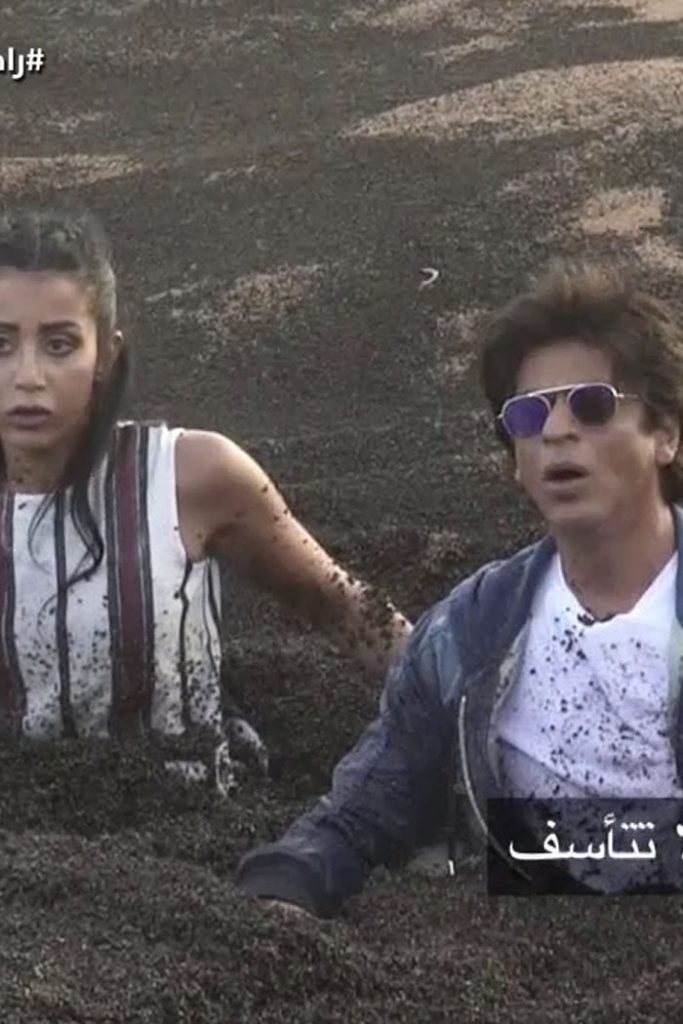 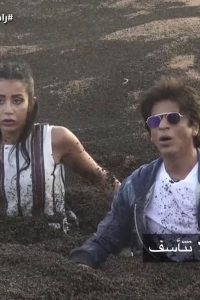 Shah Rukh Khan had recently travelled to the city of sand dunes to shoot for a sequel to Dubai Tourism’s promotional video.

While there, King Khan was invited to a TV show called Ramez Underground, an invitation he graciously accepted. However, the show’s considered to be a prank show, and the host decided to try and pull a fast one on Shah Rukh. The actor would probably not have imagined he’d ever get pulled into one of these stunts, given his status of a superstar. But things soon went sour.

As part of the prank, Shah Rukh Khan fell into a mud pit along with the female host of the show. Being the gentleman he is, SRK made sure that the female host was fine. Out of nowhere an animal, quite like a komodo dragon, appeared to scare the actor. Shah Rukh tried his best to remain calm and brave in front of the animal. It turned out later that the giant lizard was none other than the host of the show.

Naturally, Shah Rukh was furious with the host. A video of the prank gone wrong later shows the host, who also seems to be a fan of the star, pleading with him for forgiveness. SRK, however, seemed to be in no mood to pay heed to his appeals. Quite evidently, the prank had left Shah Rukh red-faced, and backfired on the hosts.