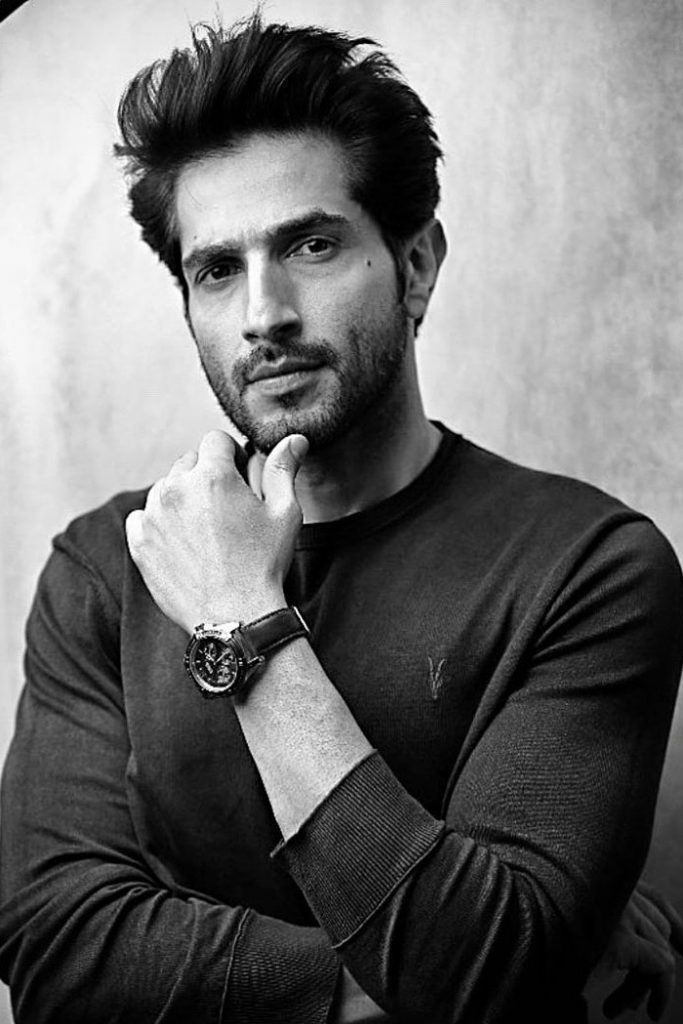 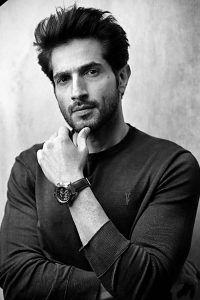 If you are a true Bollywood buff, one look at Bilal Ashraf’s avatar in Dharak Bharak will remind you of Ranveer Singh’s Tattad Tattad. If it doesn’t than you better up your game.

Ashraf plays a superstar in Superstar. Sameer Khan is a huge name in the film industry and Dharak Bharak is one of the many roles he plays in the course of the film. While the fate of the superstar in the film is not clear, Ashraf has a lot of thoughts regarding his ripped physique and the attention it has garnered before the release of the film.

“You see, it’s simple,” he tells The Express Tribune. “It’s a character in a character. So, Dharak Bharak was supposed to be portrayed Sameer as this extremely flamboyant, chichora boy, if I may say. So all that came with the package.”

“Oh 2000%! It was definitely inspired by him,” he shared. “It is basically inspired by all the songs like Tattad Tattad. When I read the comparison with Ranveer, I was like’brilliant!’. I was hoping to portray that and I think it was conveyed in the same manner. I’m not playing Sameer Khan in that song. The song was supposed to be as outrageous as Malhari or any other Ranveer song.”

Ashraf went on to add how he took the very song as a challenge.

“It took me a year to make that physique,” the actor commented on his shirtless appearance in the film. “I wanted my fans to get a message on how you should work tirelessly at the gym, rather than consuming steroids. After Dharak Bharak, people on the streets have started looking at me very differently.”

Talking about his experience on working with Mahira Khan, director Ehteshamuddin and writer-composer Azaan Sami Khan, the actor shared it was phenomenal. “Ehteshamuddin is an actor’s director. He’s done theatre, he’s done dramas – so he easily understands actors,” he remarked. “He knows his craft so well that you don’t really have to worry about how you are being essayed onscreen.

You build that bond with him that you completely let him take over and the results would still be what you would have wanted. Someone like me needed a director like him, who could guide him better. You learn so much from him.” The film also stars huge names such as Nadeem Baig, Javed Sheikh, Zahid Malik and Marina Khan so naturally Ashraf often felt like a kid facing the giants.

“The film has so many legends, so many veterans, it felt overwhelming. It has been a great learning experience,” added the Janaan star. Talking about sharing screen with Mahira, Bilal added, “She’s a sweetheart. Mahira never threw any tantrums on sets, I think other actors have a lot to learn from her.” The actor was last seen in Urwa Hocane, Gohar Rasheed starrer Rangreza.

“I took a break after Rangreza because I thought I needed to work on my acting skills. I took a lot of acting courses and classes because I thought I do need them,” he went on. “Constructive criticism is always needed. When I signed Superstar, I left everything behind. I feel like a different person after the film.”

The actor thinks his character in the film isn’t all that similar to him. “Maybe the romantic side of Sameer. But I don’t consider myself a superstar. I think I was the last one who was cast. The film came to me about two and a half years ago but at that time I refused it since I was working on multiple projects,” Bilal revealed. “Then it just took its own journey.”