Alizeh Shah is a Pakistani actress. Her performance as Palwasha in Ishq Tamasha earned her the Hum Award for Best Television Sensation.

Alizeh Shah has played the role of Dua in Ehd-e-Wafa. She has played the main roles in Hoor Pari, Jo Tu Chahey, Mera Dil Mera Dushman. and Taana Baana. Recently, Alizeh sat down for an interview to share their journey through showbiz. Among other things, the interviewer asks questions about the viral video. Alizeh Shah Said “Do you know I was with my family in that car? If my family does not have any issues, who are these nameless, faceless people on social media who decide to judge me?”

It’s easier for me to just disconnect from social media. I know that controversies don’t last for longer than two days and, after that, these very people will be watching my drama and getting excited about it.” 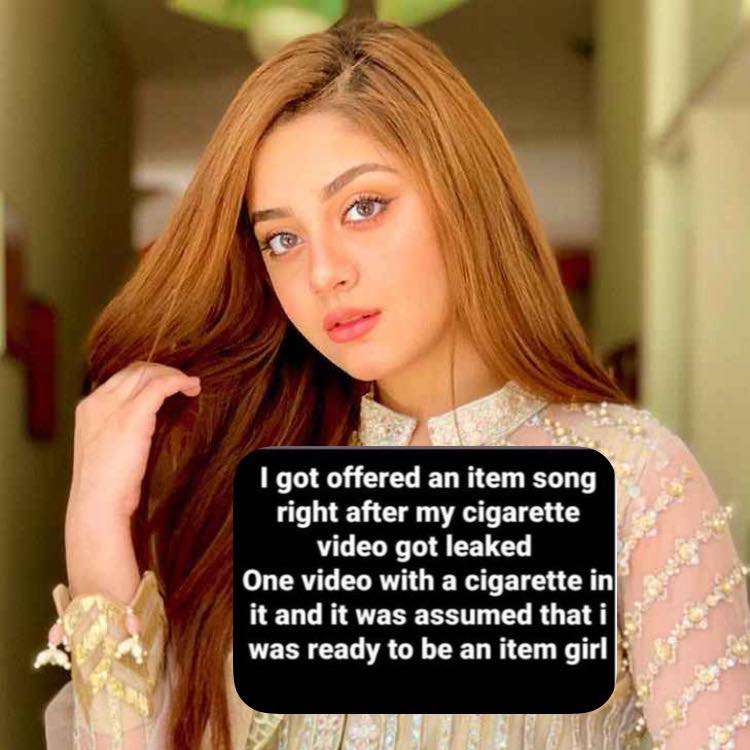 “You know, I even got offered an item song right after that video got leaked? One video with a cigarette in it and it was assumed that I was ready to be an item girl! The song had some crazy lyrics, about Kalashnikovs for eyes. My friends and I were in hysterics when we heard it!”