Dance video is going viral on social media after the announcement of the divorce of Bollywood's Mr. Perfectionist Aamir Khan and his ex-wife Karan Rao.

Bollywood actor Aamir Khan and his production team are currently shooting for the film "Lal Singh Chadha" in a village Wake in Ladakh. Videos from the set of the film during the shooting and behind-the-scenes footage are being shared on social media.

A similar video has recently gone viral on social media in which Aamir Khan and his ex-wife Karan Rao can be seen dancing together. Aamir Khan and Karan Rao are adorned with Ladakh cultural costumes "Kos" and "Salma" and both are performing Ladakh's local dance "Gumba Samashk" with the locals.

Meanwhile, the smiles on both their faces can be clearly seen. This video of Aamir Khan and Karan Rao is going viral on social media. 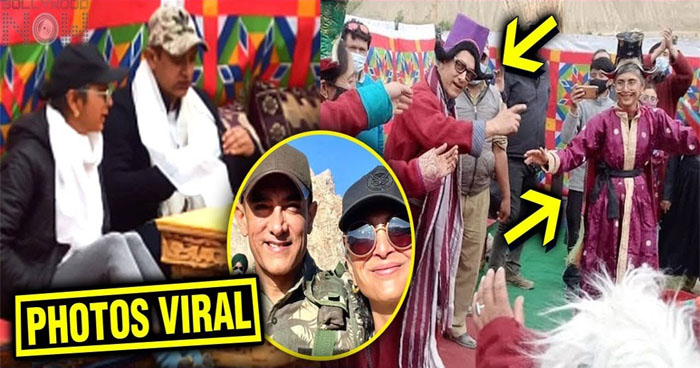 Apart from Aamir Khan, actresses Kareena Kapoor, Mona Singh, and Naga Chetnia will be seen in important roles in the film "Lal Singh Chadha". The film is said to be a remake of the 1994 Hollywood film "Forest Gump". The film is directed by Advit Chandan while Aamir Khan Production Company is producing the film. The film is expected to be released this Christmas.

It may be recalled that Aamir Khan and his second wife Karan Rao had earlier this month surprised their fans by announcing their separation after 15 years of marriage. However, he said that they have ended their marriage by mutual consent and they will raise their son Azad together. In addition, in their video statement, Aamir Khan and Karan Rao had said that despite the separation, we are one family.

Sanam Jung Opens Up on Reports of Trouble in Her Marriage