Sanam Jung Opens Up on Reports of Trouble in Her Marriage

Sanam Jung is a talented star who has been part of the industry and has given back-to-back brilliant performances. She has hosted morning shows and proved herself as a good host.

Pakistani actress Sanam Jung sat down for an interview with a publication and once again addressed rumors regarding her marriage. Moreover, she talked about her experience as a host and her plans to work in films.

While talking about hosting morning shows, Jung said, “I didn't start hosting programs after I started my acting career. Rather, I worked as a host first and then moved on to acting."

The Mein Na Janoo actor added, “Those who criticize the hosts of the present age are beyond comprehension because every age has its own demand. Today, if someone is hosting a program, then, of course, she is doing it according to the will of the channel and only if people are watching the show, then the show is running." 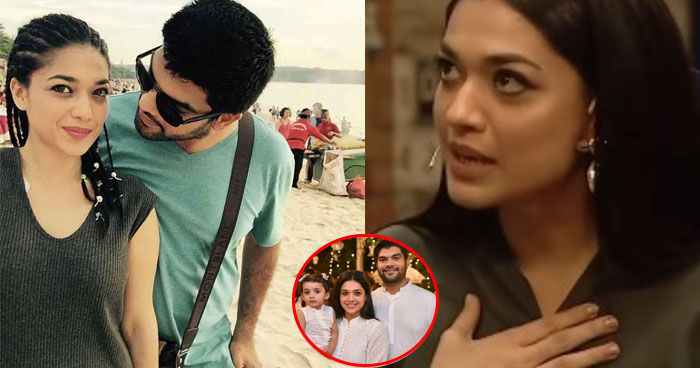 The actor further shared that she does not have preferences when it comes to roles but with few films offers she has not yet liked the roles offered to her. She shared, “Everyone has set their own boundaries, so if I am satisfied with a role, I will definitely work in a film.”

Jung once again shut down divorce rumors, she stated, “I was not upset at all due to the false news of my divorce on social media. Just because I didn't post pictures with my husband, everyone thought we had gotten a divorce.”

She further added, "Someone wrote the same thing in the comment below my Instagram post, so I also jokingly wrote that it happened because of you. I did not expect that this joke will spread so much that it will put pressure on the family as well."