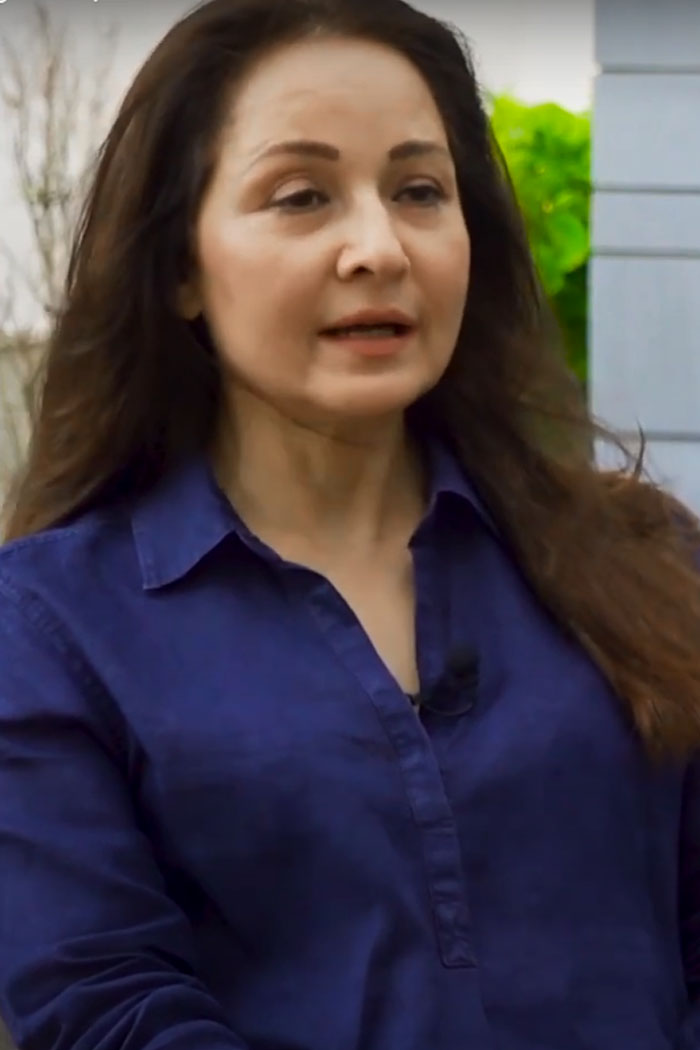 Who doesn't know actress Zeba Bakhtiar, she has her own identity because she was the daughter of Pakistani bureaucrat Yahya Bakhtiar and she made her rare place by working in both Pakistan and Indian film industry at the youngest age. Zeba's father did not allow her to work in films and dramas, so the famous Pakistani playwright Hasina Moin personally met her father and gave permission to Zeba. Appeared in stage dramas

Recently, actress Zeba Bakhtiar gave an interview to VOA in which she is telling the story of her departure from Pakistan to India, how she left Pakistan to work in Indian films. Zeba says: "I suddenly got a phone call asking where Zeba was. I was in London at the time and was doing a stage show. Anyway, the phone was from Hasina Moin. They told me where to go. Come here to India." Immediately, Rishi Kapoor is sitting here

We just need a promo from you, I said Hasina Apa, you know about Papa, how is he, how will he allow me to go to India? To which Hasina Moin said nothing happens, it is just a matter of 3 days and I then made my visa, etc. and got the ticket work done as my father had a relationship then the work was done immediately and I went to India, then there with my Rishi Kapoor Met It was a very different experience for Mary. '

But I loved it, and then I met Lata Mangeshkar, I had the opportunity to dance to her song, it was a matter of great pride for me, well that was just the beginning since then Made countless plays and films.

Zeba Bakhtiar further said that if my son gives me permission, I will get married again. Actress Zeba's first marriage took place in Quetta whose name has not come to light to date, and then she also got married to Javed Jafari, Adnan Sami, and Salman Velani, but these four marriages failed. His daughter has been adopted by his sister while he and Adnan Sami have a son Azan.

Zeba's brothers Karim and Saleem are both doctors and her mother's name is Sylvia Bakhtiar. Zeba first started her career with the film Hina while Zeba also appeared in the blockbuster film Bin Roi in Pakistani films. Her birthday falls on November 5 and she will turn 58 in November this year.