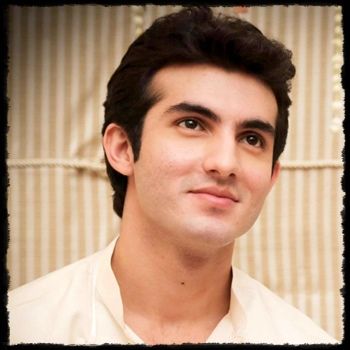 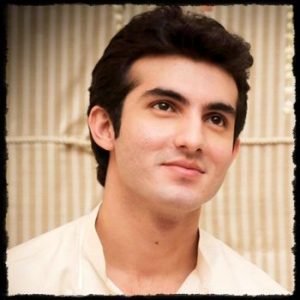 Shehroz Sabzwari is a young talented Pakistani actor who is much liked by the Pakistani fans. The actor has appeared in couple of Pakistani drama serial and his work is applauded by the youngster and seniors at a positive level.

Shahroz popularity has reached to the borders as the actor will soon be making his Bollywood debut in acclaimed Bengali director Riingo Banerjee's upcoming project titled Luv Story. The film has also famous co stars working closely with Shehroz, the names include Riya Sen, Zarina Wahab, Aryann, Bidita Beg and Mukesh Tiwari among others.

"Producer Shamik Basu counted me after coming across my Hum TV Awards performance as well as a few pictures. He said he wanted to launch me into Bollywood which was obviously great news to me, there are so many superstars going to Bollywood and it is such a monumental opportunity. The director liked my looks and considers me after seeing my performance at Hum TV awards. Though was not instantly casted. They were looking for multiple options. Then I was sent audition tapes from Pakistan that [my wife] Syra (Yousef) informed that I had been selected for the role. " Shares Shahroz.

Shehroz also expressed his willingness to work in an Indian project and is confident that he is being chosen on the basis of his talent.  "I'm also really excited to work with Riingo as he will be making his debut in Bollywood as well. He is essentially a Bengali director and I have immense respect for that industry, as it is full of highly-educated individuals and has produced brilliant filmmakers such as Satyajit Ray."

Luv Story revolves around three friends - Luv (Sabzwari), Madan Chhetri aka MC (Aryann) and Kushali (Beg) - who grow up in an orphanage in Kalimpong and the dynamics of their relationships. Zarina’s character adopts Luv after her son’s death. This movie is not a typical Masala film but requires Shehroz to establish himself as an actor first and foremost through his mind-blowing acting skills.

The actor will soon be travelling to India in early January to do press conferences. The film shooting will start towards the end of that month.