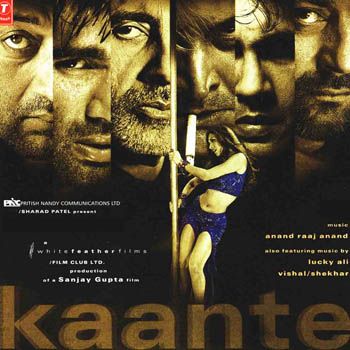 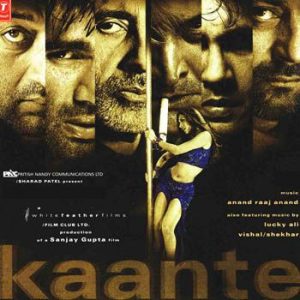 The action packed Kaante coming back with the sequel starring the Bollywood throbs one more time including Sanjay Dutt, Amitabh Bachchan and Mahesh Manjrekar.

Kaante the brainchild of Sanjay Gupta is all set to release with a sequel. The film was appreciated by the viewers and was the talk of the town at that time. The director Sanjay Gupta rapidly achieved cult classic status at the release of this action thrilled film in 2002. And now, Gupta has announced plans to bring back three of the talked about cast members (Sanjay Dutt, Amitabh Bachchan and Mahesh Manjrekar) for a sequel. The film has also been nominated in filmfare awards 2003.

"We have a fantastic script," said Gupta." Since, in the first movie, all three had died by the end, you will have to suspend your disbelief when you watch the sequel. We are starting the film saying, ‘What if they were alive? If they hadn’t died and met 15-20 years later, what would happen?’ For Kaante fans, this film will be a real treat.

Gupta has already spoken to Sanju about the sequel. The actor is in jail right now and will soon be released for good. Working on this project will be started once the actor get released from the prison: "Yes, he knows about it. We are working on the script together. We have discussed it in detail. Even when he wrote to me (from jail), he said, ‘In my head, I am thinking and thrashing out what more we can do with it.’ Even before he went in, we were working on it."

The director has communicated with Sanjay Dutt and Mahesh Manjrekar about the comeback of Kaante. Still the talking’s with Mr. Amitabh Bachchan has left as he is busy in his upcoming Bollywood film with his daughter in law Aishwarya Rai Bachchan. The films name is ‘Jazbaa’. Mr Irrfan Khan will be staring in this Indian flick.