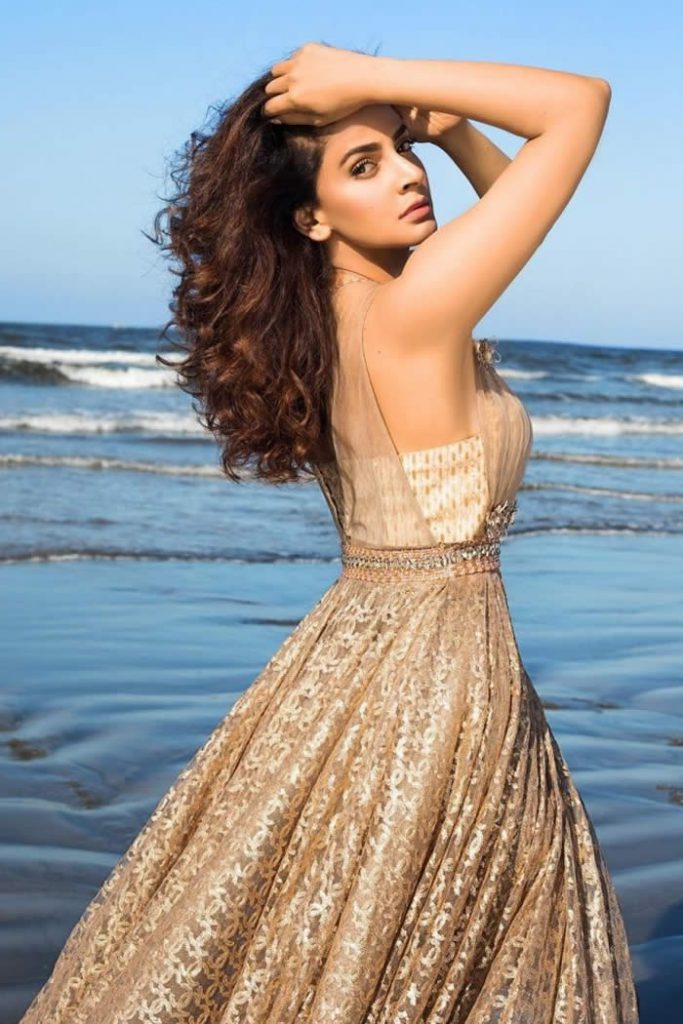 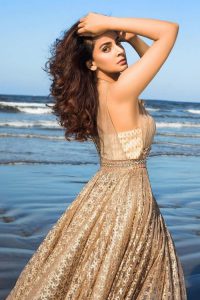 ‘Yes, I have found the person I’d like to settle down with,’ the actor told The Express Tribune

After laying low for a while Saba Qamar has once again become the talk of the town. This time around she is in the limelight for two different reasons; her sizzling photo-shoot by the beach that irked quite a few naysayers and second was a random marriage proposal to which she replied in affirmative.

It all started after Saba shared a gorgeous picture in a stunning pastel backless gown with the caption ‘If it’s meant to be, it will be.’ Under those pictures, Azeem commented, “Let’s get married? This year.” To which, Saba – much to the fans’ surprise, responded, “Qubool hai.”

Her response sent social media into a frenzy, as many thought she didn’t entirely mean it, particularly because she has also featured in a song with Bilal Saeed also titled ‘Qubool.’ Also, Saba is the last person one expects to land in a relationship, controversy yes, but marriage? Certainly not.

However, when The Express Tribune reached out to the Cheekh star, she confirmed that she was indeed getting married!

“Yes, I have found the person I’d like to settle down with,” Saba told The Express Tribune. “If everything goes well, I will be tying the knot very soon.”

The actor, who has been rather open about her break up, shared that a man changed her views. “Obviously, it is strange for someone like me – who has always discouraged relationships and has been vocal against the institution of marriage but here was someone who I got along with and was able to convince me otherwise,” she shared.

As for now, she is in love and absolutely loves it. Saba also excitedly explained that the gentleman is in fact the Azeem who commented under her picture. He is a successful Australian-Pakistani entrepreneur who hails from Karachi but is currently based in Sydney. Without delving more into her person of interest and their nuptial plans Saba preferred to remain mum about the wedding dates and any further details. “I know it’s a little sudden and premature right now but all I want my fans and followers to do is pray for my better life and wellbeing,” the actor commented.

The oncoming wedding celebrations are welcome news for Saba who has always spoken about her toxic relationships and how a specific breakup changed her view on life.

The Hindi Medium star, in an earlier interview with the publication, had shared that she has been single since 2011. “I have been single since 2011 but that breakup was life-changing,” Saba had revealed then. “The notion of love and romance these days is so flawed that it isn’t even worth considering. It’s a shame.”

“I have been single and it has been quite a fulfilling journey,” she had remarked. “People have the impression that there’s a cue of suitors waiting to take me away but that isn’t true. I wish it was the case, but that’s painting too rosy a picture of my life.”

“The problem with our society is that there are two types of families which come asking for rishtas – the conservatives and the liberals. But both of them want a maid in the form of a daughter-in-law who, if educated, can earn for the family and if uneducated, can work for the family,” she had commented.