Meesha Shafi Responds to Rumours about Her Going to Jail

Pakistani singer Meesha Shafi has responded to the rumours about her going to jail for accusing Ali Zafar of sexual harassment. 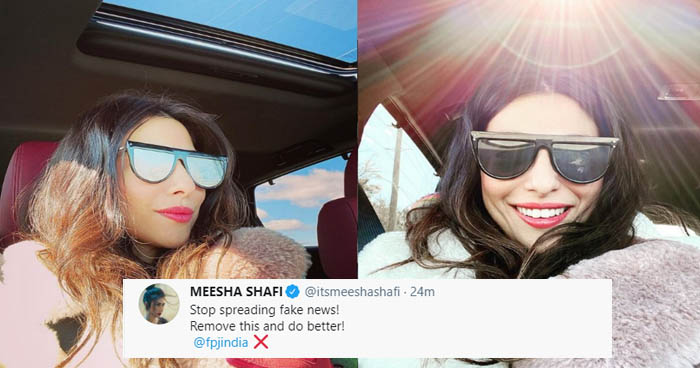 The singer took to social-networking platform Instragram and posted her picture with a caption, “Here’s a picture of me not going to jail.”

Meesha also posted a screen shot rebuffing the fake news and wrote, “Speaking up is even harder than being harassed. This is why so many suffer in silence.”

The artist became victim of disinformation campaign on social media stemmed from a report by British tabloid The Daily Mail.

"A Pakistani singer whose accusations that a pop star groped her sparked the country s #MeToo movement faces three years in jail for  criminal defamation  over damage to his reputation," the Daily Mail news stated. 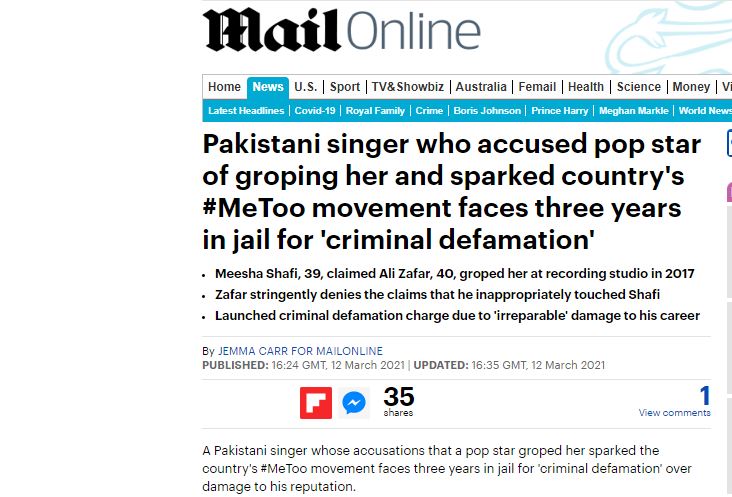 10:55 My husband walked into the room, gave me a pep talk only a true feminist ally would. ‘I want you to remember that what they’re doing once again reeks of desperation and fear. Don’t let it shake you, I know it’s easier said than done.’ This makes me cry. Thank you M ♥️

Saba Qamar is getting Married for Real!