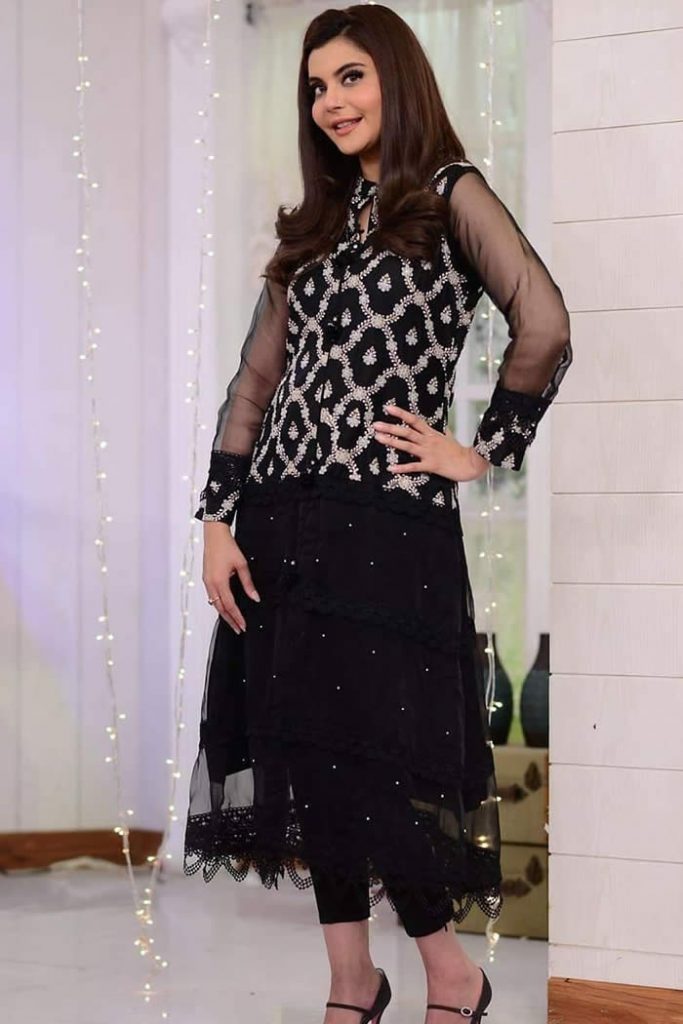 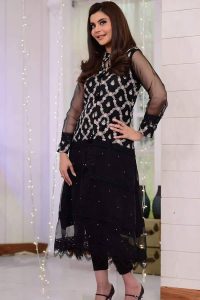 People often call out the problematic content being showcased by local morning shows, be it Sanam Baloch using them as a public platform for personal attacks or Sanam Jung promoting black skin or Nida Yasir using the young Ahmed Shah for ratings.

By now, even morning show hosts must be used to the criticism. Nida, for one, is back in the hot seat these days after a video of her showing off her shopping from a trip abroad, on her own show went viral. Since then, many have taken to social media and called out the host for being a show off.

Just saw the clips and got highly disgusted where #nidayasir is showing her vacation shoping on her live morning show to the crowd. If this is the content she is left with please make her show stop bleeding our eyes #PEMRA

Just saw the clips and got highly disgusted where #nidayasir is showing her vacation shoping on her live morning show to the crowd. If this is the content she is left with please make her show stop bleeding our eyes #PEMRA

There’s a clip from Nida Yasir’s talk show doing rounds on Facebook in which she’s showing all the clothes, shoes and bags she bought on a vacation recently, to an audience that cannot dream of even affording a single item on her list. Who’s going to school her about this?

However, on Monday, Nida took up the issue on the very same platform. “There are people who like to gossip to create misunderstandings. Most of you are very kind but there are some women who cannot see me and my family happy,” she began. “Some women have been complaining to my husband (Yasir Nawaz) on Instagram. Social media is being used for mere gossip now. Such tactics have left me beyond shocked.”

The actor further added that she had wanted to name and shame those who complained about her to her husband but thought it would be ethically incorrect. “It is extremely wrong to tell on me to my husband. If you do have any sorts of complains about me, then talk to me. Keep my husband out of it. Stop this childish behaviour,” she added. “I don’t understand why these women felt the need to create a disturbance in between my family. Thank God my husband won’t really take any notice of it but why would you want to ruin someone’s family life?”

Nida then came to the infamous video that has been circulating on social media. “I did a show last year and it somehow has resurfaced. When I say you are my friend, then that means I’d share everything with you. Let it be a good news or bad. I believe there’s a certain bond I have with my audience,” she explained. “If I went on a vacation and did some shopping and showed it to you all, what was wrong in it? There was much unnecessary spitter-spatter on the subject. I don’t understand how flaunting the items I bought on sale would equate to showing off?”

She added that the clothes morning show hosts wear everyday are not something they can afford. “If I can’t afford such nice clothes every day, does that mean I should stop wearing them? Please expand your thinking. If you love us, please support us. Don’t bash or hurt us. By trolling, you’re targeting us,” Nida asserted. “Worst of it was when my husband was named in this mess. He was pestered that your mother just passed away and your wife is doing all this on her show. It’s last year’s video. What kind of people are you?”

The anchor also thanked her well wishers but went on to add that she would stop hosting the morning show if that’s what the audience wished. “Bringing in the differences between my husband and my family isn’t something I signed up for and it is something I won’t tolerate.”

The Naadaaiyan star called out the social media users for conspiring against her as well. “I’ve always stayed quite on such matters (trolling) as I ignore these issues but this is harassment. Groups such as Soul Sisters have made a mockery our of everything. Its founder Kanwal Ahmed herself makes the guests on her show talk about issues from their personal lives… Issues that shouldn’t even be discussed onscreen,” Nida asserted.

“I’ve decided that from now on, if I see someone abuse me or drag my family in this mess, then I will be taking action. I will name, shame and report such women,” she said. “If I work in the showbiz industry, does that give you a warrant to disrespect me? Zeenat, (I think that was the name of the woman who reached out to Yasir) should be ashamed of herself.” Nida concluded by saying that she has screenshots of the chat as proof as well.

There’s a clip from Nida Yasir’s talk show doing rounds on Facebook in which she’s showing all the clothes, shoes and bags she bought on a vacation recently, to an audience that cannot dream of even affording a single item on her list. Who’s going to school her about this?

Just saw that Nida Yasir’s video on Facebook and this woman badly needs to come out of a complex of Europe, brand ka stuff and show-off. The things she is showing to the type of audience who can hardly afford basic necessities. Allah hidayat dai.

I’ve never seen anyone as empty headed as Nida Yasir. She goes and publicly attacks Conversations with Kanwal, a show that’s only 3 mths old where women talk about their struggles and experiences in an authentic way. I AM SO MAD. Matlab khud kabhi kuch acha nai kiya isne?? pic.twitter.com/u8Hygjzdq2

Nida Yasir is one insanely jealous woman because Kanwal’s show was able to do what she’s always wanted but in 3 months compared to her entire life.

Nida Yasir pretends to be a nice woman but if you see her morning shows, you’ll see her quivering and shaking because someone dared point out her blatant hypocrisy and fakeerana showing off as if she’s never seen anything good in her life.

Shame on you that you’re a mother too