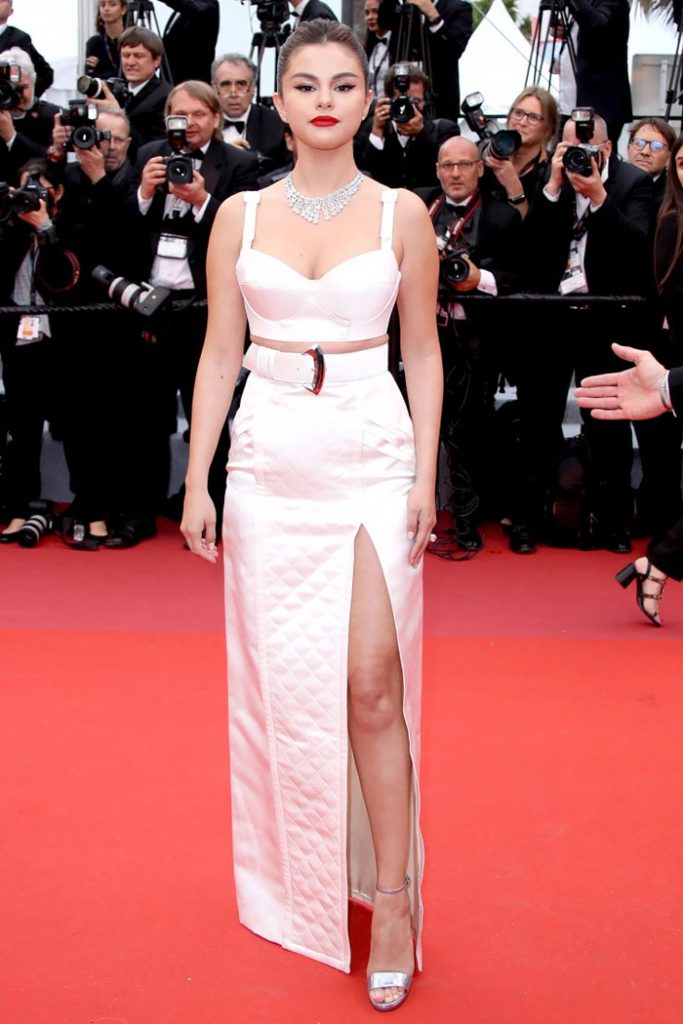 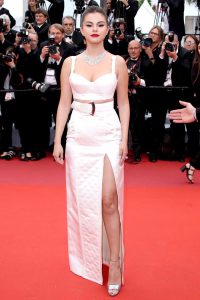 The 2019 Cannes Film Festival is upon Us, which means we are currently being treated to some of the most fashionable red carpets of the year as celebs head to the French Riviera to screen their buzzy films. Posing against breathtaking views of the Mediterranean Sea, stars never fail to bring their style A-game to the annual 12-day fete.

Elle Fanning Opens a New Window. has been tapped as one of the jurists for the 72nd annual event, and she kicked off the movie marathon on a sartorial high note. Attending the jury photocall on Tuesday, May 14, the blonde beauty looked positively precious in her balloon-like Dior trousers and lacy top. By the time she got to the opening ceremony that evening, she had slipped into a pretty-in-pink Gucci cape gown that served up all kinds of Disney princess vibes.

Keep scrolling to see all our favorite A-list looks! 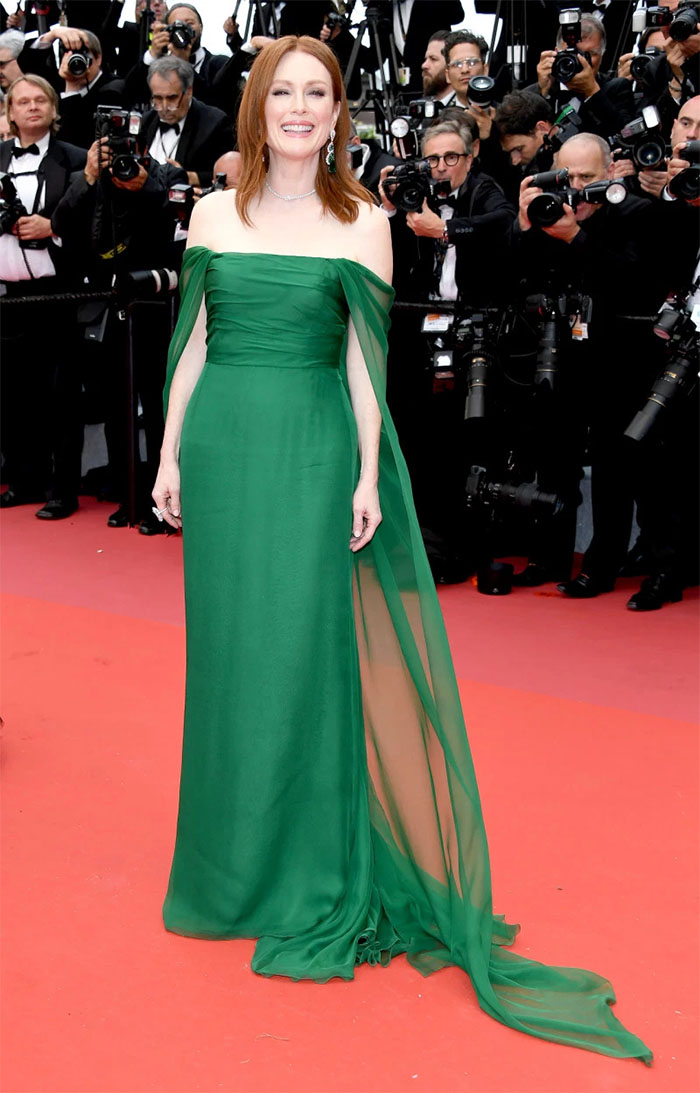 The Oscar-winner brought some color to the opening ceremony red carpet on Tuesday, May 14, in the form of an emerald green Dior gown and Chopard bling. 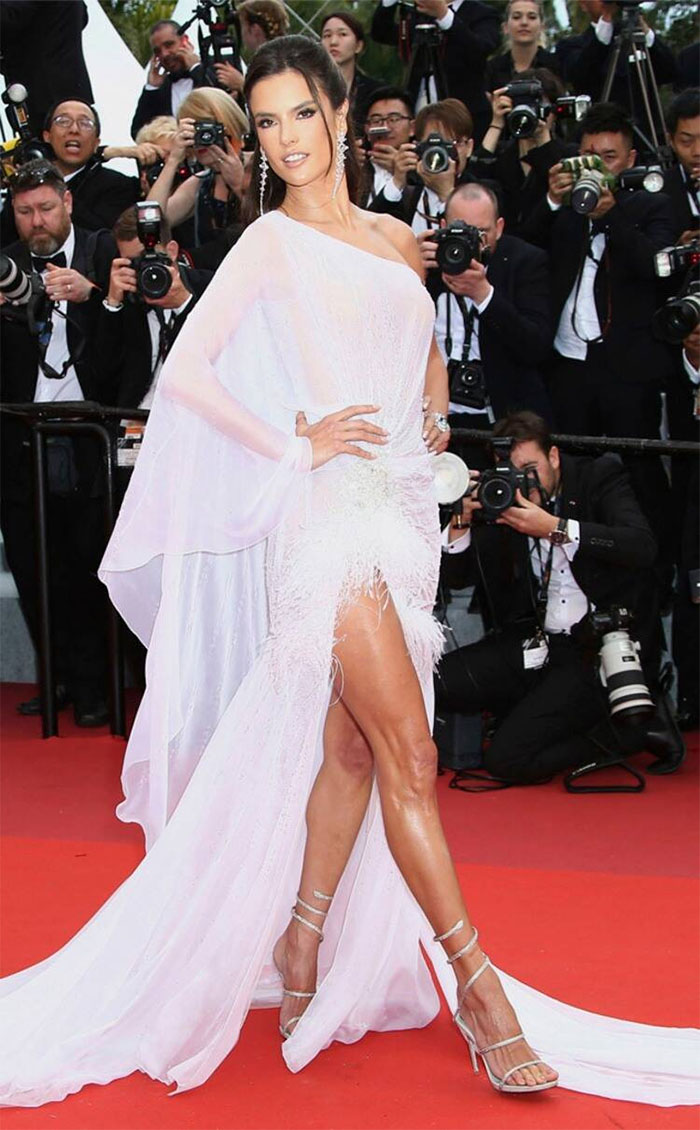 The supermodel showed some leg in a feather-adorned asymmetrical Ralph & Russo gown at the opening ceremony on Tuesday, May 14. 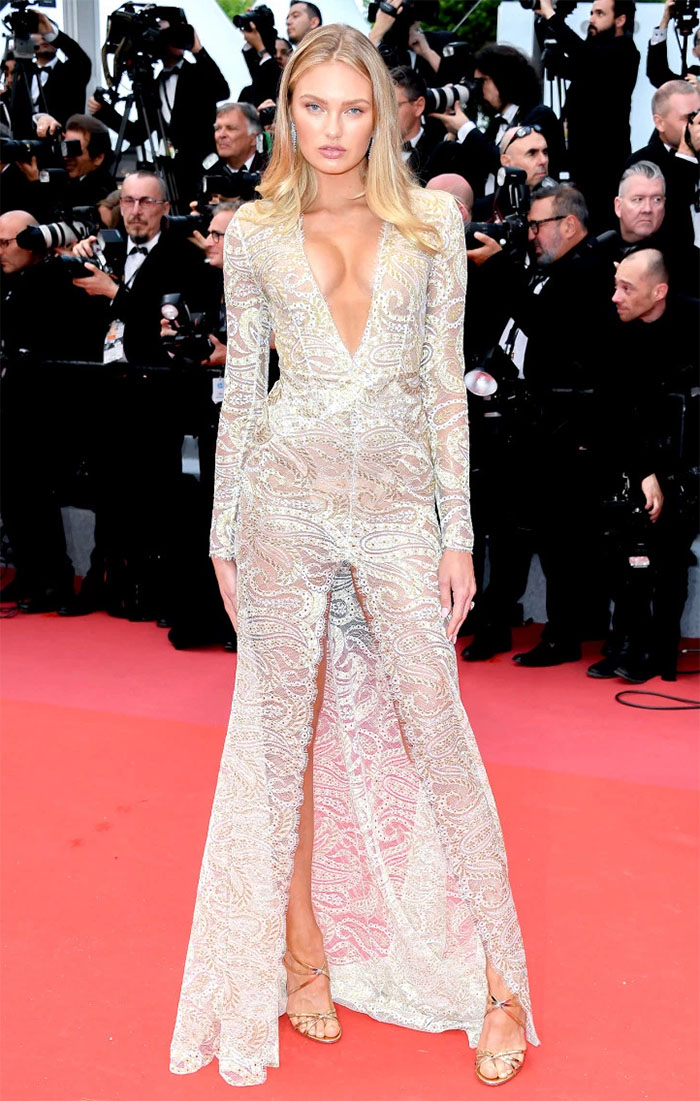 Nearly naked is about the only way to describe the model’s lacy Etro frock that she accessorized with Aquazzura sandals and Chopard diamonds at the opening ceremony on Tuesday, May 14. 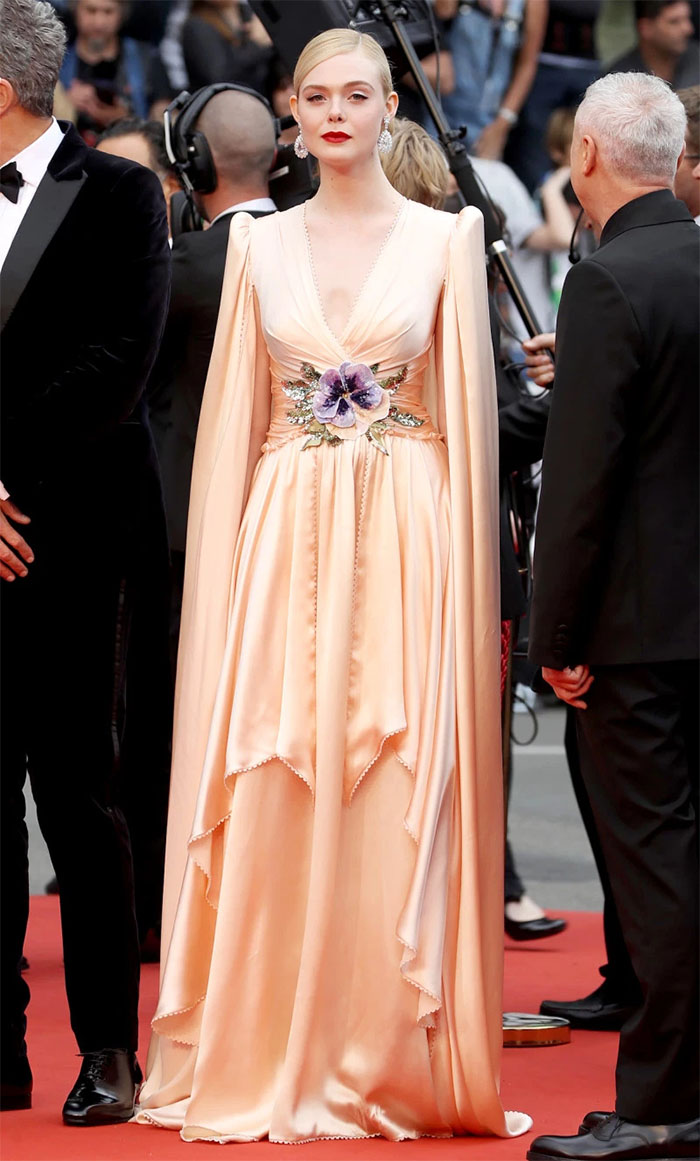 The jurist rocked a cape-like Gucci gown and Chopard bling at the Dead Don’t Die screening on Tuesday, May 14. 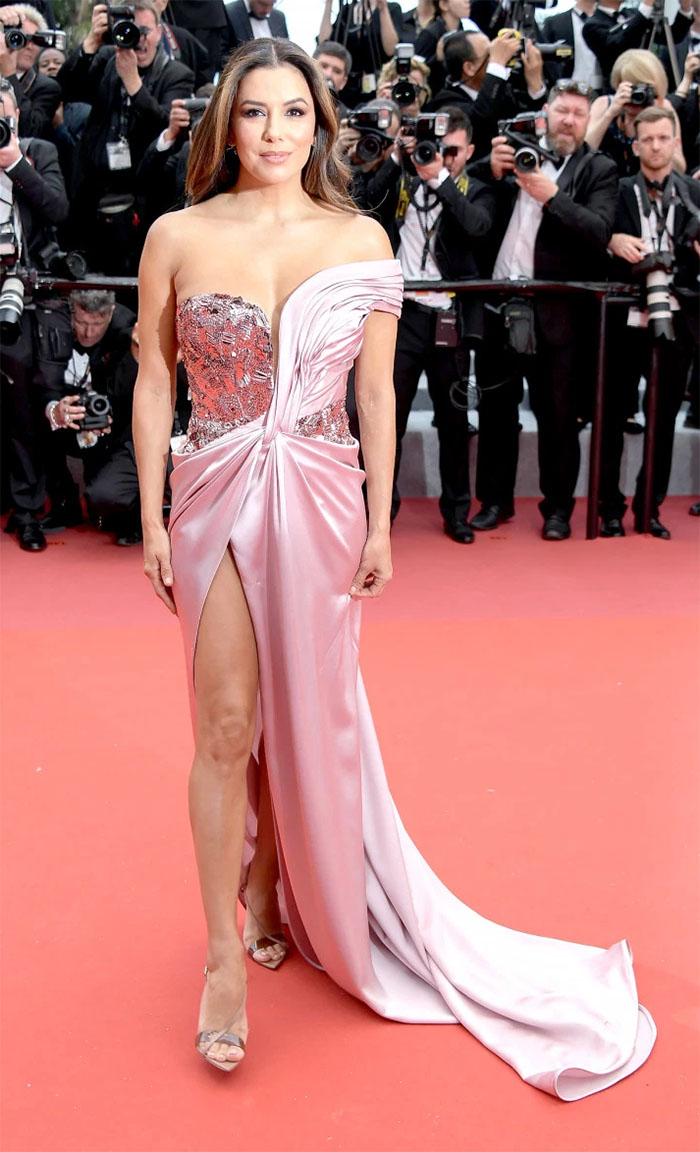 The actress sparkled in a sexy off-the-shoulder Alberta Ferretti gown at the opening ceremony on Tuesday, May 14. 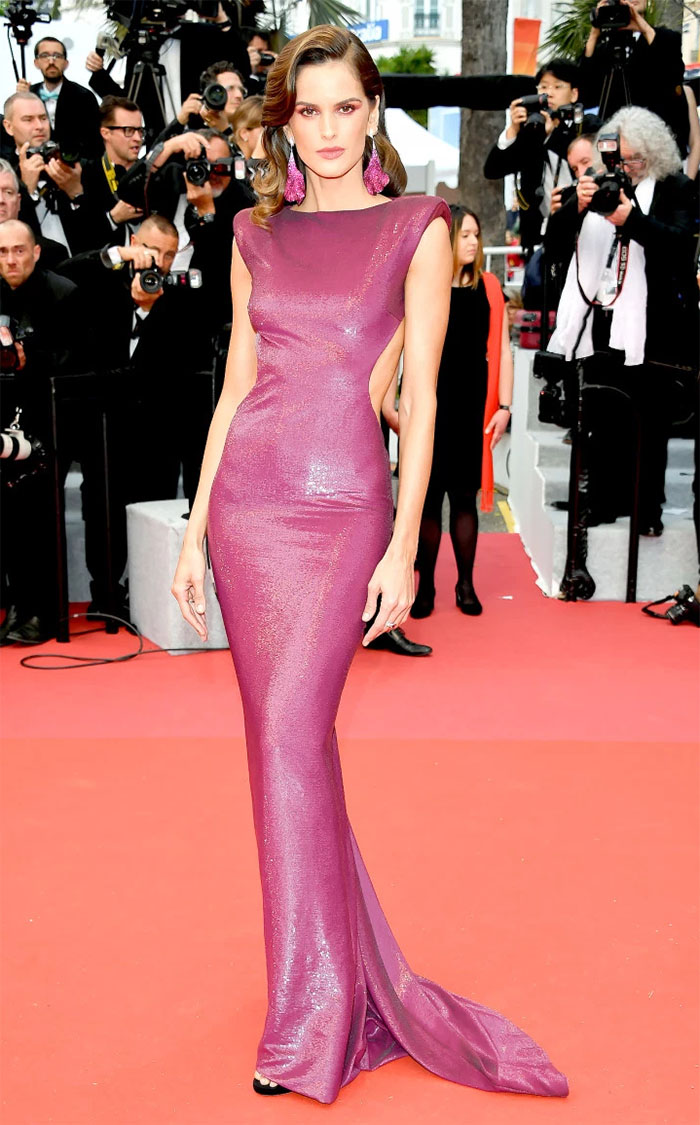 Pretty in pink, indeed! The Brazilian beauty shimmered in a raspberry-colored sequined Etro gown and Chopard jewelry at the Dead Don’t Lie screening on Tuesday, May 14. 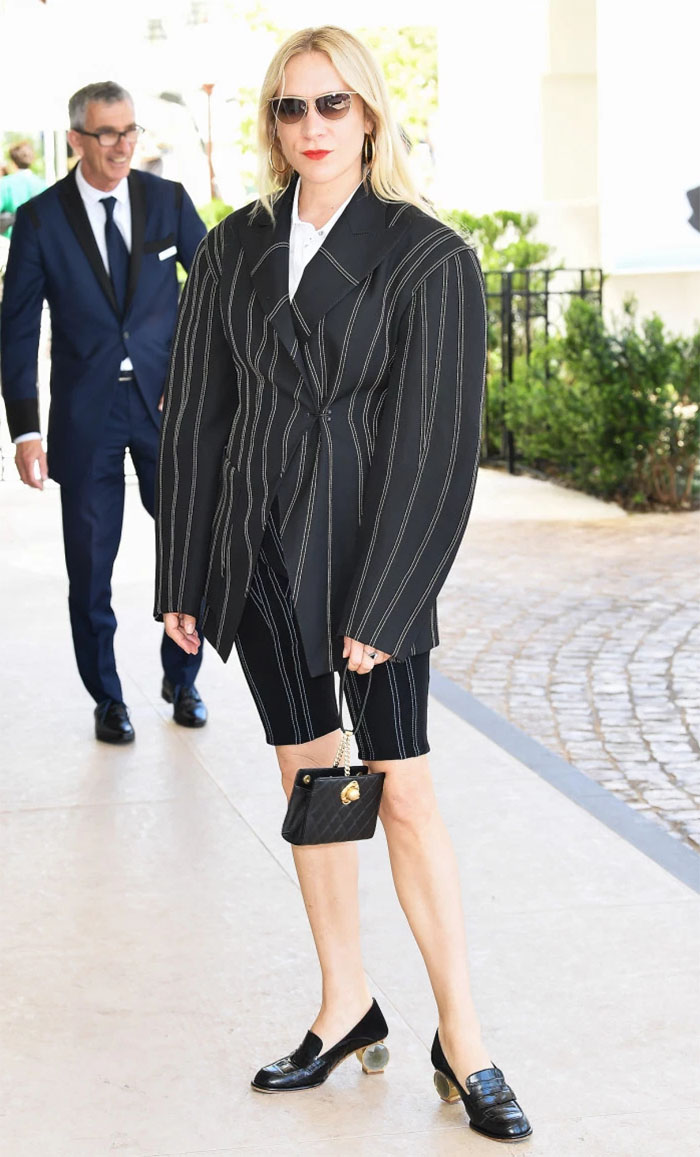 A high-fashion take on the bike short trend, the fashionista sported a Mugler two-piece set on Tuesday, May 14. 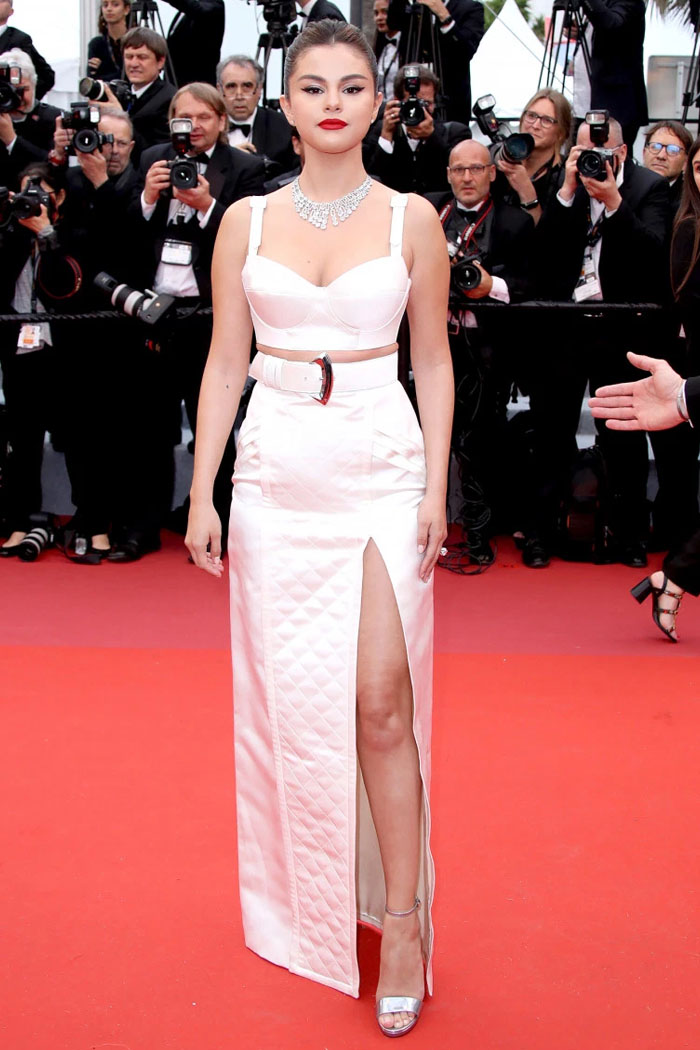 At the Dead Don’t Die screening on Tuesday, May 14, the actress stunned in a Louis Vuitton leather and satin bustier bra top and skirt that she accessorized with Bulgari jewels and Jimmy Choo heels.