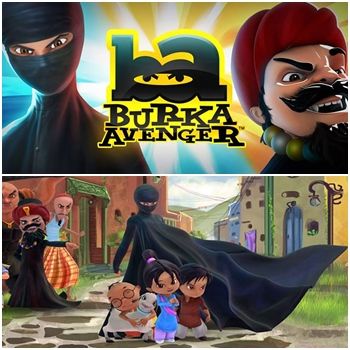 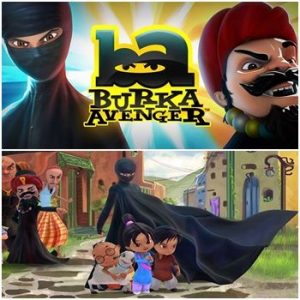 The International Emmy Kids Awards ceremony will be held in New York on February 20, 2015 and for the first time any Pakistani animated series is nominated. If you are thinking that Burka Avenger would be the one, then you are absolutely right.

Burka Avenger first episode broadcasted on Geo Network on July 28, 2013 and gained instant popularity among children and adults alike. It was rated as the most watches series for the year 2013. Not only children, people from almost every age group took an active interest to watch this series.

Starring Ainy Jaffri and Hamza Ali Abbasi as the voice of Burka Avenger and Baba Bandook respectively and featuring guest appearances and songs from some of the biggest musical acts from across South Asia; including Ali Zafar, Haroon, Ali Azmat, Josh, Adil Omar and many others.

The Burka Avenger TV series comprises of 13 episodes of 22 minutes each. The series main aim is to spread the positive social messages. The great news is that Burka Avenger has been nominated by the International Emmy Kids Awards.

The nominations were unveiled yesterday and the creator and director of the series, Aaron Haroon Rashid made the announcement via his official Twitter account.

For more info Watch the Burka Avenger's Video below: