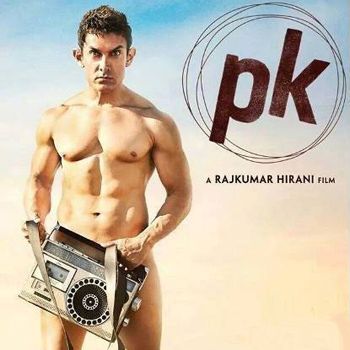 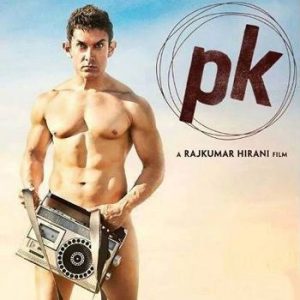 The movie starring Amir Khan directed by Rajkumar Hirani is popular on social networks as promos have already built the excitement among the audiences.

Amir Khan never fails to amaze his viewers with his talent. Amir and his work never fail to touch the hearts of many in different ways. Amir Khan has worked in some of the very meaningful films which have not just portrayed well executed skills of the artists but they also address an important issue prevailing in the society.

Amir Khan’s work has gained attention in Bollywood and won the hearts of common people. Movies like Lagaan, Taare Zameen Par and 3 idiots can be recalled as some of his remarkable movies. No one is unfamiliar with Amir Khan’s acting skills. Amir Khan being the perfectionist has compiled the right essence of a good movie by integrating good entertainment, good caste and storyline based on a strong public service message.

He has been described as a “Namoona” - an item; who wears whatever he feels like and does what he feels is correct. The character is absolutely different from normal people who go by the social norms and customs. The voice describing the character in the promo of PK has created a whole new mystic image of the character.

The poster of the movie have Amir Nude with a vintage boombox covering himself. The poster became viral as soon as launched. People have appreciated the ease in the body language of the actor in the poster. The response the poster has on social networking media would definitely bring the audience to the cinema. The critics have not yet formed an opinion about the movie but they would definitely point their fingers to the poster containing Amir’s nude look.

The movie is directed by Raj Kumar Hirani who is known for his work. The caste of the movie includes the happy-go-lucky Anushka Sharma who will take away the breath of the male audience. Amir Khan will take care of the message conveying goal of the movie. Sushant Singh Rajput will add his charm to the movie as well. Saurabh Shukla and Sanjay Dutt will add some more acting skills. Boman Irani has to be casted if the movie is a comedy. Let’s see what the cast does to bring the magic to the screen.

The comedy movie focuses on the person who questions the general social norms of the society. The stranger in a new city has questions that have been unanswered. Genuine relationships have been given importance in the movie; from loyal friendships to strong foes. The Bollywood movie would obviously be incomplete without a love story. The movie explores some of the flaws in the society that has made common man’s life complex.

Although the film has to face some criticism on the bringing in some contrasting religious scenarios but the film makers proved that they are not hurting any kind of religious sentiments. The film has captured Dehli and Rajistan in terms of culture. The movie overall seems to be a brilliant watch for some family entertainment. The partially nude poster of the movie does not mean that the movie is not for families to watch. This December Amir Khan is yet again ready to bring all the fans to the cinema.

The gloomy grey winters can be brightened up with the colourful and fun comedy presented this December. Make sure you hit the cinema’s to watch Amir on the big screen pulling a new look. The movie seems to have all the right ingredients of a good movie so might as well spend 2-3 hours on it to know what it actually brings to the audience.