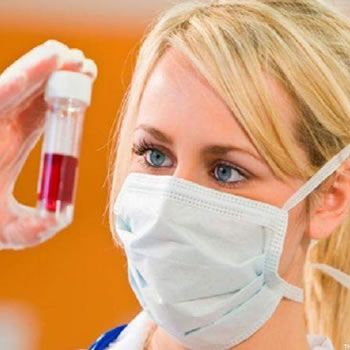 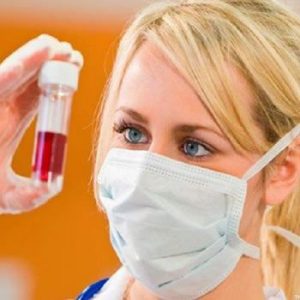 Blood tests can detect sexually transmitted oral cancers before onset of disease. HPV antibodies that cause high type of mouth and throat cancer when transmitted through oral sex can be easily detected in blood tests a long time before onset of disease. This research was conducted by the team of researchers of World Health Organization. HPV is already a well known antibody that causes cancer but this finding is exciting that this can be detected in advance.

HPV is the most common sexually transmitted disease that can lead to throat cancer. This was not known before that blood tests can be so helpful in the detection of HPV cancer. Oral cancers are more common in men than women; it has been statistically proved. HPV is better known for causing cervical cancer and other genital cancers. HPV is not only causing these cancers but also responsible for an increasing number of cancers of mouth and throat, particularly spotting men.

According to researchers, a blood test can track down human papillomavirus (HPV) antibodies a long time ago before the onset of disease which can lead to mouth and throat cancer when transmitted via oral sex. This study was published by team of researchers of world health organization in the Journal of Clinical Oncology. These were the findings which led to the earlier screening of antibodies. This blood test is very beneficial as it gives a chance to doctors to find those who are at high risks of oral cancer.

The researcher of WHO’s International Agency for Research on Cancer (IARC), Paul Brennan who led this study said that it was not known whether these antibodies are presence in blood before the cancer became clinically detectable. He also added that if the results are confirmed, then for the early detection of disease future screening tools can be developed.

If we have a look in the past on causes of oral, neck and head cancers lie in the heavy consumption of alcohol and smoking. But over past few decades rates of this disease have dramatically increased especially in Europe and North America. Brennan said that this cancer has been rapidly increasing due to changing sexual practices in these particular areas like North America and Europe. It means oral sex is most common nowadays in such countries. This issue was highlighted by a Hollywood actor Michael Douglas, who said that his throat cancer was caused by HPV transmitted through oral sex.

This study also has another significant finding that the patients with oral cancers linked to HPV are three times more likely to alive five years after diagnosis than oral cancers patients hose tumor is not associated with HPV and instead associated with smoking and consumption of alcohol.

The blood test used in this study is relatively simple and cheap and can be developed as a tool for more widespread screening before five years. As early the detection, the treatment will be better and there are greater chances of survival. After the success of this research, it is found that regular screening and early detection can result in earlier diagnosis and earlier intervention.