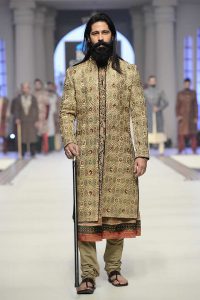 The Day 1 of TBCW14 took place on December 11, Fatties, Lahore, 2014 and exhibits the best bridal collection by UK based designer ‘Ziggi Menswear’. Ziggi Menswear, the first ever UK brand to participate in the Bridal Couture Week, will showcase their 2015 best menswear collection.

The TBCW Bridal collection by this newly emerge designer was high in fashion and extremely enticing to be placed in wardrobe. The designer presented two collections both for men and women. The formal bridal collection was inspired from architecture, traditional interiors, nature, and culture depicting the true essence of modernity in each piece.

Day 1, Act 2presented the TBCW 2014 Ziggi Menswear collection which was of interest to the spectators to look the bridal collection from the eyes of Uk based designer.

The first Collection exhibited was named ‘Musafir’ collection, Musafir, an amalgamation of traditional embroidery methods such as beads, zardosi, dabka, kora, arri work, pita work, velvet appliqués and the best of traditional English tailoring. Inspired by our culture, heritage and architecture, Musafir is heavily influenced by the euphoria of ancient mysticism.

The second presentation by Ziggi menswear was Mehzabeen, the Collection Name was Gulnari. Ziggi Menswear’s sister concern brand, Mehzabeen, will be showcasing Gulnari collection which is all about grace and elegance. Gulanari embodies the essence of a traditional bride, heritage and the old world’s charm in each individual piece.

All the pieces are predominately red with a hint of turquoise, purples, pink and green. Embroidery is well-balanced throughout the capsule collection which consists of farshi ghararas, lehngas, long trail gowns, A-line dresses made from chiffons, organza, velvets, brocade and Indian jamawar silks which fall with grace, and elegance.

Day 1 of Telenor Bridal Couture week went really well with everything from make to chorography to fashion presentations by designers.

The professionally acclaimed N-Pro and N-Gents has managed the grooming of more than 30 male and female models in Day 1 with the season’s hottest hair and make-up trends.

Designer and choreographer extraordinaire, Hassan Shehryar Yasin has directed the bridal extravaganza and the action captured by Faisal Faruqi @ Dragonfly along with official photographers of HUM Network.

All public relations operations and media liaison will be carried out by the in-house PR team of HUM Network Limited. 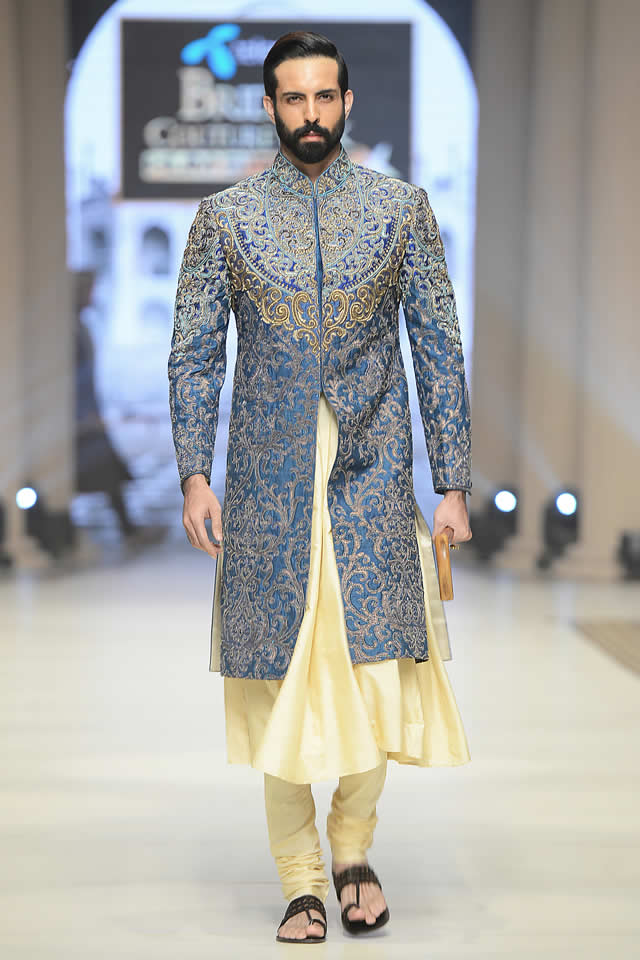 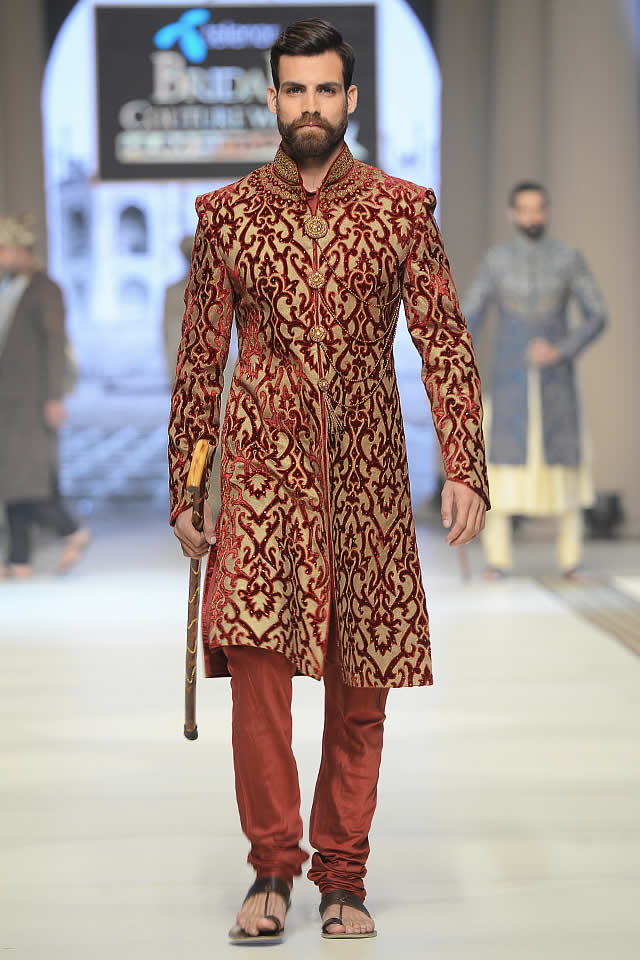 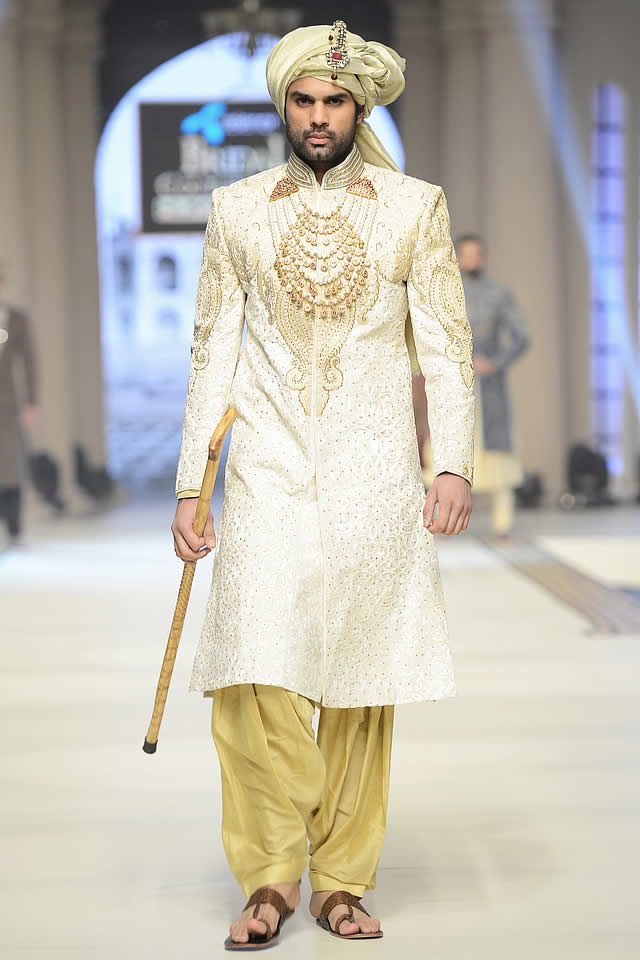 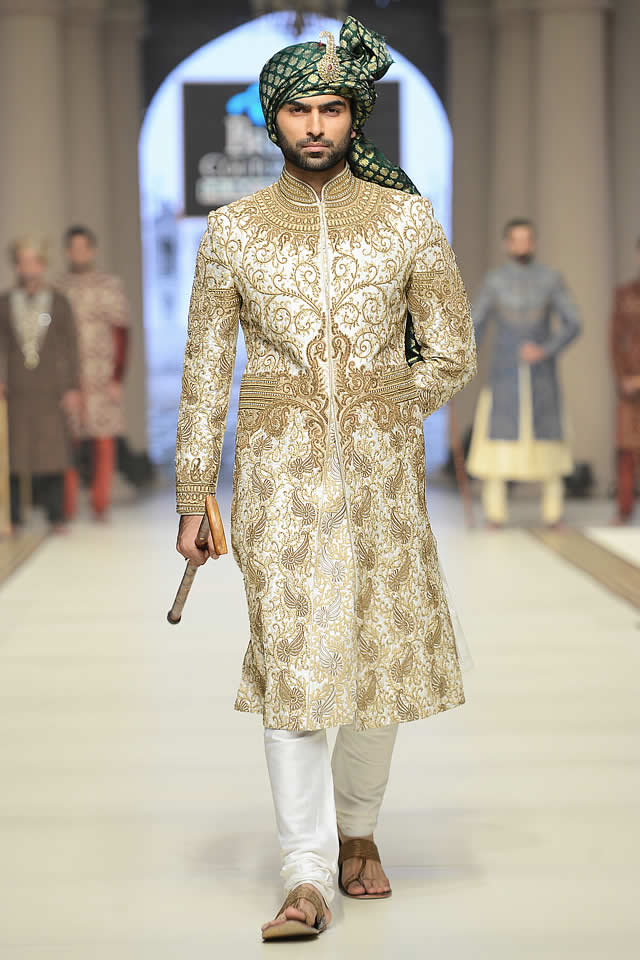 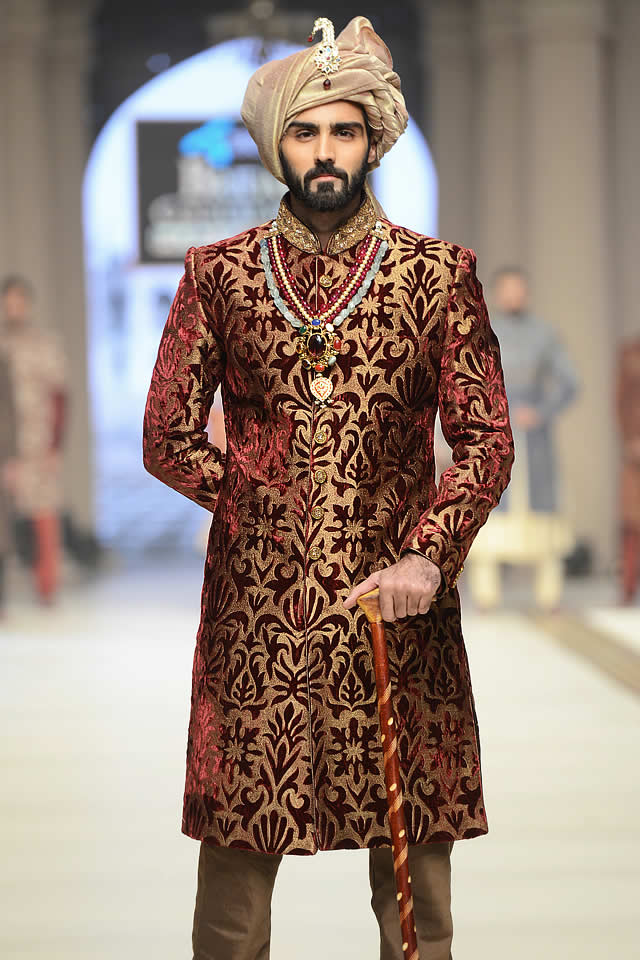 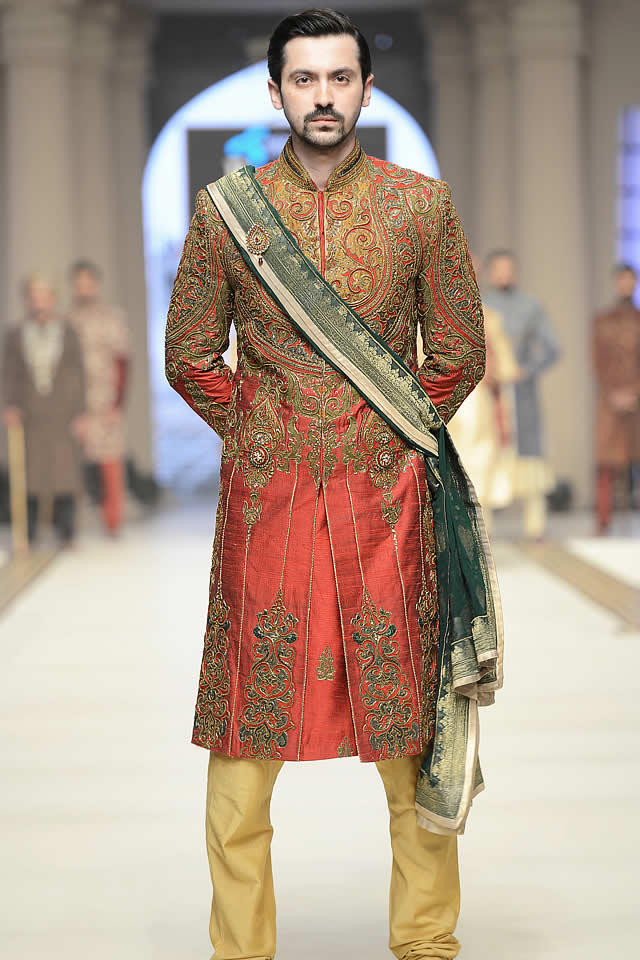 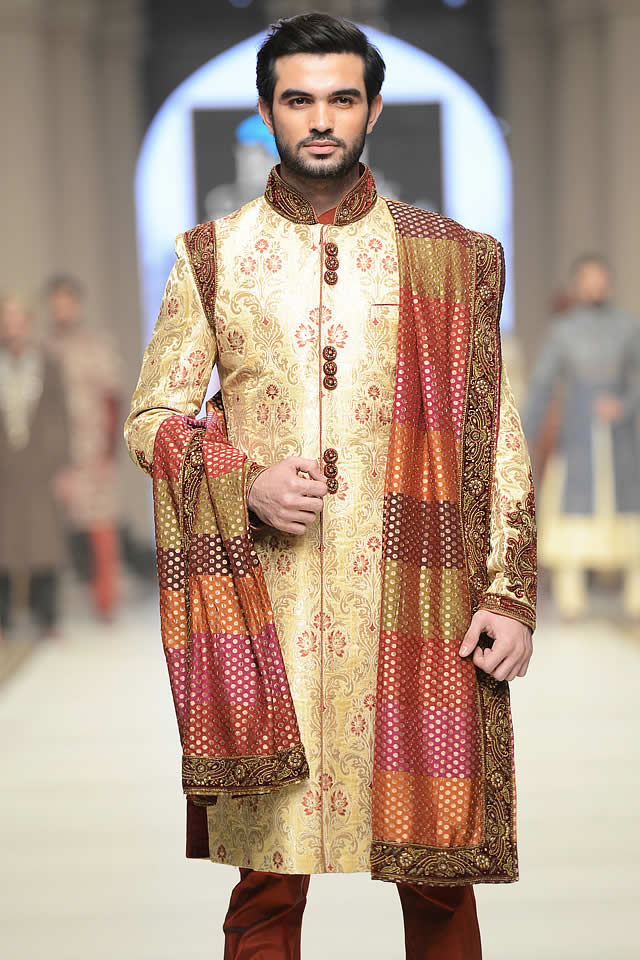 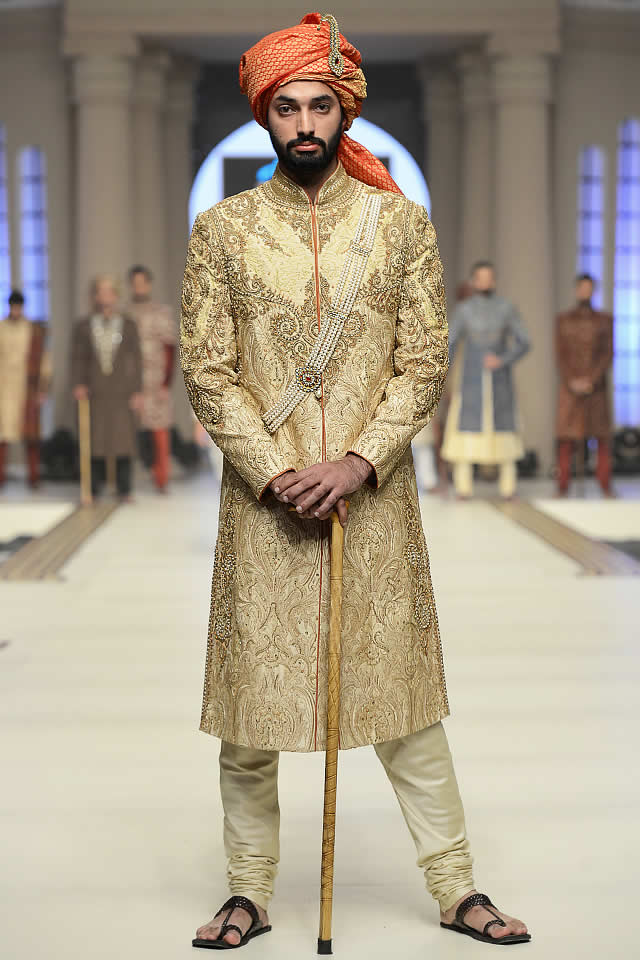 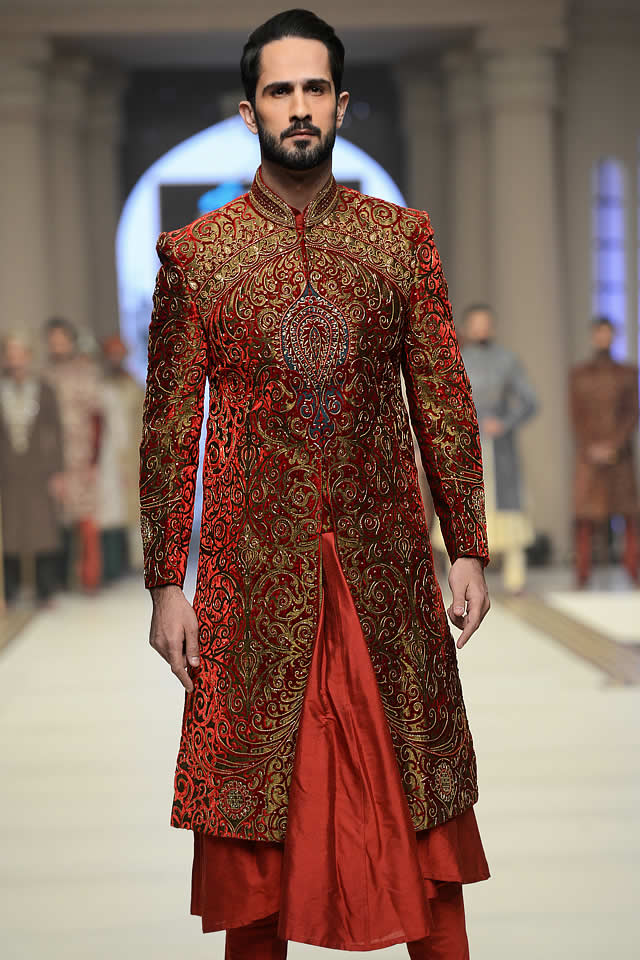 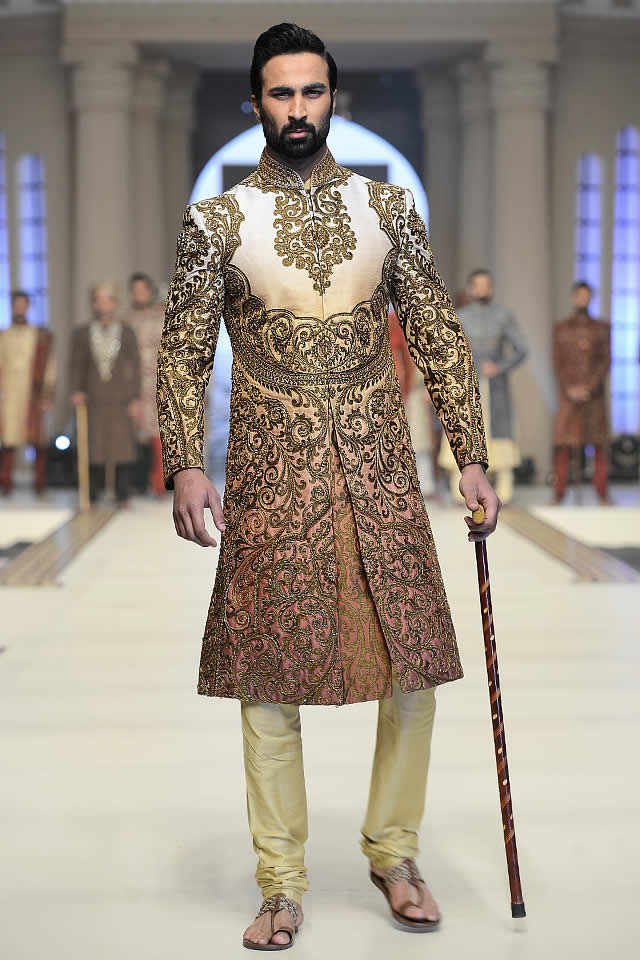 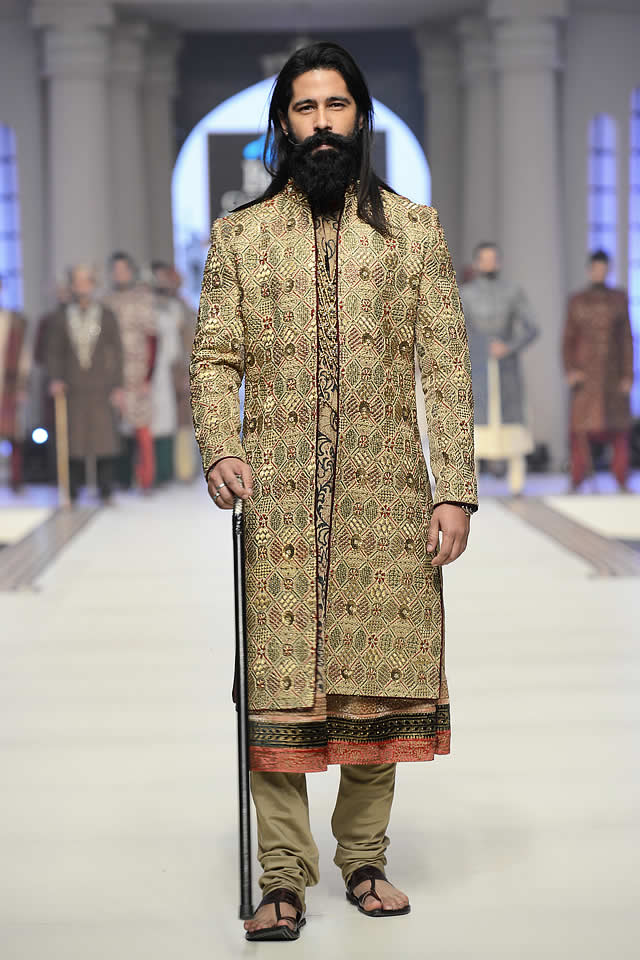 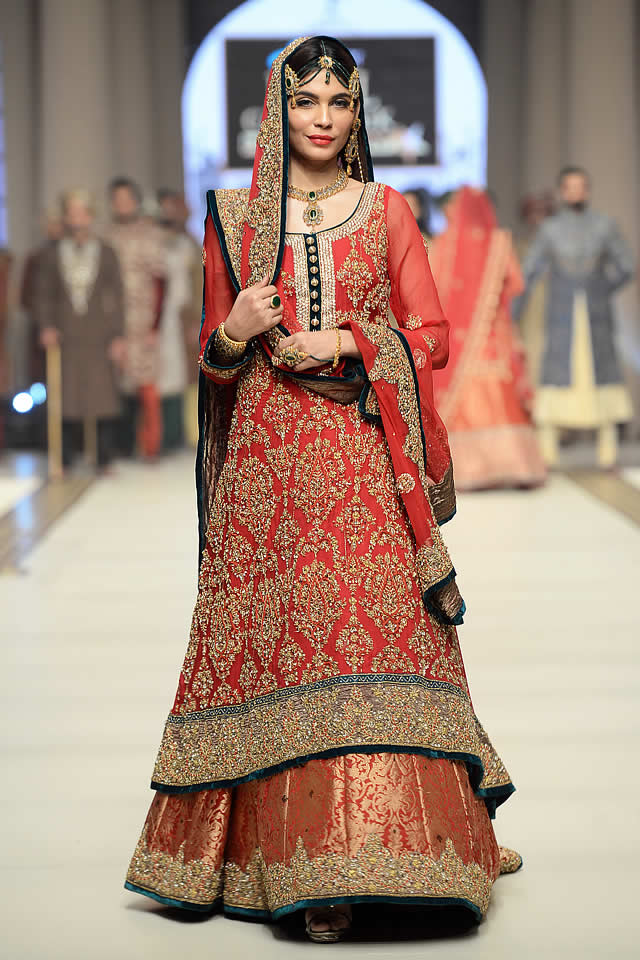 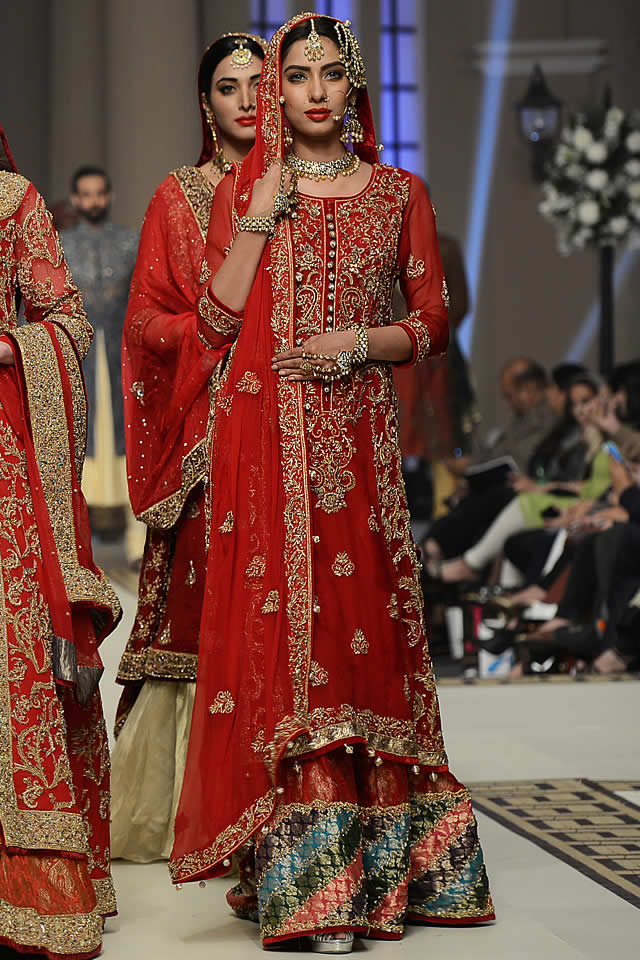 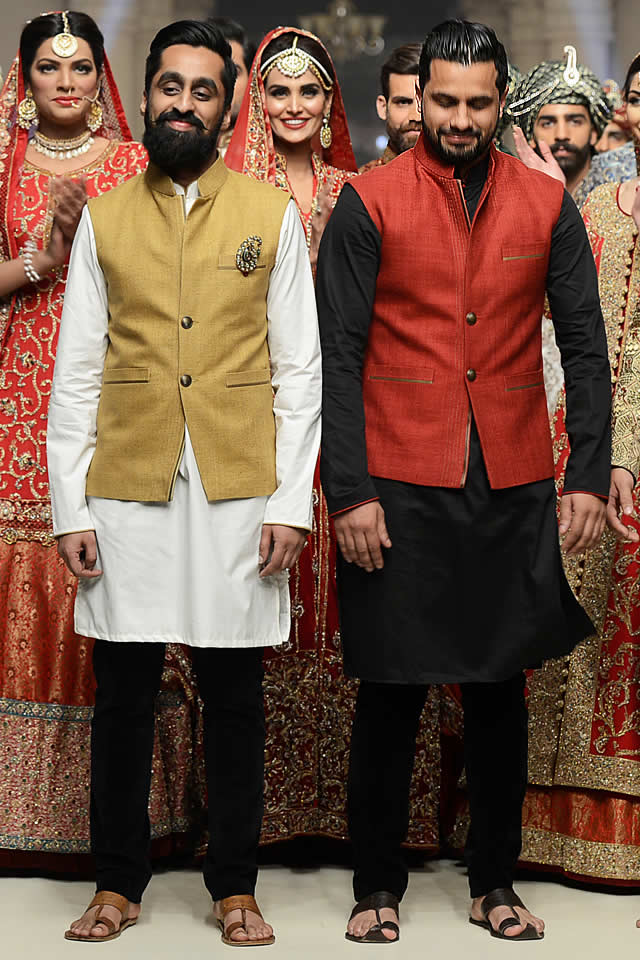