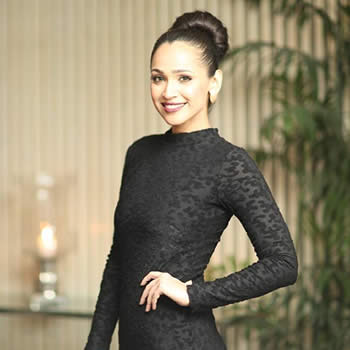 Faryal Mehmood is a Pakistani model and actress. Born in London, Faryal came to Karachi in her childhood to pursue a career in acting.

She made her acting debut in theater and later moved on to television. Currently, she is playing the role of Mehwish in Geo Entertainment's Baba Jani.

Faryal Mehmood Weight Loss and Diet Plan in her words:

"I worked out at the gym for 3 hours last night started from cardio for 20 minutes, worked on my abs, then did pull ups, skipped jump rope for 300 time, worked on my triceps and biceps with weights and did intense sprints in between and after the workout. This sprint ( last one ) was me running between the speed of 6, 12, 13, 15 and 16! It was great!"

"I had a protein burger for lunch (bunless) and chicken finger for dinner! This workout was followed by 15 mins of cardio, pull ups and and back workouts!..You even feel great about yourself when leaving the gym! Nothing else compares to that feeling! Ooh and for dinner I had steamed chicken wings which is under 400 calories!"

Before & After Pictures of Actress Srha Asghar