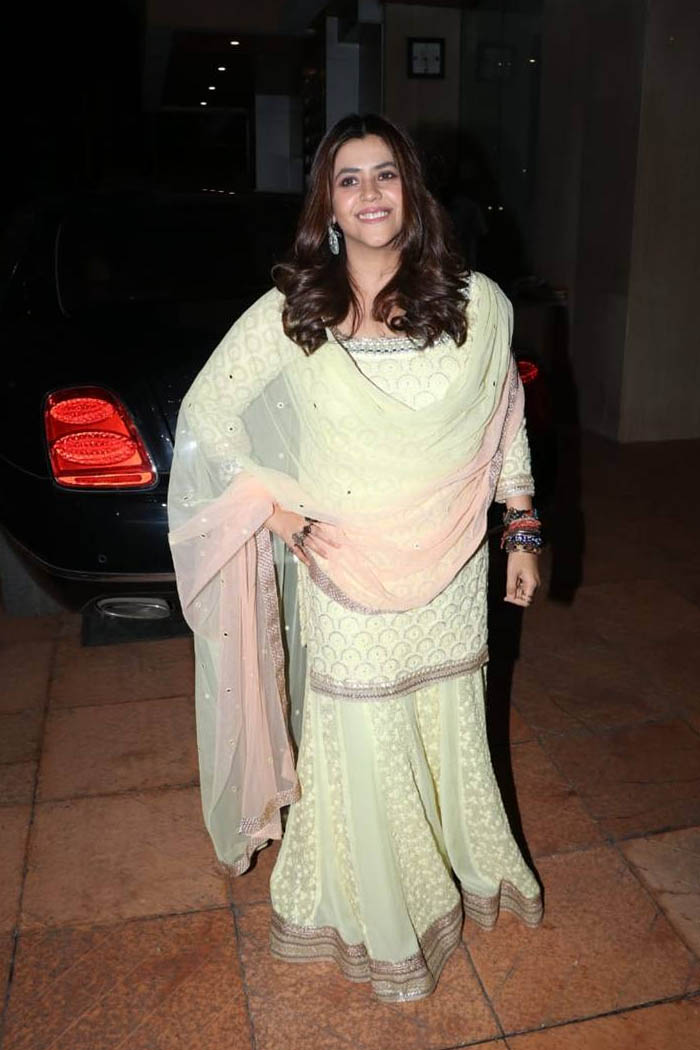 Ekta Kapoor hosted a naming ceremony for her newborn, Ravie Kapoor on Monday. In attendance were the who's who of the film and television industry including Karan Johar, Abhishek Bachchan and Smriti Irani.

Ekta Kapoor became a mother on January 27 through IVF. The TV czarina named her son after her father Jeetendra. She shared the news on social media as she wrote, “I can’t wait to begin this new journey of being a mother to my little bundle of joy, Ravie Kapoor.” Now, on Monday, Kapoor hosted a naming ceremony for her newborn, and in attendance were the who’s who of the film and television industry.

From Ekta’s family, Jeetendra, his wife Shobha Kapoor, Tusshar and son Laksshya were spotted outside her residence in Mumbai. The new mommy also posed for shutterbugs before the ceremony. Later, she shared a couple of inside pictures from the ceremony where she was seen posing with her ‘girl gang’. One of the photos was shared with the caption, “Maaasi special!!!!” had Smriti Irani posing with the newborn.

Nadia Jamil Was Not Feeling Well