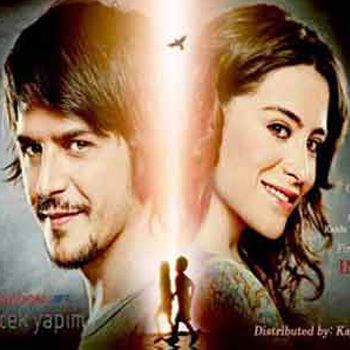 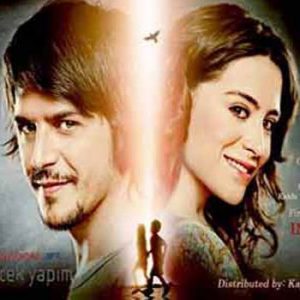 From Fatima gul to Fariha and Ishq-e-mammnu, we Pakistanis welcome Turkish drama/ films whole heartedly. This has led to the release of Turkish film Mohabbat Ek Ittefaq-review. The movie review is here.

Ever since the advent of the drama ishq-e-mamnu, we Pakistanis have developed a strong liking for Turkish dramas . One can judge the intensity of this admiration for Turkish dramas, by the fact that Ishq-e-mammnu is being repeated again on the same channel and still liked massively. Not only that but now many channels are showing at least one Turkish drama .

One good thing about these Turkish dramas/ movies is that their names are given according to the native language of the respective country. For instance for Pakistan the name comes in Urdu and for India in Hindi. This makes the whole drama more relate able for the audience.
This immense liking has led to people now releasing Turkish movies too. Just like Turkish Film Mohabbat Ek Ittifaq. Releasing all over Pakistani cinemas from 14 October nationwide.  It is the first Turkish film to be launched in the country.
The Turkish film Mohabbat Ek Ittefaq is a more like a journey from a small screen to a large screen and then to silver screen. This film will be dubbed in three languages that is , Urdu, Hindi and Bengali.
The basic outline of the movie is that it revolves around Deniz who happens to be in love with Buraq. Just like every love story here as well the parents are not in favor of the proposal and don’t agree on Buraq marrying his. Deniz is one ambitious girl and she refuses to give up her career at any cost.
Just like every other story have its twists and turns. Mohabbat Ek Ittefaq has its turn when Deniz meets this photographer named Ozgur in an exhibition . This meeting gives them a feeling of being met before, here is when the love triangle forms. In this triangle Ozgur falls in love with Deniz. Deniz has an acting career with an entangled relationship with Buraq. Hence there are a lot of ups and downs with full classic climax and interest. A lot of emotions and drama are depicted in this movie.
The movie is joint venture of hard work by the Turkish film industry and Pakistani Film Industry. Where the Turkish film industry has worked hard on acting and making it. The Pakistani Film industry has worked equally hard in dubbing it according to the Pakistani audience.
The credit of this amazing plot and acting goes to the team of Turkish film industry and Pakistani film producer Sohail. In this dubbed movie, Mohabbat Ek Ittefaq, a lot of hard work has been put on the entire post production and the work of dubbing is a pretty hard task . So from dubbing to mixing of scenes , theatrical effect of trailer and the final printing of the movie itself to be screened in cinemas has been done with a lot of hard work.
The voices of artists who dubbed this movie are Muaz Raja for Ozgur, Fatima Khan for Deniz, Riffat Abbas for Buraq, Tariq Rao, Mazhar, Areeba sohail, Denials sohail, shazia Shahid, Shama, Naghnama Tahir, Umer Saud, Usama Bin Hijazy, habiba and many other artists.
It is the whole effort and succes of the Pakistani Film production department to dubb the movie Mohabbat Ek Ittefaq so well in Urdu. The expected date of release of the movie is on Eid Ul Azha.
The movie team is expecting a good response from the public. Just like it has responded to all the dramas . The movie has a well paced track and one amazing climax.
Therefore everyone should watch this movie and I am sure none would be disappointed.
0 0 0 0
February 20, 2017
Advertisment