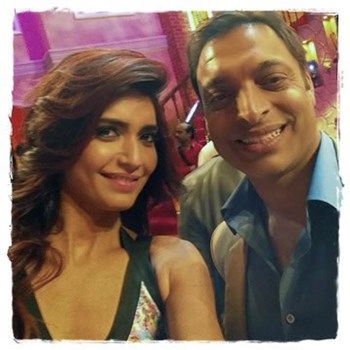 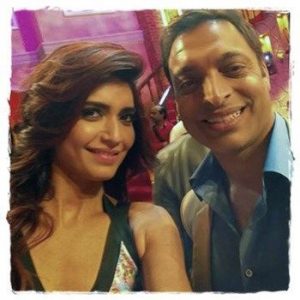 Cricket Fever is everywhere. The cricket junoon is full time ON nowadays and mixes responses from cricket lovers, celebrities and critics are coming in. people are really much disappointed with Pakistani cricket team performance. Still as a nation we are so much involved in cricket.

Unfortunately Green Shirts are not doing well at all this time. We are very much disappointed from their performance. But at the same time our very own cricketers are criticizing Green shirts very badly.
Shoaib Akhtar has been one of the team’s strongest critics slamming the system. Shoaib Akhtar, is invited at Kapil Sharma show has said too much against our player. He is on "Bhaarti Yatra" nowadays. He is speaking against Green Shirts in India.

No matter what but Pakistani will never stop criticizing the country men and nation. However fans of Shoaib Akhtar were not expecting this from Shoaib. Shoaib Akhtar was criticizing Pakistani Cricket team due to poor performance in World cup cricket match. The former bowler said a lot in jolly mood.

He always used hyper language for the team. He bashed the team many times because of poor performance of the team. Shoaib Akhtar in the show made so much and said so much against Islam and Pakistan. When in Pakistan he was bashing Pakistani Cricket team because of poor performance. But in India he was saying so much wrong things about Islam and Pakistan.

“I think Shoaib is merely exaggerating the problems in Pakistan Cricket. Yes, they not played well (in this World Cup) and there are issues but the way he is going out there and saying things about the captain and players is not right,” Mudassar told reporters at the WACA ground.

“Shoaib may say whatever he wants but this team have done well in Test cricket. In ODIs, when your No.1 off-spinner (Saeed Ajmal) is banned six months ahead of the World Cup, your senior-most batsman and off-spinner (Mohammed Hafeez) is not there and your most successful left-arm pacer (Junaid Khan) is absent, it is bound to hurt. I’m disappointed too as I’m a product of the same system. I also cannot digest these performances,” Mudassar added.

“There is a system problem in Pakistan cricket, but not as grave as what Shoaib is making it out to be. PCB-bashing has become very fashionable in Pakistan. While some are genuinely concerned about Pakistan cricket, there are many others, who are simply looking for job offers,” Mudassar stated.

Shoaib Akhter Making Fun Of Umer Akmal For... by fashioncentralpk

Shoaib Akhtar fans are infuriated and don’t expect such things from him. Do watch the video and share it with your Facebook friends so that this message shall be conveyed to the fans of Shoaib. Meanwhile like us on Facebook and Dailymotion.

Shoaib Akhtar Crossed all the Limits... by fashioncentralpk