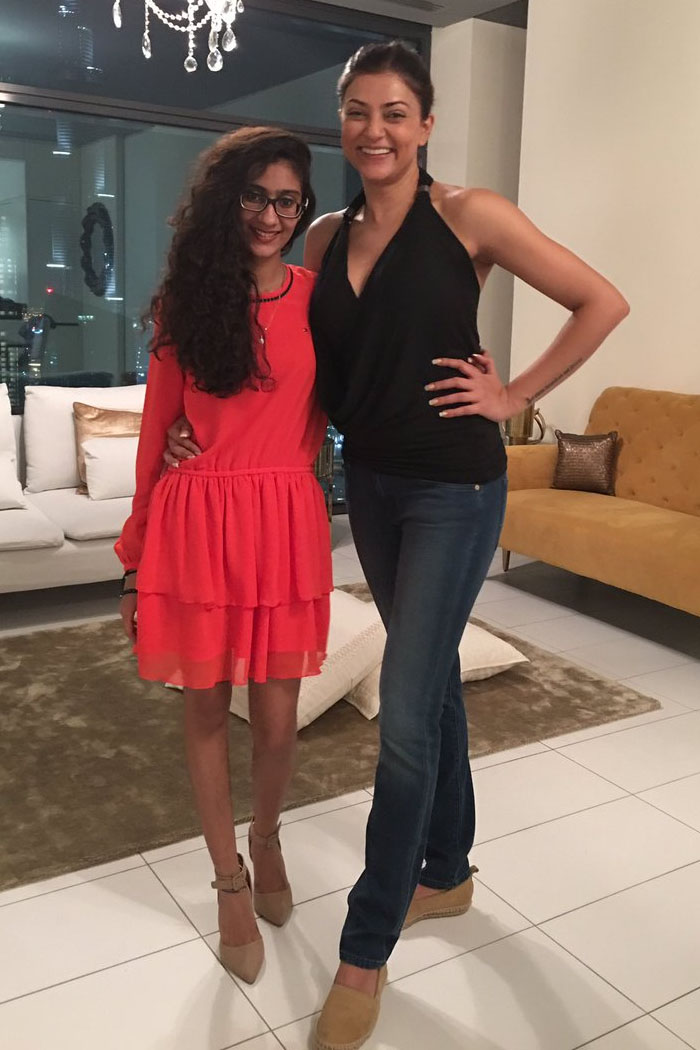 Sushmita Sen is an Indian actress, model, and the winner of the Miss Universe 1994 pageant she was previously crowned Femina Miss India 1994 at the age of 18. Sen is the first Indian to win the competition and has since primarily worked in Hindi films.

Renee Sen further urged people to be a little sensitive while asking questions.

"My truth is very much out there but what if someone else's isn't? We don't know how it will affect them. I think we should be a little sensitive. For me, it is different because I have grown up with this truth and it doesn't matter.

But for someone who wants to keep their life private, we don't know how your question can affect them. So, let's not ask until a person tells you on their own," she added.

Sushmita Sen adopted Renee when she was 24. Since then, she has been raising her as a single mother. The actress adopted her second daughter, Alisah, in 2010. Renee, who is 21 now, is an actress and made her acting debut in 2020 with a short film, Suttabaazi. Helmed by Kabeer Khurana, the film is streaming on Disney+Hotstar. Renee was seen in the role of a rebellious teenager who gets stuck at home with her conservative parents during the Covid-19 lockdown.

Be Your Own Boss With an Online Business