Priyanka Chopra Finally Opens Up About Wedding to Nick Jonas, Life After Marriage

Actor Priyanka Chopra opened up about her whirlwind wedding to singer Nick Jonas and how life her life has changed after marriage.

The two tied the knot in December 2018 in two lavish ceremonies in India, roughly just five months after the singer popped the question. While the couple's wedding weekend instantly grabbed the world's attention, the bride and groom also eventually realised what an event it had become.

"We decided on the venue for our wedding in October and we got married on 1 December. We had one-and-a-half months to plan, so we were just like, 'Yeah, yeah, yeah, let's get it.' And suddenly we were like, 'Ohhh god'. It was very extravagant. Hopefully, you just do it once. So it's fine," Priyanka recalled to Elle UK as cited by E! News.

After getting hitched, the 'Quantico' star not only gained a husband, but also two sisters.


Our August 2019 cover star @priyankachopra is rewriting the rule book on what it means to be a modern superstar. Inside she tells us how she navigates fame and a new marriage with 42 million followers watching her every move. On sale Thursday. LINK IN BIO. Editor-in-chief @farrahstorr Photographer @marcinkempski Stylist @jennedykennedy Creative Direction @misterthomasjames Words @lenadecasparis Fashion @ysl

"I've never had a sister, so it's really nice to have Danielle Jonas and Sophie Turner, and just inheriting the family by proxy. Sophie is super talented, super funny and we have the most fun when we go out together," she said.

The actor also spoke about how her married life is different from when she was dating the 'Sucker' singer.

"It's so different. I'd never realized having a husband and a boyfriend are such different things. When you say your vows, it's like, this person is my family, and it's the family I chose. There's a weird responsibility to them. And safety that comes from it. We are learning about each other every day," she said.

"Nick and I want to get a place in London at some point. Whenever I go there, I feel connected to the city," she added. 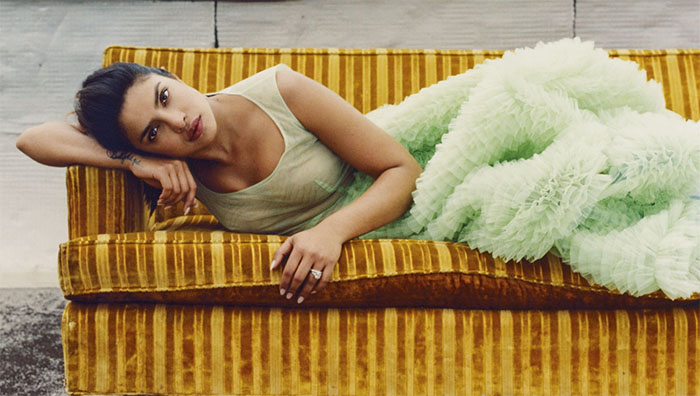 Priyanka and Nick never leave a chance to gush about each other. The duo, who is quite active on Instagram, has been successfully painting the Internet red with their never-ending social media PDA, sweet photos and tributes to each other, giving everyone major couple goals.

The two also never fail to support each other when it comes to their professional endeavours by giving social media shout-outs and attending each other's work events together, be it a film premiere or a musical performance.

As for the actor, she wants to see her roots on the big screen.

"My life's dream is to be able to make or produce a movie that has a predominately South Asian cast. I'm so glad that I've been put into the position where I have the ability to open those doors. I want to do it because no one was able to do it for me," she said.

On the work front, Priyanka is all set to make her Bollywood comeback with Shonali Bose's 'The Sky Is Pink'. Apart from that, she has also collaborated with American actor Mindy Kaling for a wedding comedy. On the other hand, Nick recently reunited with his brothers Joe and Kevin and the Jonas Brothers have since been giving hit singles. Their first comeback song 'Sucker' was a major hit. The band's new album 'Happiness Begins' released on June 7.