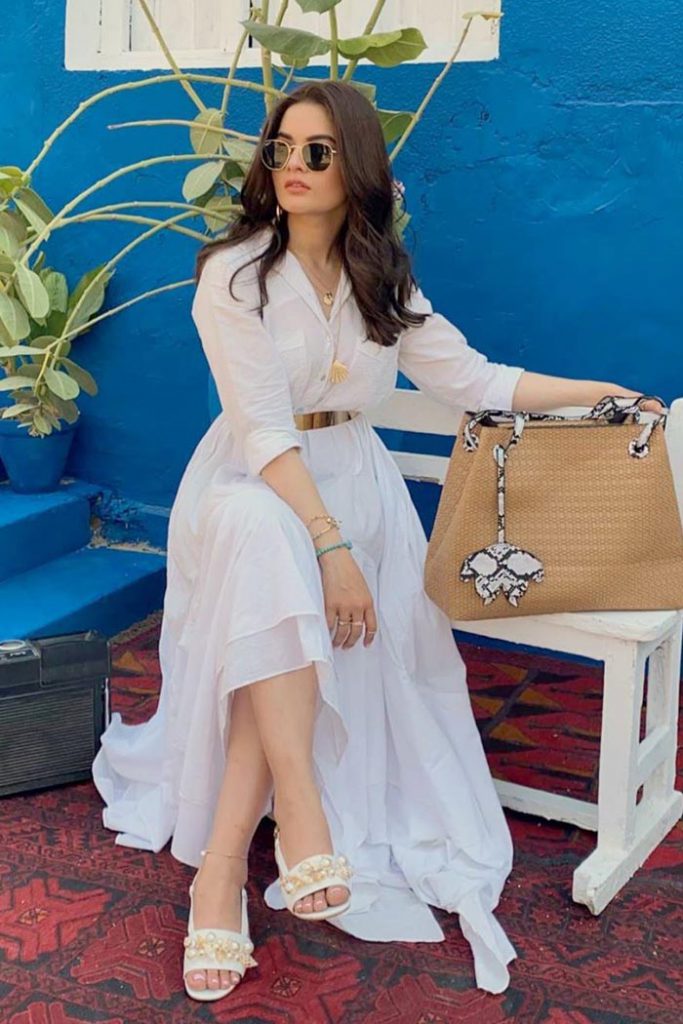 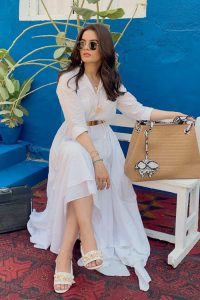 She recently did a photoshoot with Hasnain Lehri, a handsome Pakistani male model. Borjan Shoes featured Minal Khan for their latest bags and shoe collection. She looked stunningly gorgeous in white attire and a classy brown handbag. Shazia Rashid did her makeup, while Shahbaz Shazi captured her beauty in the camera.

Although the dress looked beautiful on Minal Khan, it doesn’t look like a Pakistani dress. People started criticizing her for doing such open dressing for a photoshoot. People thought that Minal was different from others, her personality, and dressing sense was not like other models. But her recent shoot disappointed many of her fans.

A post shared by Fashion Central Official (@fashioncentral.official) on Feb 24, 2020 at 5:52am PST