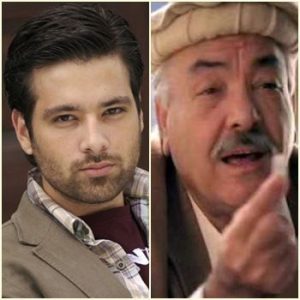 Pakistani actors Mikaal Zulfiqar and Rasheed Naz will be seen in action-packed film with Akshay Kumar playing the lead as a top counter intelligence agent.

The famous Pakistani actors Mikaal Zulfiqar and Rasheed Naz have been casted in director Neeraj Pandey's film Baby, starring Akshay Kumar and Anupam Kher in the lead. This is a great honor for the Pakistani celebrities as many of them have earned a lot of credibility in Bollywood namely Ali Zafar, Humaima Malik, Imran Abbasi, Fawad khan. 2015 is lucky for Pakistani stars as Mahira khan will also be seen next to shahrukh khan in upcoming Raees.

Rasheed, who is known for his work in notable television plays as well as for his role of extremist Maulana Tahiri in the critically-acclaimed Khuda Key Liye, will be reprising a similar role in Baby. The brilliant actor will be a playing the role of a head against the terror activities in India. He has been roped in to play Maulana Abdul Rahman, the mastermind behind a deadly fundamentalist terror group planning to harm India.

Mikaal who is known both for comic and serious role will now be seen on big screen. However, Mikaal's role in the film has not yet been disclosed as we only see a glimpse of him in the trailer talking on a cell phone. Mikaal recently offered 3 roles in Indian movies including Godfather, Shoot on Sight and U R My Jaan. He chose to work in this movie as the script enticed him so much.

The film spanned far and wide, from Kathmandu and Istanbul to Abu Dhabi, Mumbai and Delhi. Mikaal Zulfiqaar with Anupam Kher and Akshay Kumar in film's poster. Being a Bollywood film, Baby surprisingly has no songs.

Neeraj said: "A film is about narrating an engaging and entertaining story to the audience. Some stories demand song and dance, while others work wonderfully without them. The essence and style of this film lend themselves to minimal distraction for songs."

Watch out Exclusive Trailer of Film 'BABY' below: