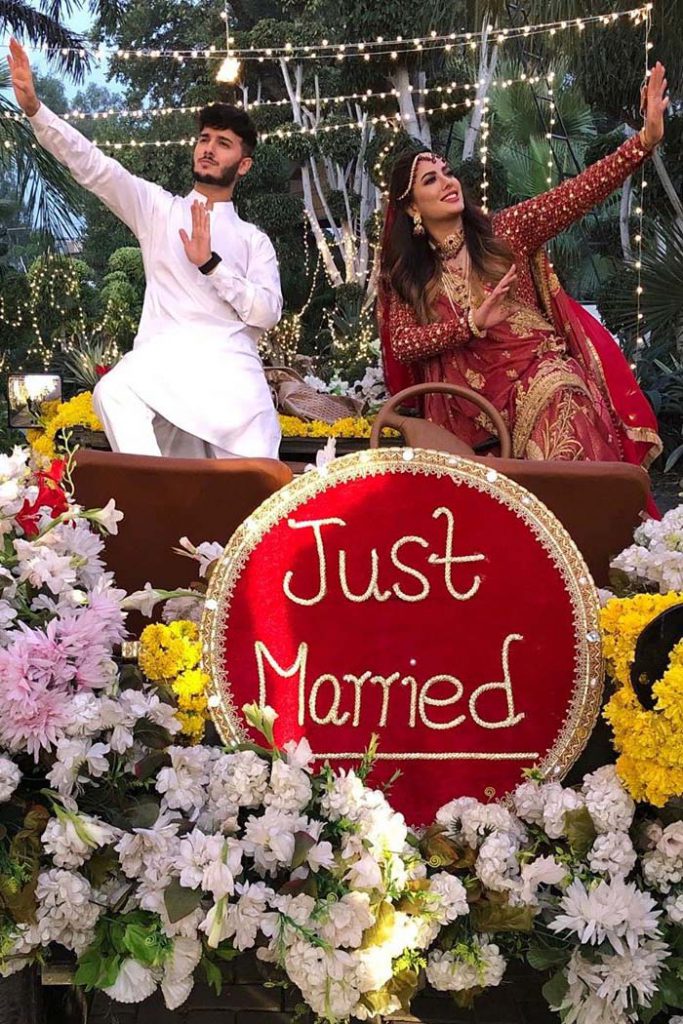 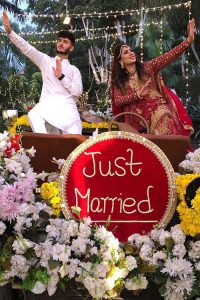 After Shahveer Jafry’s latest Instagram post, fans were left wondering whether he had gotten married to actress Mehwish Hayat or not, on Tuesday.

Shahveer shocked a lot of people on the internet when he posted a picture of him with actress Mehwish Hayat. The two were dressed like a bride and groom. A sign in the picture read: “Just married”.

“It was wonderful getting married to you @mehwishhayatofficial. See you again sometime,” he wrote as the caption for the picture.

It was wonderful getting married to you @mehwishhayatofficial. See you again sometime ✌🏼

According to a news report, Abrar ul Haq was also spotted with the celebrity duo. Hence, this could be a still from a music video that Shahveer has chosen to create a buzz around, quite cleverly.

The picture has gone viral on Instagram, garnering 114,000 likes and more than 1500 comments in a single day.