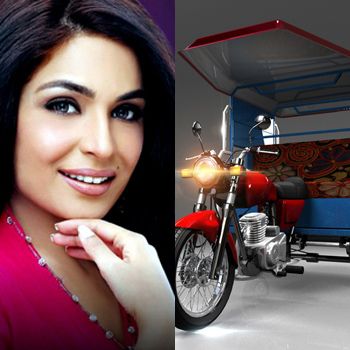 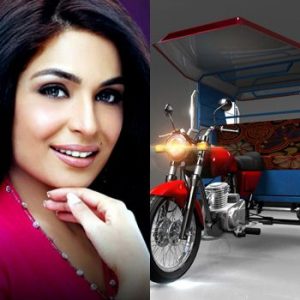 Actress Meera Lost Her Car Keys & She Had To Travel by Chingchi Rickshaw.

The ever green yet controversial Meera had to face a lot of trouble when she found her car locked and tried several times from different keys to unlock it, eventually ended up travelling on Chingchi Rickshaw to reach her destination.

Meera took a ride of Chingchi Rickshaw as she lost her keys and had to travel on a public transport to reach at her relative’s home. She hides her face with a veil to escape from media camera, but the media has finally captured the scene. After a while she was walking through a street where she entered in a house.