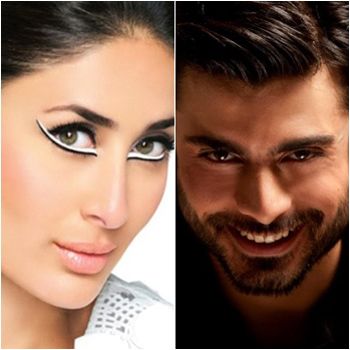 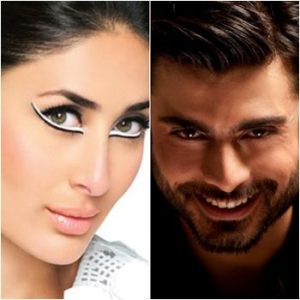 There is a rumor in the air that Fawad Khan will be featuring opposite Kareena Kapoor in Yash raj upcoming movie.

There is a rumor in the air that the super sexy and talented Fawad khan will be featuring opposite Kareena Kapoor who is not only a famous and most demanded celebrity in Indian industry but also doing some of the Pakistani projects. It is reported that Fawad Khan has successfully completed his 1st film shooting in India and is all set to work with another Bollywood babes Kareena Kapoor.

Heart throbbing Pakistani Actor, Fawad Khan is all done with his shooting of B-town movie ‘Khoobsurat’ in which he is playing a lead role opposite Sonam Kapoor. The latest update is that, this time he will be acting opposite stylish Kareena Kapoor in upcoming Bollywood movie that will be made under Yash Raj Banner.

Both the stars are known for their exceptional looks than their acting skills. Kareena is already famous both in Pakistan and India for her looks, whereas Fawad Khan is not behind in the race of acting. He is also a well-known actor here in Pakistan who got fame with his lead role in Humsafar.