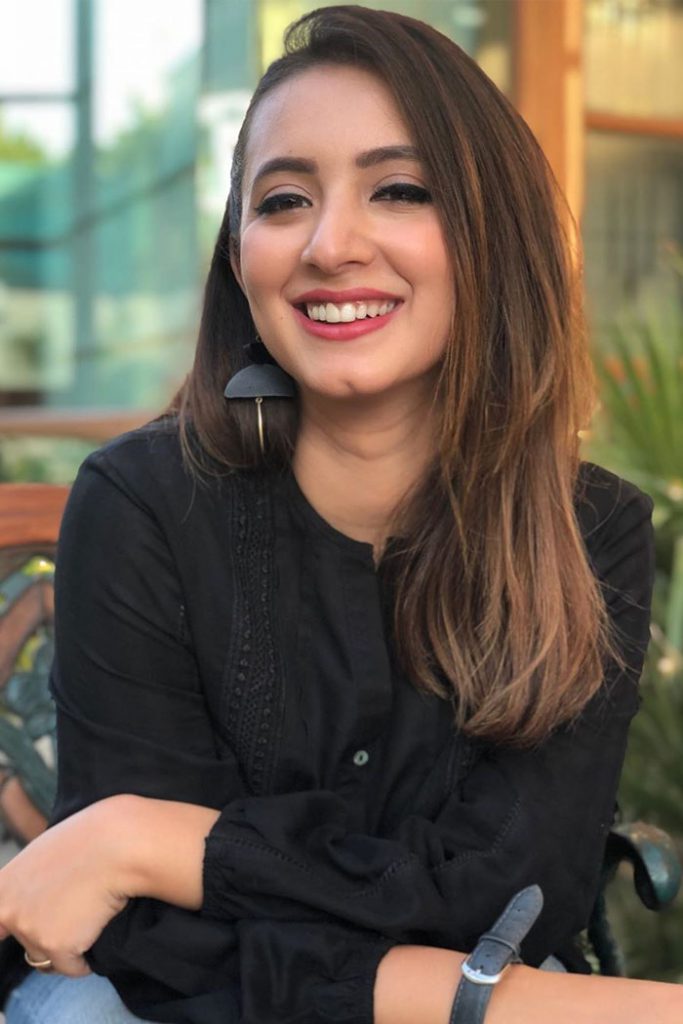 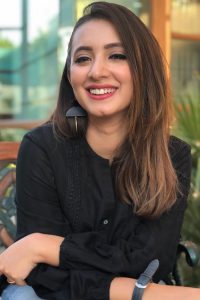 Komal Aziz has been in trauma after a man was murdered outside her house in Karachi. Komal shared the incident on her Instagram account while being in a state of shock.

Take a look at some of the screenshots from Komal’s Instagram stories: 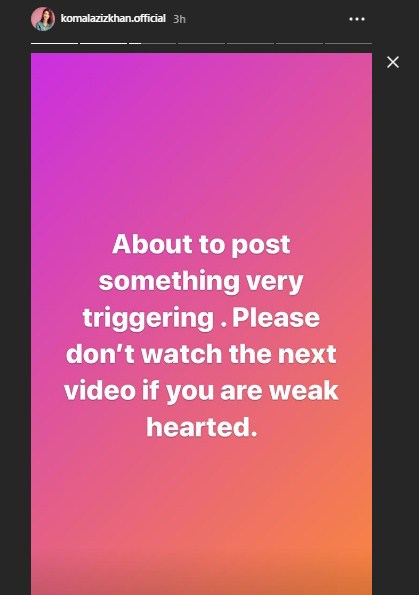 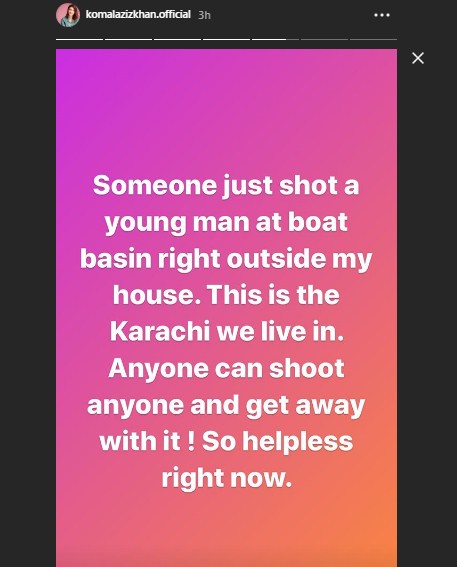 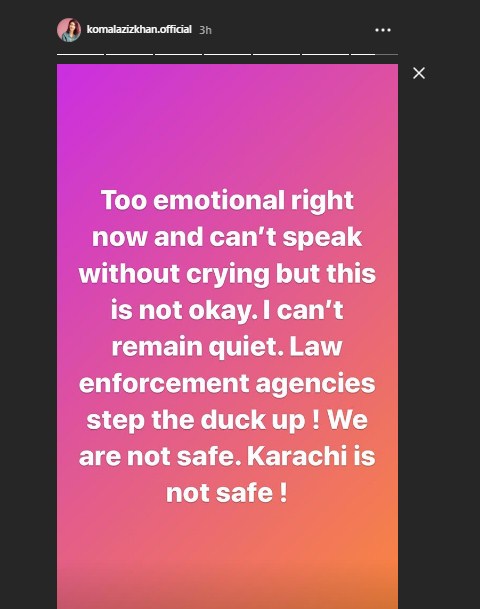 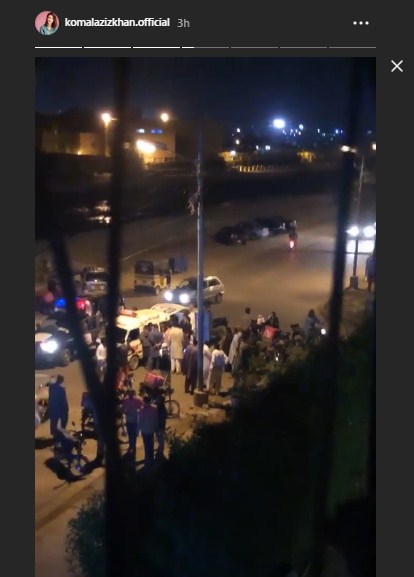 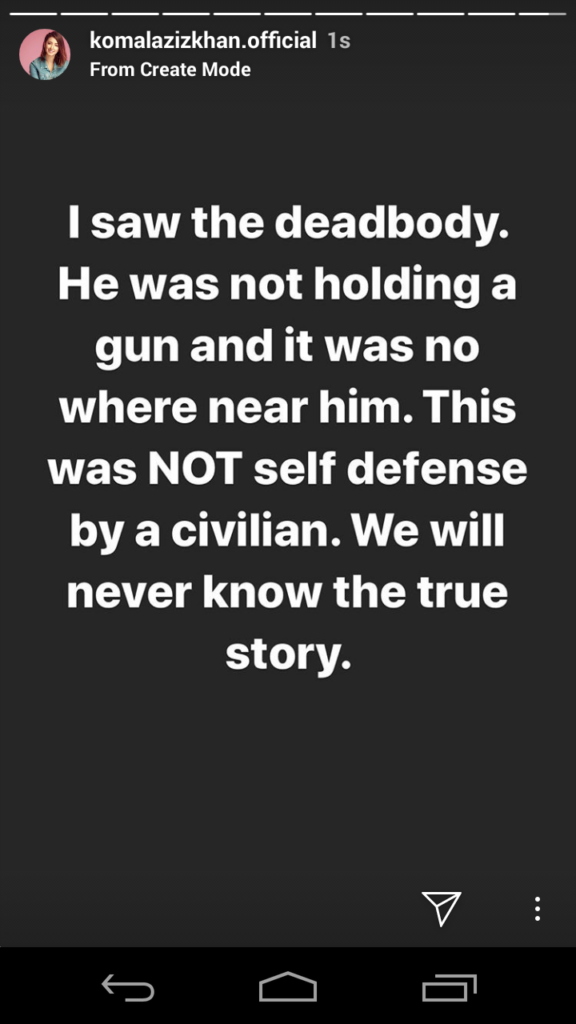