Katrina Kaif rules the Indian Film Industry, quite literally! The recent survey the ‘Mood of the Nation’ conducted by a leading media house listed the superstar as the numero-uno actress of Hindi cinema. The leading lady won the total share of 7.2% votes.

Katrina Kaif earned the maximum number of vote shares to win the title of India’s Heroine No. 1. Well, the star had a blockbuster year with the massive success of Sooryavanshi and back-to-back film announcements.

The superstar scripted history with Sooryavanshi as the film broke post-pandemic records at the box office and helped revive the theatre business. 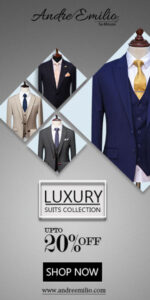 Meanwhile, Katrina Kaif has a packed calendar for 2022 with multiple releases on the horizon. The versatile actress has a Yash Raj Films’ next action drama with Salman Khan, Sriram Raghavan’s Merry Christmas, a horror-comedy Phone Bhoot, and Jee Le Zaraa, with Priyanka Chopra Jonas and Alia Bhatt.