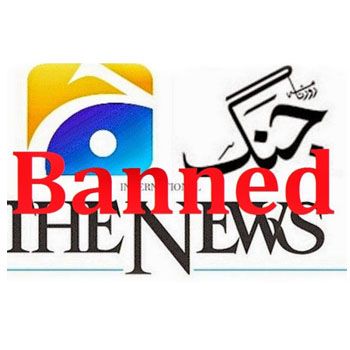 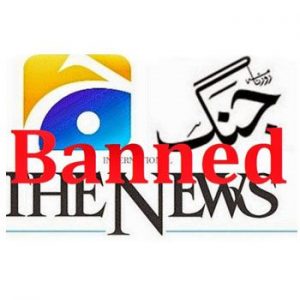 Geo Network which is known for sensationalism, biased news and best at portraying the negative image of Pakistan has finally accused for displaying blasphemy attempts on morning show, geo licenses has suspended by the political groups.

The Pakistan Electronic Media Regulatory Authority (Pemra) announced the suspension of Geo News, Geo Entertainment and Geo Tez’s licenses has been banned till May 28th , 2014,.

Due to the Blasphemy of Hazrat Ali and Fatima Zahra on Utho Jao Morning show hosted by Shaista Wahidi, the PEMRA authority has banned the transmission of Geo in Pakistan. Geo offices have been cealled. Decision was taken in a meeting in which five members named as Israr Abbasi, Mian Shamas, Farikha Iftikhar and Zeba Hassan announced the suspension of Geo Network.

Reportedly, Licenses of three Geo TV channels are suspended including Geo News, Geo Entertainment and Geo Tez. The suspension is valid until the next session by PEMRA for the final decision on 28th May, 2014.

Now just few hours before, when GEO News announced that instead of Geo Super, AAG TV (an entertainment channel for youth) will broadcast the Indian IPL opening ceremony, It has been disappeared(probably banned) as well.

Upon all this, GEO Network which has always remained Anti to the Government of Pakistan and the ruling dictators, is now claiming (some saying propagating) that Government is using such tactics against Jang and Geo group to cause heavy loss.