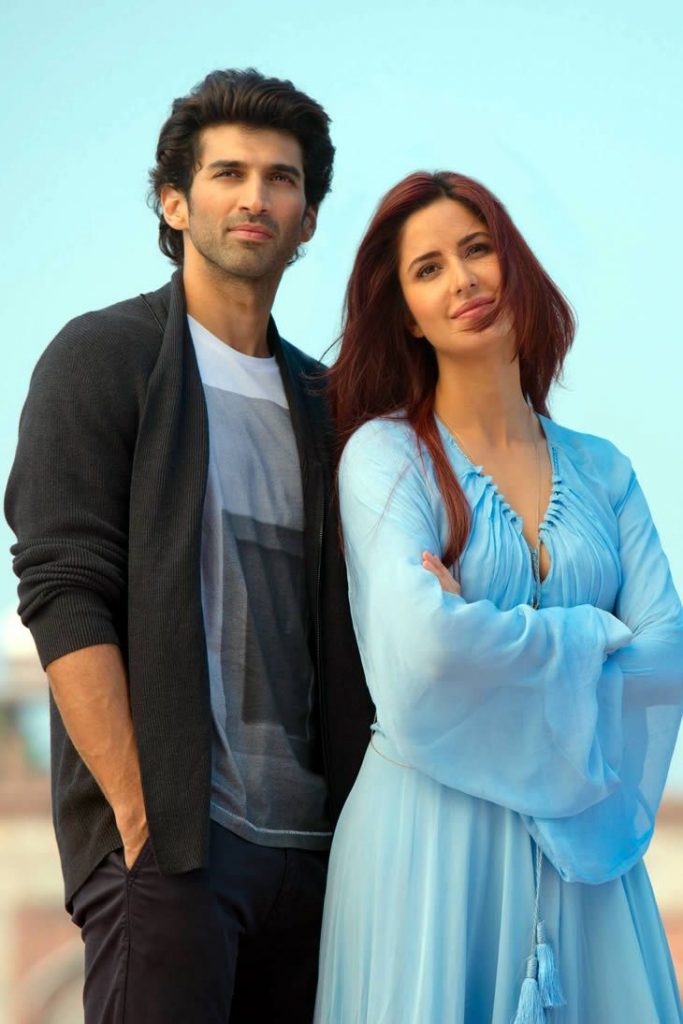 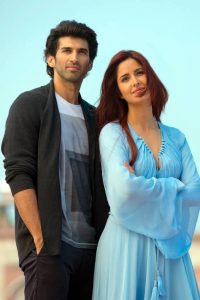 Indian film Fitoor starring Aditya Roy Kapur and Katrina kaif is an adaptation of Charles Dickens’ famous novel Great Expectations. Set against the scenic backdrop of Kashmir, the film uses elements of the books to create an erratic story line that oscillates between intense and mediocre moments.

For all those who have read the book will know how dark some of its characters are. Abhishek Kapoor reaches within the crevices of those dark places and presents his interpretation of love and loss….

A desi adaptation of the literary classic Great Expectations, Abhishek Kapoor’s love story painted in hues of red is as abstract as the artwork of its protagonist Noor (Aditya Roy Kapur). If you have read the book then the details will stand out (the scene with the shoe), for those who haven’t the plot will seem like a jigsaw puzzle with no matching pieces.

Katrina Kaif plays the enchantress Firdaus whose a pawn in the hands of Begum (Tabu) who has suffered loss in matters of love in her prime. Using Firdaus to break Noor’s heart is the only motive of her life. The climax of the film is altered to match the mood that has shades of insurgency in the Valley. Fitoor is slow, tedious and tests your patience when it comes to keeping up with the inconsistent plot.

Anay Goswami’s camera work is stellar. Abhishek Kapoor frames every scene like it’s a piece of art. He’s a modern day Sanjay Leela Bhansali in terms of setting up his frame. Like the former, his attention to detail is exceptional. Fitoor is a good looking film (and we aren’t talking about the lead cast). The first half is a visual treat. The long panoramic shots of Dal Lake, or the autumn lit apple trees are outstanding. The film begins with young Firdaus and Noor (brilliant casting) who are impressive. Especially the boy who plays the young Aditya Roy Kapur is phenomenal. Amit Trivedi’s score for the film is in sync with the storyline and creates the right ambience for its characters to develop. Pashmina and Fitoor title track both are hauntingly melodic.

Katrina Kaif looks like a million bucks and her Firdaus is a deadly combination of good looks and a mind that can plot a murder. Despite sharing the screen with a stalwart like Tabu she manages to hold her own. Aditya Roy Kapur is able to showcase the pain and anguish of Noor. But the film belongs to Tabu who goes in for the kill in every single scene. Her Begum is terrifyingly unpredictable yet so vulnerable and human. Aditi Rao Hydari and Lara Dutta are both welcome surprises and impress in their respective roles.

It’s not just the pace, but the treatment of the subject that plays the spoilsport. Abhishek seems a tad bit confused on where he wants to take his characters. Does he want to take them to a dark place and bring out the worst in them or does he wants them to be beacons of hope ? Unlike the book, his version of the story is haywire and all over the place. Firdaus and Noor’s romance goes from intense, to cold, to nothing.

So much that the climax fall flat because the build up to it took so long. Also Begum’s back story comes a little too late in the second half. using Tabu’s voice for Aditi who’s playing the young Begum was a bad idea. Ajay Devgn’s cameo act is not only random but also disconnected from the key plot of the film. Abhishek starts unravelling traits of his characters at such a rapid pace towards the climax that it becomes hard to keep track of their intentions. There is a lot of Urdu and heavy dialoguebaazi that creates a dreamy atmosphere but doesn’t add value to the plot.