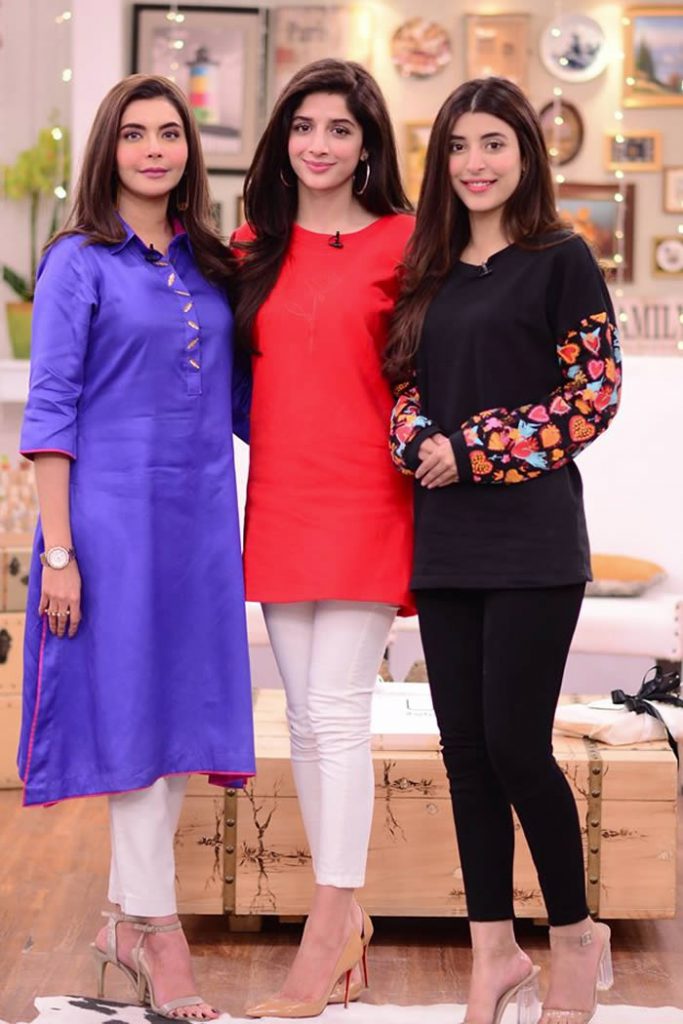 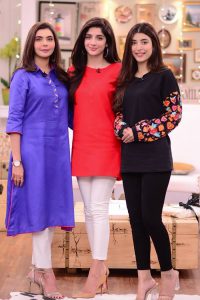 In a resurfaced clip from Good Morning Pakistan, Hocane claims she does not mind being catcalled. Unki bhi Eid hai.

Morning shows in Pakistan have been making headlines long enough, and more often than not, it is because their ability to breed problematic content has left viewers in bewilderment and disbelief.

Recently, snippets from an old episode of Nida Yasir’s show Good Morning Pakistan have been making the rounds on social media, where the team of Jawani Phir Nahi Ani 2 was invited to promote an Eid special.

We do mind. Please speak for yourself. Our “celebrities” really dont think before saying shit. pic.twitter.com/MSVp5R15vr

Being a festive occasion full of joy and tradition, Yasir nudged the celebrities to give an insight into their childhood celebrations.

“The girls go out to buy bangles, but the boys go to look, we all know,” she says addressing the men.

“Yasir Hussain, have you specifically left the house on Chand Raat to stalk girls?” she asks the Lahore Se Aagey actor. She then addresses Humayun Saeed and Yasir Nawaz.

“So tell us, did you ever leave your houses on Eid with the intention that you would get to see beautiful women at the markets?”

When the replies are awkward, the host turns to the women, inquiring Hocane, “Have you ever been teased?” who casually replied, “I think this is the fun of Lahore. The boys are catcalling, teasing, the cars are blasting full music. I think that’s the feel of Lahori Eid.”

Surprisingly, she continues. “So we don’t mind, keep looking at us.”

Nida then questions Mawra: “If anyone teases you even now, you won’t mind?”

“No, chalega, unki bhi Eid hai. (It doesn’t matter, its their Eid too),” she replies. Everyone laughs, the audience claps and the topic has come to an end. But has it, really?

Mawra has very nonchalantly pointed out that the spirit of Eid in Lahore comes at the expense of hundreds of women, the ones without bodyguards, who go out with the intention to shop and celebrate, but are catcalled and harassed by men in public spaces.

She has also, publicly acknowledged that she is okay with such harassment because it’s all in good humour. But other than the three guests on the show, I don’t know who is laughing.

Boys catcalling girls from roaring cars is not “fun.” Celebrations based on women’s discomfort are not “fun.” Objectification of our bodies on the streets is not “fun.” Being groped is not “fun;” and its extremely careless to normalise harassment, as if it’s a convenient part of our culture.

It’s sad that celebrities who come on such morning shows, despite having the platform and power to influence people, do not actively advocate for safety, education or respectful co-existence in society.

Instead, every morning, the audience has at their disposal an entertainment platform that more or less, encourages harassers and unhinged men to openly catcall, discredit and disrespect women in a society they are already marginalised in.

What’s even more unfortunate is that despite constant criticism, schooling and protest, Good Morning Pakistan does not generate better content, and does not do better.

Trusting in growth and refraining from cancel culture; here’s hoping that Mawra’s views have changed since then.