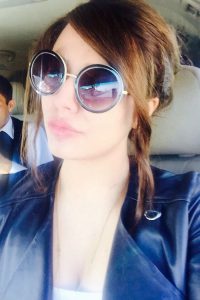 Ayyan Ali, the supermodel alleged for money laundering case, has decided to come back to Pakistan and fight her case with a fresh start.

Ayyan took to Instagram and wrote her mind out. According to the model, she was unable to lead her case that well in the past as she was going through mental and health issues.  The model has announced to hire new lawyers for her ongoing cases, saying she will defend herself against the false accusation that was implicated towards her without any proof. Referring to the video of the day she got arrested at the airport, Ayyan mentioned that various other political personalities were also accompanying her at the airport. However, they were not included in any trial or investigation. Ayyan further added that her personal life did not harm the country in any way, but people took her case a source of entertainment, uttering whatever they liked.