The power couple, Priyanka Chopra and Nick Jonas announced to the world a few days back that they have welcomed their first child via surrogacy.

While they didn't mention whether it was a boy or a girl, a report by TMZ claimed that Priyanka and Nick's first child was a baby girl. Now, Anushka Sharma, who shares a great bond with Priyanka and Nick, has penned a congratulatory note to the new parents. She also sent love to their little bundle of joy as they embraced parenthood. 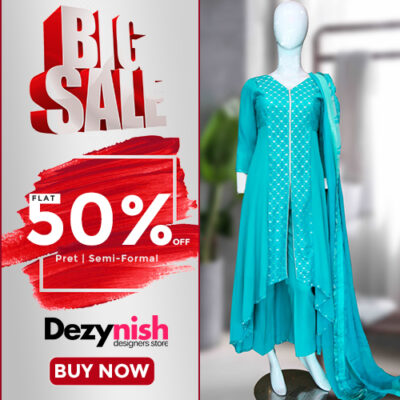 Taking to her Instagram handle, Anushka wrote, "Congratulations @priyankachopra and @nickjonas Get ready for sleepless nights and unparalleled joy and love. Lots of love to the little one." She added a few heart emoticons in her note. The Chakra 'Xpress actress, who embraced motherhood a little over a year ago, joined several other celebs from Bollywood and Hollywood in sending out good wishes to Priyanka and Nick, who welcomed their first child. Several other stars like Neha Dhupia, Mini Mathur, Bhumi Pednekar, Swara Bhasker, Alia Bhatt, and many other stars had sent Priyanka love as she embraced motherhood. 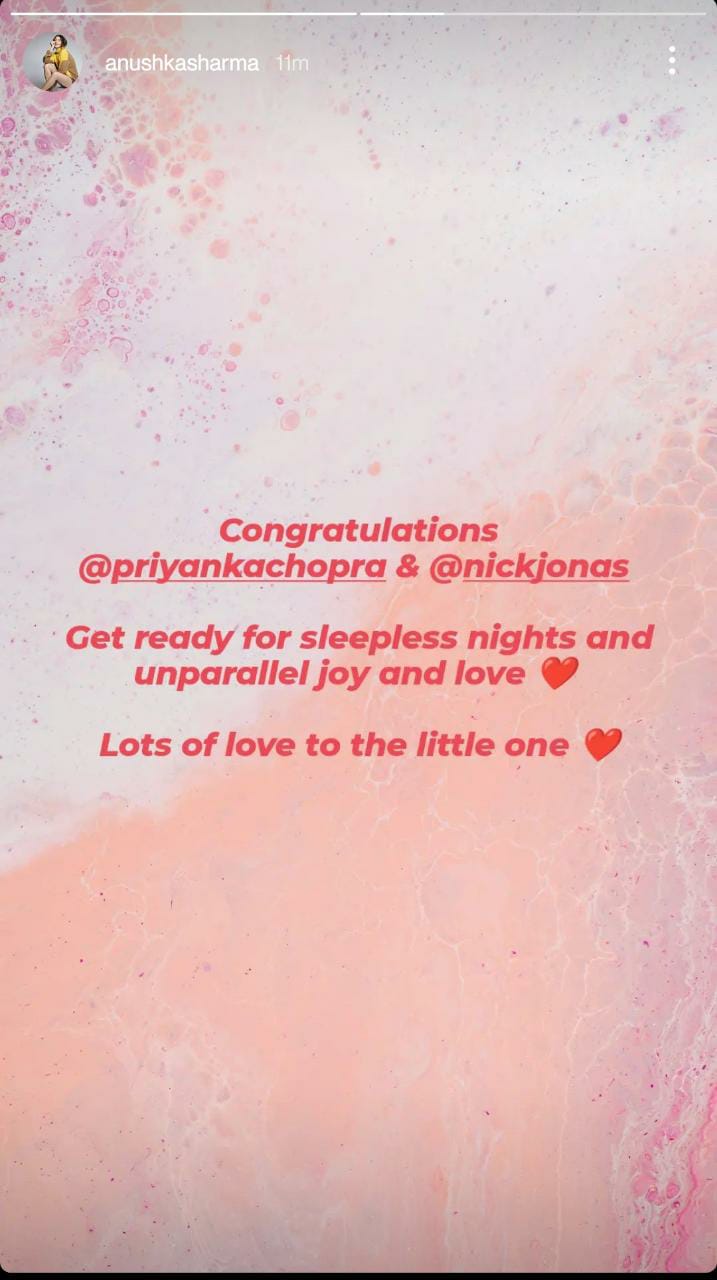 It was a few days back when Priyanka and Nick issued a joint statement on social media where they wrote, "We are overjoyed to confirm that we have welcomed a baby via surrogate. We respectfully ask for privacy during this special time as we focus on our family. Thank you so much." As per the recent report of People.com, Priyanka and Nick had been wanting a baby for some time. A source had told the magazine that both Priyanka and Nick were 'ready for this challenge in their lives. Another report by People.com had also claimed that the couple had renovated their home before welcoming their first child to make it more 'family-friendly. Well, it certainly is a happy time for the Chopra-Jonas clan and fans are waiting to see a glimpse of their bundle of joy.
Tags: bollywood celebritiesbollywood newsCelebrity GossipsCelebrity Newscelebrity style
Previous Post

Shweta Tiwari Apologises For Her ‘Bra Size’ Statement, Says ‘Am a Staunch Believer of Bhagwan Myself’