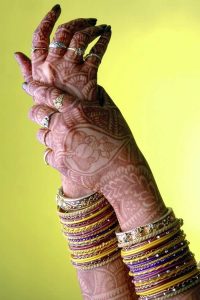 Applying chemical-laced mehndi (henna) on the hands can cause serious side effects including skin infection.

Festival Occasions and the urge to cover hands with Mehndi carry a cohesive touch for women. The occasion can be a wedding or Eid or linked to a festival, the women folk turn to Mehndi for adding a bright touch to the hands and feet.

Definitely Mehndi is acceptable to a large section of the female population in Pakistan and around but while Mehndi is an effective charmer, we must realize that use of Mehndi has side effects also. It must be borne in mind that the mehndi currently available contains a number of chemicals.

With the help of chemicals, the Mehndi becomes darker but in turns the chemicals can be harmful to the skin.

Hazardous Chemicals Are a part of Mehndi

Mehndi that is readily available in markets has PPD and Diamine in it. Skin infections result from this. The aim of adding these chemicals is to make the color shade dark but we must understand that the side effects of these chemicals are that they cause irritation, inflammation, and swelling.

Another harmful chemical is white oil that is a part of Mehndi and this is the cause of body ache and even restlessness. 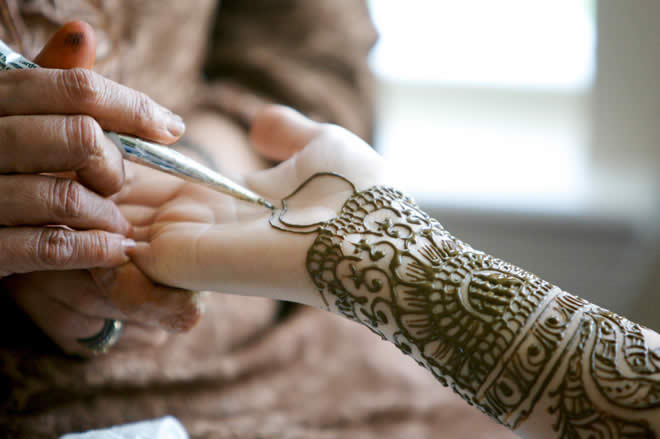 Mehndi Made Up of Natural Henna Leaves is safer

Mehndi quality acquired from the market cannot be evaluated from the angle of being chemical free. So the better option is to grind the henna leaves at home on a self-help basis. When applying Mehndi care must be exercised to ensure that if any itching is felt or any blisters are noticed, you should wash the hands without wasting a moment.

As a safeguard also apply coconut milk. At all times seek good quality Mehndi as doctors warn that cheap choice of Mehndi can trouble the skin and even be lethal.