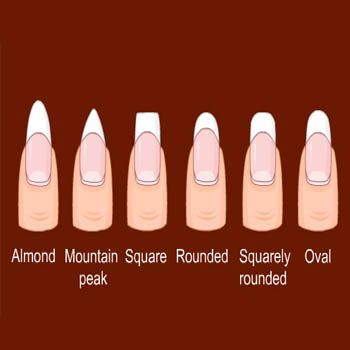 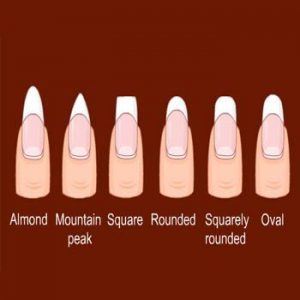 Many palmists have now come up to the conclusion that through the shape of the nails a person's health, their nature and character can be predicted to a certain extent.

People with short nails depict that the person lacks patience. Such people have a narrow spectrum of life and they tend to be stubborn at some situations. Basically the shape indicates that these people are weak from inner side and may also suffer from diseases related to their nerves in later life.

There are other interpretations too. Short shape of the nails might also tell that a woman is classy and prefer cleanliness in her life. By trimming them regularly, she has managed to keep a pretty shape of her nails. Such women can be known as perfectionists too since they keep a track of the shape of their nails on regular terms. Also, such girls can be more into sports and cooking which forces them to keep the shape of the nails short.

Long nails with such a shape that is equal in length and width, says a lot about the personality too. These people tend to stay serious and are much more focused about their work and getting success in life. Long nails also show that such women are more feminist and have a strong aesthetic sense so as to maintain their beauty regarding the shape of the nails. These women have less interest in doing household chores since washing and mopping can chip off their beautiful nails.

Women who have long nails but the shape is such that they are slightly bent downwards tend to have a depressed and an unhappy married life. Such women are also unstable with their perceptive in life. Their attraction towards the member of the opposite genders augments greatly as they mature.

Such shapes of the nails exist since a child is born. People who have triangular nails have a strong academic life and are scholarly people. Besides this, these people do become lazy and can act carelessly at times. However, they have a good potential to become extraordinary therapists and can make people feel better.

This kind of trait about the nails is more related to the diet than the shape which exists naturally. These people are considered to be drug addicts, liars or even involved in gamble. Nevertheless, such people are also caught up in the trench of poverty.