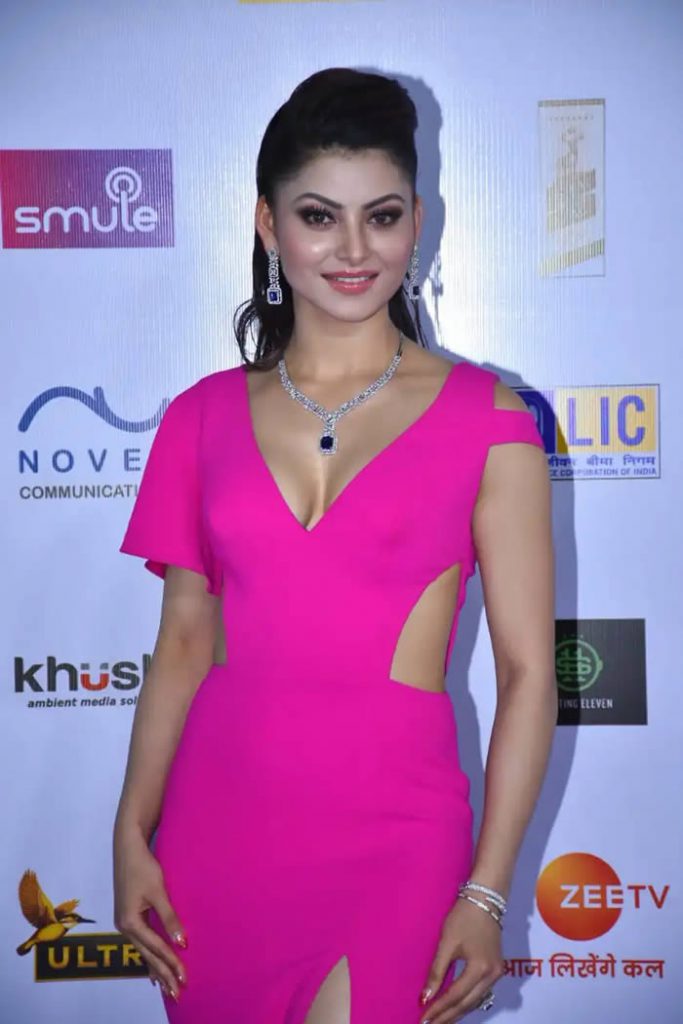 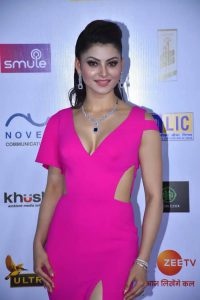 The 12th Smule Mirchi Music Awards 2020 was a star-studded affair with many singers and actors making stylish appearances as they came to receive their awards.

Bollywood is laden with events. After a busy week of Filmfare awards and Lakme Fashion Week, tinsel town is busy bringing their A-game to another award ceremony. The 12th Smule Mirchi Music Awards 2020 saw a lot of big names from the industry, making some enviable stylish appearances that have left us in awe. 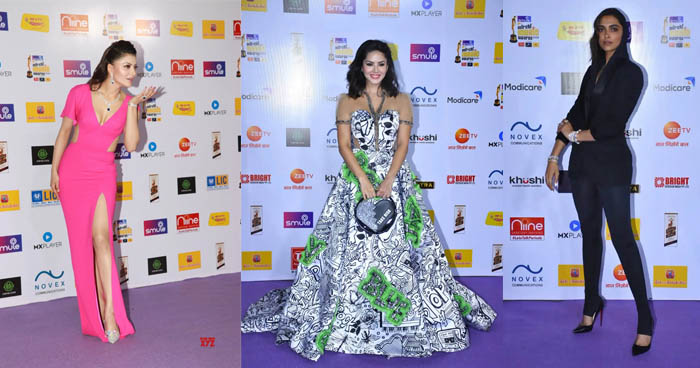 The pictures from the award ceremony have been flooding social media and we can’t help but stop and stare. While Deepika Padukone is slaying in an all-black outfit, Urvashi chose a bright pink color dress to impress her fans.

Scroll Down for Video:

Deepika wore a black suit teamed with matching leggings and high heels. The actress looked gorgeous as she decided to go sans makeup. At the event, she was honoured with the ‘Make It Large Award’. 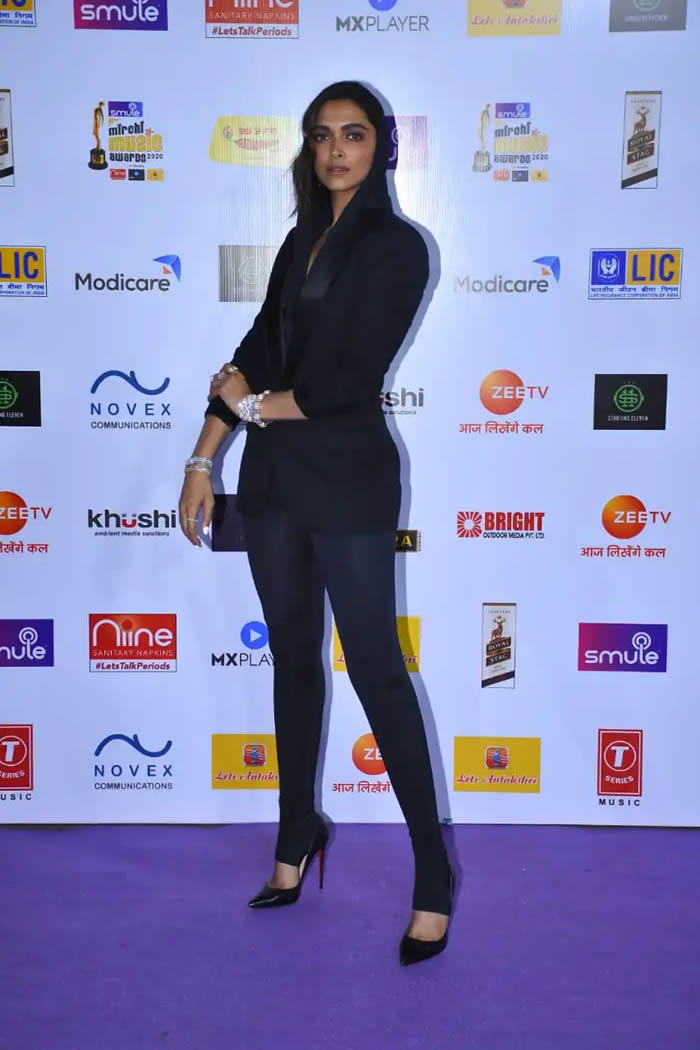 Apart from the event being a star-studded one, many celebs were honoured for their contribution. 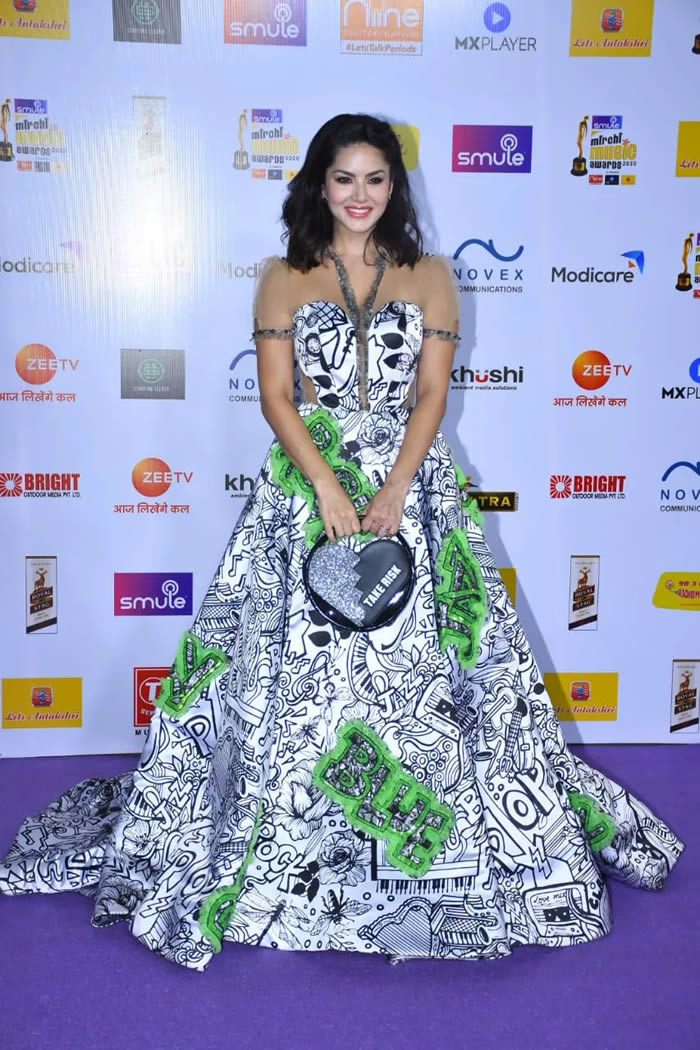 The awards honoured musical talent across many categories like Song of the Year, Album of the Year, Male and Female vocalist, etc. One of the most prestigious awards, the Lifetime Achievement Award was presented to none other than Usha Mangeshkar. 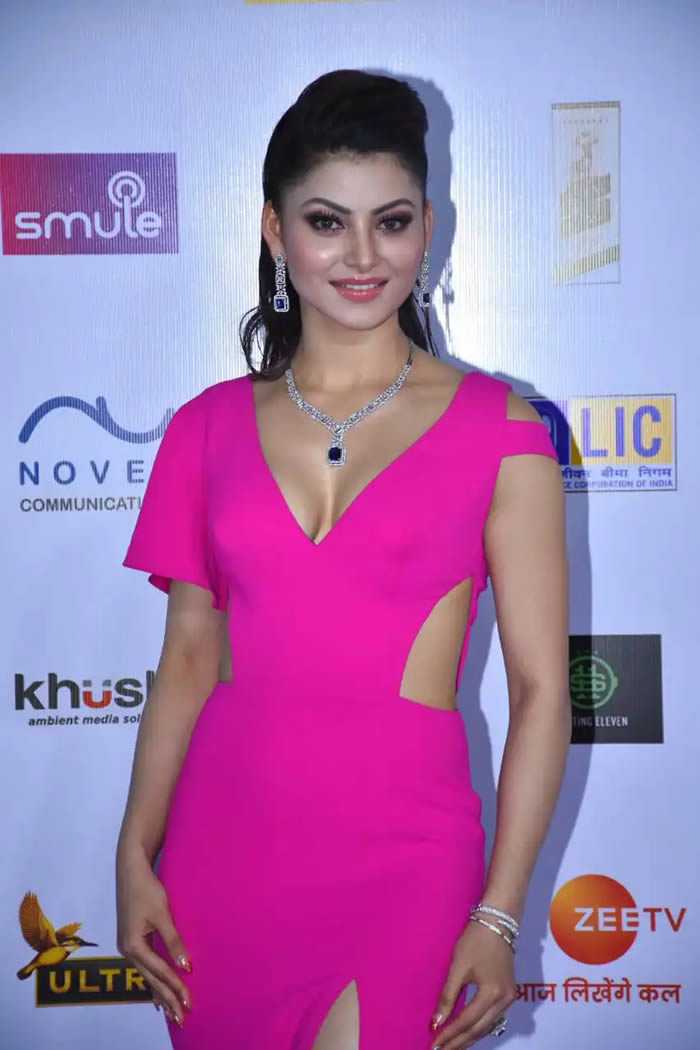 The show was hosted by Shekhar Rajivani and Aparshakti Khurana, accompanied by Neeti Mohan. 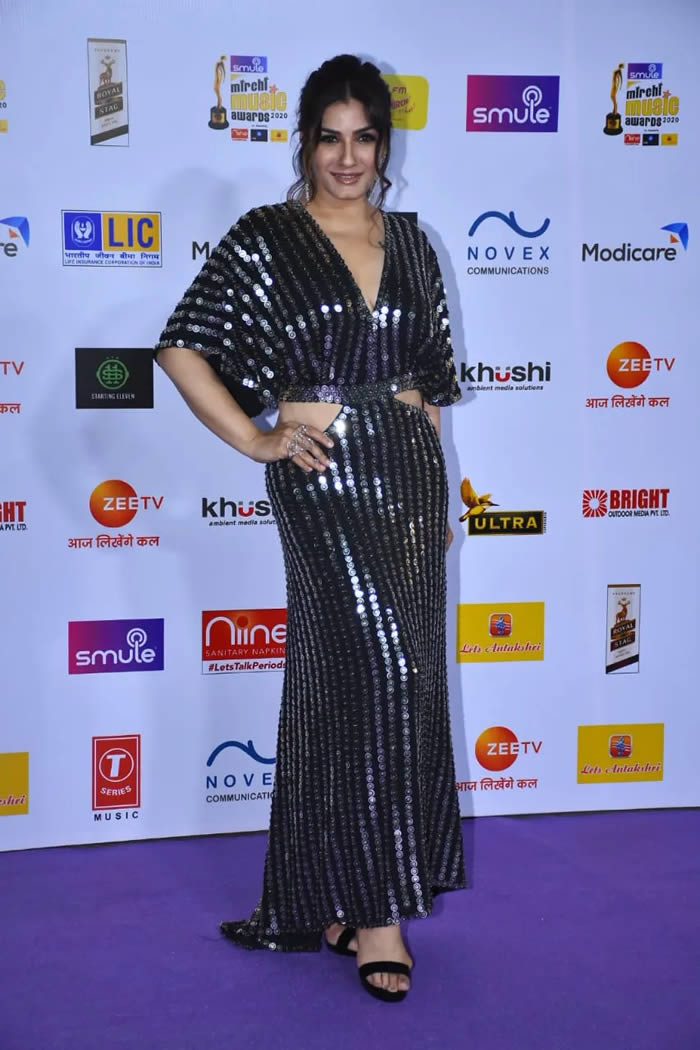 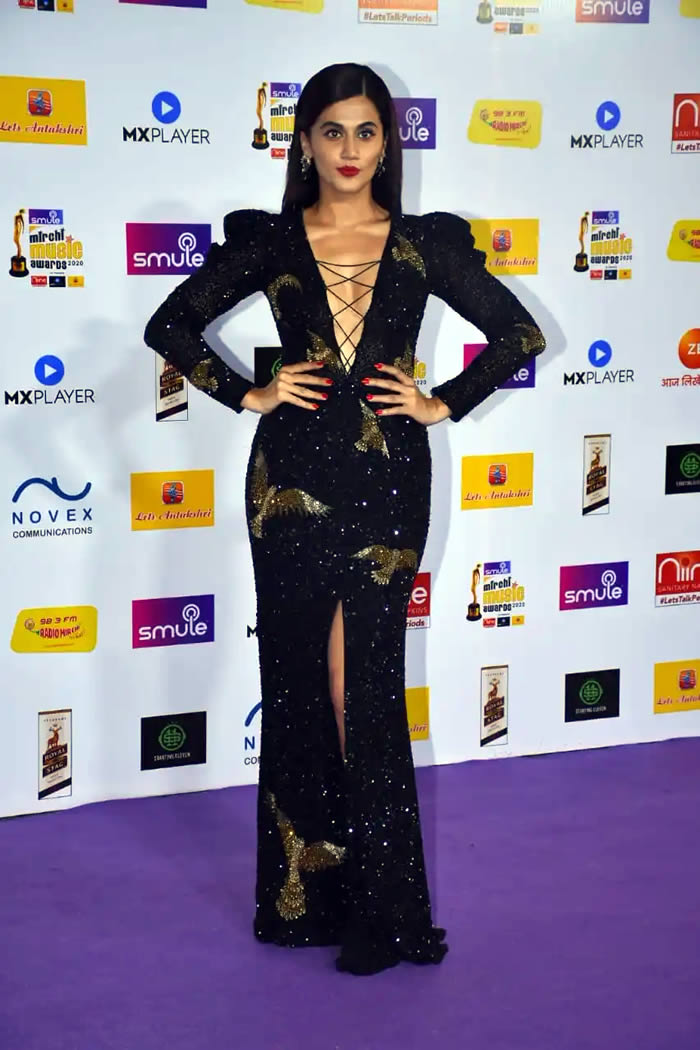