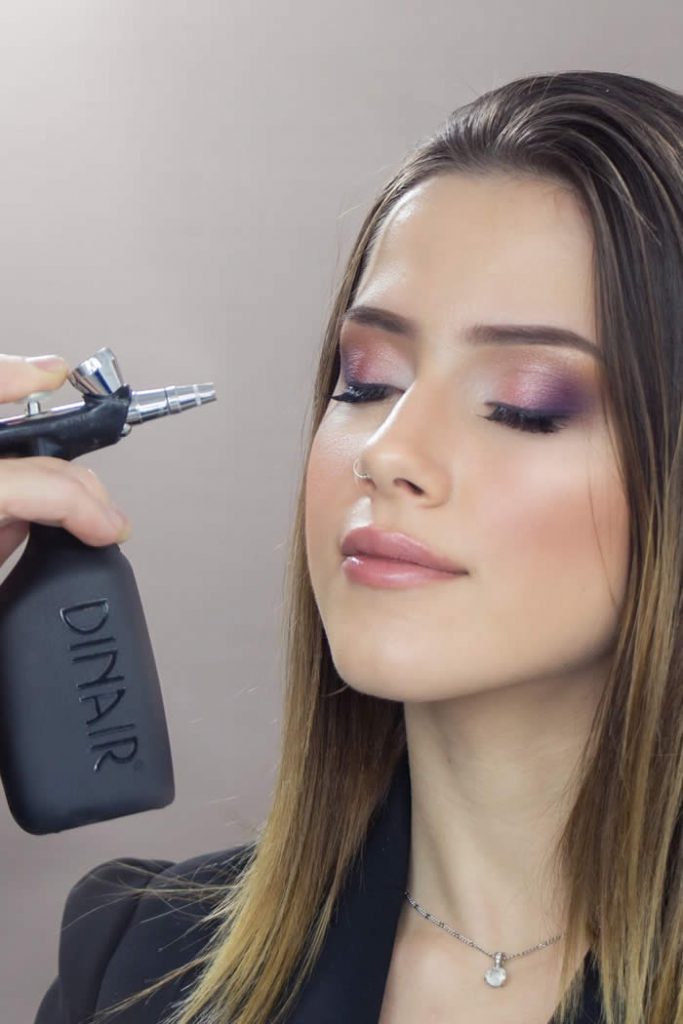 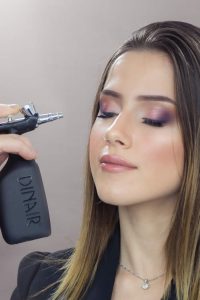 What ever happened to Fay Wray? We’ve lost her in the tunnels of time, but the new starlet captured in these beastly arms is just as gorgeous as Wray ever was – and we’ve done it all with a little bit of air! Sounds light? You’re right! Airbrushing! The flawless coverage and natural translucency that airbrush makeup offers is a huge step in the evolution of makeup art.

When the average person hears the word airbrush, we think of a car being painted, or the final stages of prints for magazines that are finessed into perfection. Today, these processes are accomplished digitally. The model’s print (who already happens to be stunningly gorgeous) is color corrected, her teeth are made whiter, her pupils enhanced, her lashes made thicker, her skin tweaked to perfection, her legs thinned out and elongated. It’s quite an artificial process and it leads me to the conclusion that I …or any farm animal in Bruce County, for that matter… could probably model for Vogue. However, what would you say if some of these adjustments could be made on your face instead of on your picture? I said prove it!

As I watched the tiny droplets leave the airbrush gun and dance in the air before landing on the subject’s face I was intrigued. I was sold when I saw a pretty great result dry into flawlessness. “Lets just wait a minute and watch the paint dry to see the final result,” the demo makeup artist whispered. (It reminded me of an episode on the original Star Trek with William Shatner hanging out with a colony of women taking “the beauty pill ” and watching all the “Plain Janes” turning into sexy amazons with the blink of an eye).

Spending time with the system I discovered the secrets that airbrushing holds. The airbrush gun takes the tiniest, most fragile foundation molecule and oxidizes it into a high opacity. In other words, one can wear the sheerest of sheer foundations and have virtually perfect skin. When I took the airbrush foundation and tried to apply it by traditional methods (a sponge and my finger tips) it was too watery to work with. Yet the same foundation passed through the air system takes on a new characteristic and a strength that I have not seen in the twenty-six years I’ve been painting faces.

Our model, a mother of two in her mid-thirties is posing for a “beauty and the beast” concept photo shoot. Genny has had her foundation, contour, and eye shadow air brushed. This photograph has been slightly lightened but is untouched. Genny typically has darkness under her eyes, and an uneven skin tone. 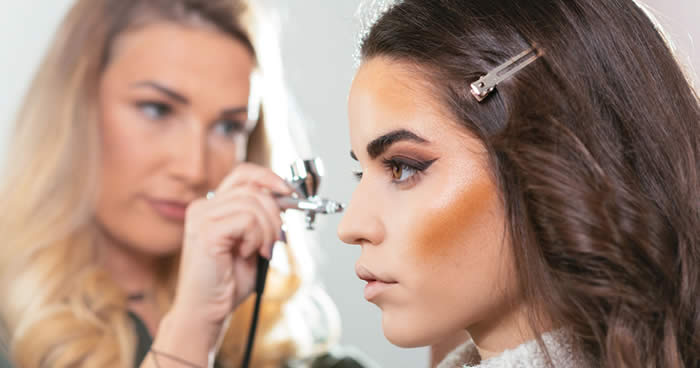 THE PROS OF AIRBRUSH MAKEUP:

THE CONS OF AIRBRUSH MAKEUP: