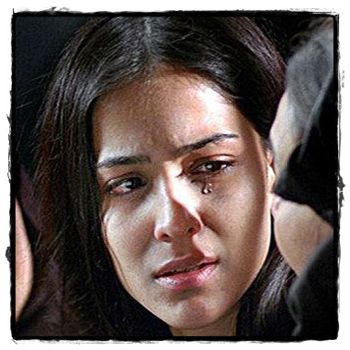 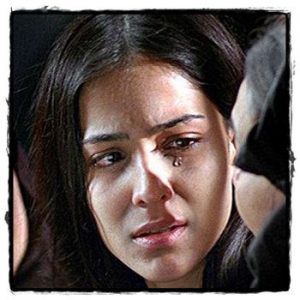 Pakistani actress Humaima Malik love for her brother aroused by seeing an emotional scene in most talked about drama serial Chup Raho.

The most in demand and talked about serial “Chup Raho” fan following is increasing day by day. The characters role has completely grasped by the viewers and the reactions to each and every act are taken seriously. Not only the viewers, the family members of the acting characters are getting affected by the dramatic scenes shown on serial.

Feroze Khan, brother of Humaima Malick comes from a family of stars and has earned a lot of acknowledgements from fans. Drama fans are appreciating Feroze Khan’s superb acting and persona. Moreover, the actor is endorsing many TV commercials and also a brand ambassador for a leading cellular company too.

Feroze Khan rose to fame with the drama Chup Raho, the drama with highest TRP and is the talk of the town nowadays. Tin this ARY weekly soap Feroze is playing a role of Azar - a young man who is married to the main protagonist Rameen played by Sajal.

The two fell in love and got married but when he finds out that Rameen had been molested by his own cousin he cannot handle the situation and kicked her out of his life. In the latest episode of Chup Raho Azar shoots himself. The reason behind shooting himself is that he couldn’t provide protection to the love of his life.

After watching this scene, Humaima Malik couldn’t resist her emotions. Humaima tweeted that when she saw Azar killing himself she cried although her brother who played the role was sitting right next to her.

It won’t be wrong to say here that the brother sisters are very much emotionally connected and supported each other through the entire thick and thin. Feroze Khan also supported his sister when the news of what happened on the PIA flight came out.

Feroze Malik is rising day by day and is expected that the star will get more roles in upcoming dramas. Both his sisters Dua and Umaima are enjoying stardom and enjoying popularity in their respective fields. Humaima Malick has not made a name for herself in Pakistan only but has also won many hearts in India. The Raja Natwarlal actress is also going to be seen in an Indian soap soon.