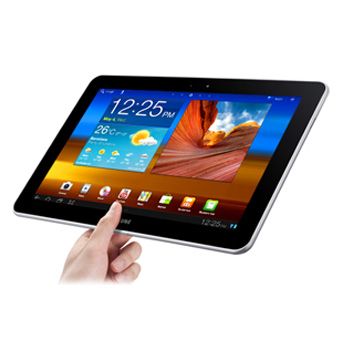 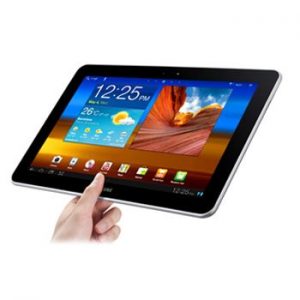 The technology is moving on a very fast pace. Tablets are now taking over laptops and soon everything will be on touch. Samsung Galaxy Tab 10.1 is very close to an iPad 2 and has a lot of interesting features.

There was a time when we became familiar to computers and realized what this machine can do for us. Soon we started doing most of our work and entertainment on computers. Soon enough laptops came in to being and we all switched to laptops because they were more stylish and handy. Laptops became a necessary just like computers did.

Today we hear another came in the technology industry which is a tablet. A tablet is a really nice sleek and sexy looking machine which has a screen, camera and USB ports. The rest in these tablets work on touch. You just need to touch on the screen to move around and do everything. It is even handier than the laptops and more importantly all you have to do is touch which is the least effort you have to make while working. Nothing can get more magical than just touching tabs on your device and the machine working for you.

Samsung Galaxy Tab is very close to an iPad 2 and it is also very sleek and sexy in design. It has a 3-megapixel back camera and a 2-megapixel front camera, and powerful dual speakers. It is also lighter in weight than the iPad 2. The first thing that struck us upon taking the Samsung Galaxy Tab 10.1 out of its box was its slim profile.

In fact, when it's lying next to the iPad 2 we honestly can't tell which tablet is thicker and unfortunately we don't have a micrometer handy to get down into the business of microns. The Galaxy Tab 10.1 weighs 1.24 pounds, compared with the iPad 2's 1.32 pounds.

This is Samsung's first tablet with a 10.1-inch screen, and it looks fantastic. The Super PLS-based display, with its 1,280x800-pixel resolution, produces a clear, crisp image, with a wide viewing angle that looks great when Web surfing or browsing the app store.
0 0 0 0
February 21, 2017