How Do I Get Rid Of Dark Circles? 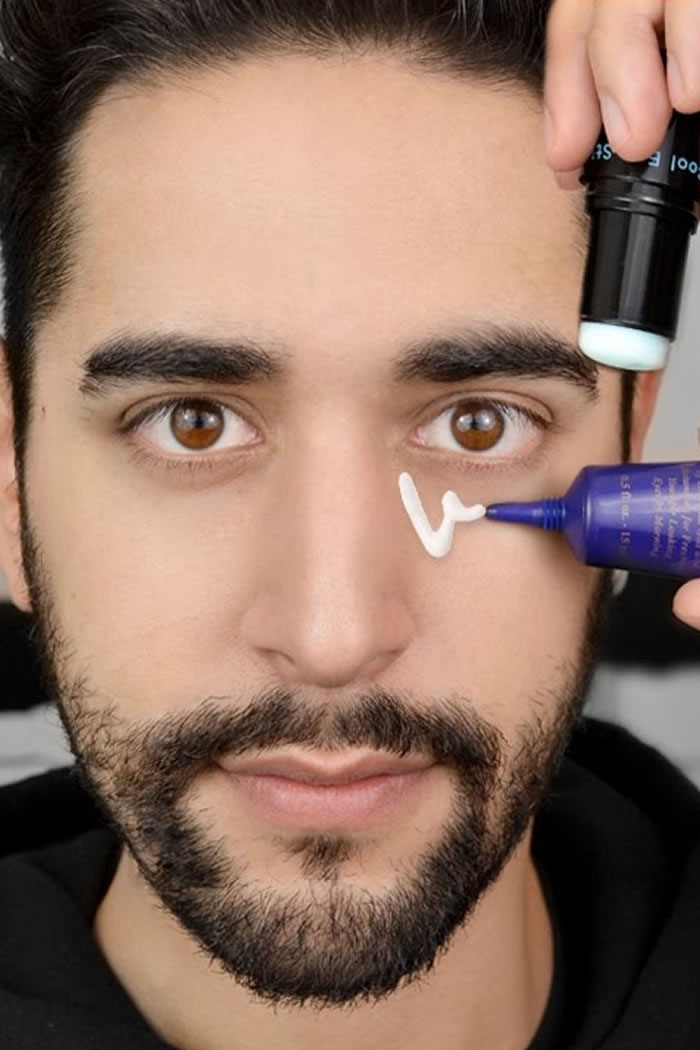 Long story short, eyes that look like someone’s taken a pee in snow are caused by a buildup of toxins that enlarge the blood vessels just beneath the thin, delicate skin that surrounds our peepers.

More often than not, this is caused by environmental factors such as a lack of sleep, dehydration or stress. If after a good night’s kip they start to fade away, chances are they were just the body’s way of demanding some R&R. Cut down on the booze, drink plenty of water, stop smoking (nicotine constricts blood vessels, which leads to a breakdown of collagen), keep sunglasses on in bright weather and of course – get enough sleep.

If like Simon, however, a full eight hours a night and two litres of water a day aren’t enough to stop you looking like you’ve been on a three-day bender, it’s probably down to DNA, something that’s going to require more than bed rest to fix.  So what can you do aside from shout at your parents? First things first – accept that the usual treatments won’t work. There are alternatives to a night full of Zs that are more suited to what’s essentially a skin-related problem rather than an environmental one.

The eyes are the window to the soul, so if headed out a big date or interview where you’d rather your soul not look completely knackered, opt for a cold compress. Doing this constricts the blood vessels temporarily and can offer (very) short term relief. If puffiness is an issue also, take a tip from the model world and pop two wet, cold tea bags under your oculars – they contain natural tannins that’ll lighten the load. A tailored grooming routine can also help stop David Attenborough from mistaking you for a raccoon and casting you in Planet Earth III.

The skin under the eye is 10 times thinner than on the rest of the face, so products should be applied incredibly gently using a ring finger. Don’t go rubbing it like Aladdin with a lamp or you’ll risk bruising, which will only make the darkness worse. Swapping regular moisturiser or eye cream to one containing retinol will help, too. This magic ingredient stimulates the production of collagen, thickening the paper-like skin. While sleep might not fix the shadows, snoozing on your back and using an extra pillow stops fluid pooling around the eye.

Adding a protective cover to the top pillow to keep it free from dust will also help as dust mites can irritate the problem. If all else has failed, channel your inner metrosexual and apply some concealer. It might sound a step too far, but it’s an incredibly effective and undetectable method used by countless male celebrities. YSL’s Touche Eclat will do the job best – just dab a small amount under each eye and it’ll harness light to stow those bags carefully away.