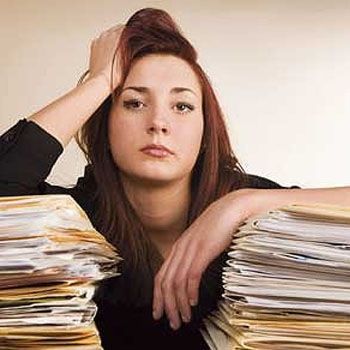 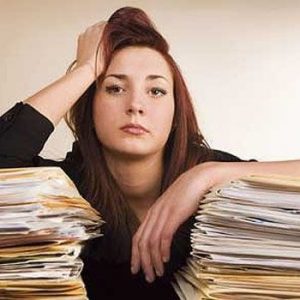 A new study finds that although woman is a weaker sex but they comparatively work more than men. Surveys show that fifty four percent of women are reported to work nine or more hours a day. This work routine makes them a victim of many problems which incl

A new study finds that although woman is a weaker gender but they comparatively work more than men and also enjoy it rather than taking it as a burden. But one should never deny the fact that women are physically weak and working for long hours may or may not be good for their health. Surveys show that fifty four percent of women are reported to work nine or more hours a day. This workroutine makes them a victim of many problems which includes obesity, laziness, stress etc.

Studies have also found out those women who work more than 49 hours a week gain an average of approximately 1.9 percent of their weight over a two year period. Employed women have less time for sleeping, exercise and preparing home cooked meals than unemployed ones and due to that they start gaining weight and become inactive. Accumulation of weight has a very bad effect on health and may also result in heart diseases.

People who are the last one to leave the office or work extra time may see the benefits in their pay cheques but definitely are at a loss on many things. One of which is that they become lazy. Laziness makes a person boring, fat and depressed at the same time. If you are just giving time to your office work, you will also end up with many health issues.

A person who is addicted to work is called a workaholic. Even if he/she does not enjoy their work, they still are compelled towards it and can’t help themselves to come out of that loop. The result of this is that they neglect their families, friends and relatives. They don’t have any other distraction in their lives other than work. Furthermore, they become machines or robots when it comes to work and due to that, they lose interest in everything including their favorite sports, hobbies etc.

Working overtime increases the risk of depression because mostly people think a lot while working. They don’t have any spare time to hang out with their friends or family or share problems with them. Hence, they keep all the problems to themselves which constantly keeps on revolving in their mind at all times. Working overtime can also have an adverse effect on a person’s thoughts, behaviors and feelings.

It’s a common fact that workaholics are less effective than other workers. The main reason behind it is alcohol addiction and sleep deprivation. Workaholics turn to alcohol when they are unable to maintain their usual quality of work with the limited resources that are available. Hence, they stop believing in themselves and take too much stress about their work and more than it is required. Eventually they become a victim of long term flu, fever and sleep deprivation.
0 0 0 0
February 20, 2017