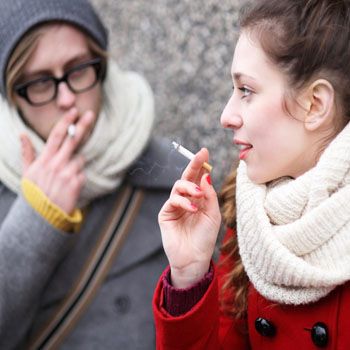 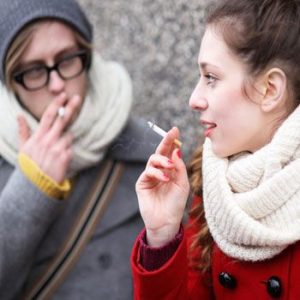 It is a serious issue and should be a concern for anyone who breathes it in. Non-smokers inhaling secondhand smoke share some of the health risks as smokers face. Donâ€™t underestimate the dangers of secondhand smoke. Stay healthy and keep away from smoki

Smoking is injurious to health not only for smokers but also the people around smokers. Secondhand smoke is also known as passive or environmental tobacco smoke.  Secondhand smoke comes from both the smoke of that smokers exhale (called mainstream smoke) and smoke floating from the end of cigarette. Non smokers who breathe in secondhand smoke take in nicotine and other toxic chemicals just like smokers do.

When you are around a person who is smoking, you inhale the same dangerous chemicals as a smoker does. It has long been known that even non-smoker can experience the same health hazards from cigarette smoke and latest study suggests the impact and danger of smoke may depends upon your gender and dangers might count on your gender. Secondhand smoke does not have the same impact on teenage boys of the same age which suggests that passive smoking exposure is more damaging for teen girls than boys.

Teenage girls are at far greater risk from secondhand smoke than the boys of the same age, according to a new study. Researchers found that when teenage girls are exposed to secondhand smoke, they tend to have lower levels of the good form of cholesterol that reduces heart disease risk. New research which is detailed in the journal of Clinical Endocrinology and Metabolism (JCEM) has revealed that passive exposure to cigarette smoke is more damaging to teenage girls than teenage boys.

The Low density Lipoproteins (LDL) can create a waxy build up that blocks blood vessels. According to research it was proved that passive smoke exposure is more risky factor for woman than a man. Cigarette smoke may pose particular problems for women’s hearts, however, since previous researches showed that smoking leads to a 25% higher risk of heart disease risk among women compared to men.

Scientists detected from their research that teenage girls who grew adult in homes where smoking was benefaction were more likely to have revoke levels of good High density lipoproteins (HDL) cholesterol that helps to strengthen opposite heart illness by clearing cholesterol from a blood.

Public health efforts needed to focus on reducing young children secondhand smoke exposure in the home particularly for girls. Smoking is bad for health. It destroys not only a smoker’s life but also the people who are associated with him. It is suggested by experts that there is a strong need to redouble the public health efforts to reduce the chances of secondhand smoke exposure to save the loved ones at home especially the girls.