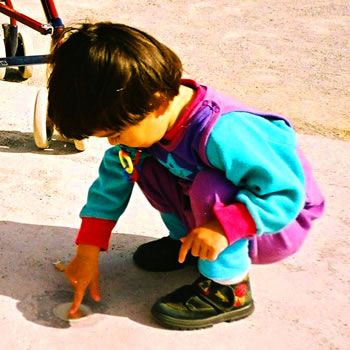 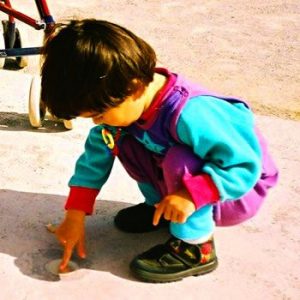 Changing trends have revolutionized the lifestyles a lot. A lot of ways kids today are different from what earlier they used to be. Looking at the way kids live these days makes me wonder, have kids lost the ability to play alone?

The world has changed from the 80’s, 90’s and now 2000.This changing years has brought a lot of changes in living standards too. By all means our living standards have increased due to the massive improvements in technology that have not only made our lives much easier but also have decreased the hassle of going from places to get things. Now it is just a call away that one can get food at their doorstep, not only that but to think of it. Most of the physical work has been cut down due to shortcut to everything.

Since everything has its prerequisites and advantages. This facility which has helped at one point working women, has also caused an extreme shun to the thinking capacity of children.  A child of this era has to possess an X-box, I-pad and game boy to play with. Most kids play on these devices 24/7. It makes it very convenient for the mothers to take some time off their kids and concentrate on work. But due to this negligence the children only play on these devices. It makes me wonder, have kids lost t he ability to play alone?

Mostly when I see kids at a birthday or some occasion, half of the time they are so shy and are crying or either clinging to their moms that one ponders have the kids lost the ability to play alone? Do they always need some technology around to feel comfortable and happy in? Are humans not a source of joy for them?

At a certain survey, a mother said “since one year, my five year old son has been very co-dependent. He will not play alone, and when we insist on it, he mopes and then will find an excuse to come back down stairs and follow his dad and me around. Even when he is in his room playing, he will only play for 5-10 minutes, and is constantly talking to us via shouting from his room. It's like he cannot be alone, and constantly has to have a companion or an audience.”

Considering these complain, one thinks have the kids lost the ability to play alone? To a certain extent I would say yes. Partially for this immense problem, I believe parents are to be blamed for. When you don’t teach or give your child tools to play with, like toys, blocks, Lego and etc. Handing over some technology constantly shuns the imagination center in their brains because they are using the computers imagination to play.

Also for most kids, a sense of connection and safety is easily broken when they see a parent going away from them even to wash their hands. Because this fragility in behavior, sooner or later every child experiences some sad feelings about not getting their parents attention that they crave for and later this can result in strong emotional problems.

To solve such issues what you can do is arrange for some special time, announce it so that your child anticipates the event and make him wait. Maybe tell him it’s a surprise so that he doesn’t feel left out or anything. This way your child will learn to stay away from you for some time and play on his own with toys.

Also arrange for some special time in which your child gets your undivided attention and ignore any voice mail or calls. That way you will be balancing both the things and will be able to make your child grow without any emotional baggage that would result in a problem later in future. Being dependent on anyone for anything is bad. Therefore the child should have the ability to play a Lone as much as he wants to.