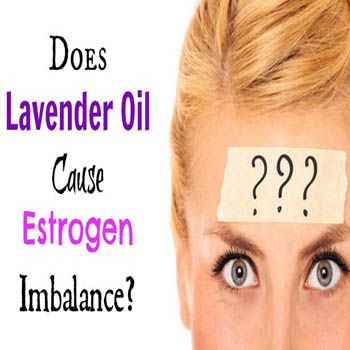 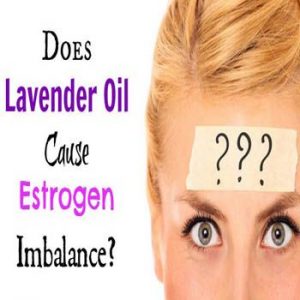 Latest research has showed that lavender oil does not cause decrease or increase in the level of estrogen. This article will help you in understanding the rejection of old research by the latest study. Lavender oil is a useful herb that doesnâ€™t affect e

Lavender is a useful herb, the oil of which can be used for many natural remedies. Lavender has long been used in many products because it is high in antioxidant content. Lavender is also used in aromatherapy where it acts as a stress reliever. It is used as a remedy for insomnia, stress, anxiety and depression.

However, while lavender is full of advantages, its use requires care and prudence because of its side effects. Older studies suggested that lavender oil causes estrogen imbalance which has proved false by new research. Lavender oil does not cause estrogen level imbalance.

According to the old study, Lavender oil causes imbalance in hormone. May of the reservations about Lavender oil causing estrogen level imbalance stemmed from the research published the New England Journal of Medicine in 2007. Lavender oil is used in many beauty products and cosmetics. It is also used in ointments and breast enhancing creams as lavender appears to increase the production of natural estrogen level that causes breast tissue enlargement.

Unfortunately the product application to skin is not safe for the young boys who have not yet reached puberty. It has a great deal of side effects for adult men. The use of lavender oil on the daily basis can lead to adverse health effects. However this is not proved whether lavender oil has similar endocrine disruptive effects in girls who are mature or pre pubertal. The side effects of lavender oil can be even more damaging for men than women.

A 2007 demonstrated a number of side effects of Lavender. The findings suggested that Lavender oil causes hormonal effects that disrupt the normal hormones in a boy’s body. Sometimes by applying beauty products or cosmetics that contain lavender oil can lead to abnormal breast growth in boys which is known as gynecomastia. The enlargement in male breast is associated with hormonal balance.

Latest studies have revealed that it is wrong. According to the latest study, lavender oil neither minimizes the estrogen nor enhances the body’s own estrogen. Lavender oil is non estrogenic. Therefore, it does not act as a hormone disruptor and cause breast growth in young boys. All caution and warnings that were suggested by the research of 2007 are unnecessary and premature.